Accepting her doctorate from the Sorbonne of France, at the age of 65, Dr. Anna Julia Cooper said, “I take at your hands . . . this diploma, not as a symbol of cold intellectual success in my achievement at the Sorbonne, but with the warm pulsing heart throbs of a people’s satisfaction in my humble efforts to serve them.” A deep thinker, master teacher and self-sacrificing servant of our people, Dr. Cooper was born August 10, 1858 and is a founding theorist of what we call today womanism which Kawaida defines as “thought and practice directed towards reaffirming the equal dignity and divinity of woman and securing for her the rights and capacity to live a free, full and fulfilling life.”

Womanism, especially African-centered womanism, draws a necessary line of distinction between it and feminism in cultural terms, i.e., womanism is rooted in the culture of African women and people and draws its fundamental texts, paradigms and lessons of excellence, achievement and possibilities from this culture, these women and this people.

In her varied roles, Dr. Cooper provided us with some of the most important insights in Black and women’s liberation. She stresses the unity of the two struggles, arguing the indivisibility of African freedom and development.

“We too often mistake individual honor for race development” she said, “and so are ready to substitute petty accomplishments for sound sense and purpose.” But “a stream cannot rise higher than its source.” And this source is the people themselves and the families and persons, female and male that compose it. Likewise, “the race cannot be effectively lifted up till its women are truly elevated.” Thus, she says, “only the Black woman can say when and where I enter, in the quiet, undisputed dignity of my womanhood, without violence and without suing or patronage, then and there the whole (Black) race enters with me.” But key to this self-assertion is the Black woman’s self-understanding of her meaning and role in life and struggle.

Indeed, there is nothing more needful and necessary than an authentic and elevated cultural conception of what it means to be both African woman and man in the world. To speak of an authentic and elevated cultural conception of African woman and man is to call for one which is rooted in and rises out of African culture and meets the most essential demand for being truly human, i.e., that it is dignity-affirming and life-enhancing, regardless of the many forms and features this conception might contain. In a word, it must be a cultural conception that is ethical in foundation and form, reflecting an active appreciation of that ancient African ethical teaching that we are bearers of dignity and divinity and must always understand ourselves, assert ourselves and walk in the world as such.

In her classic text, A Voice From the South, Dr. Cooper states that Black women must begin their liberation and upward thrust by defining themselves in ways that give “a deeper, richer, nobler and grander meaning to the word ‘womanly’ than any one sided masculine definition could ever have suggested and inspired . . . .” She calls for an expansive definition going beyond sexist assumptions of society or Black men so influenced or infected, and includes her having “a God-given destiny . . . (a) soul with longings and inexhaustible possibilities . . . work of her own to do and give the world . . . absolute and inherent value (and a) duty to self-transcend all pleasure-giving that may be demanded of a mere toy.”

Dr. Cooper also understands and argues that women’s self-definition and self-determination are fundamentally related to her relationships to men (and vice versa) as fellow human beings who constitute and continue humanity in a complementary way. Indeed, she establishes as a central pillar in her conception of woman and the world, the ethical and social proposition of the equality and complementarity of women and men. She states that “there is a feminine as well as masculine side to truth; that these are related not as inferior or superior, not as better or worse, not as weaker or stronger, but as complements—complements in one necessary and symmetric whole.” She asserts that without the rightful and effective participation of women in the molding and making of society and the world, not only does truth suffer in the interpretation and living of life, but also society itself and every branch of knowledge and endeavor.

Moreover, Dr. Cooper defines Black women as a moral and social vanguard in two basic senses: a socializing force within the national Black community and a humanizing force in society and the world. Stressing a strong sense of Black women’s agency, she says “the fundamental agency . . . in the regeneration, the retraining of the race, as well as the groundwork and starting point of its progress upward, must be the Black woman.” And in our struggle for liberation and ever higher levels of human life, the Black woman “can do this country no deeper or truer or more lasting good than by spending all her energies to broadening, humanizing and civilizing (it).”

Dr. Cooper notes that in her quest to define herself by thought and by practice, the Black woman must also realize “she is confronted by both a woman question and a race problem”, and must work and struggle to solve both simultaneously. She wants Black men to reject sexism, redefine themselves, and accept the creative challenge Black women, at their best, pose for them to grow and struggle in mutual support at the highest level and not settle at the lowest levels of self-understanding or self-assertion in the world. After all, she says “Nature never meant the ideals and standards of the world should be dwarfing and minimizing ones and the men should thank us for requiring of them the richest fruits they can grow.” Thus, she wants women and men to cultivate and sustain “those moral forces that make for happiness of home and righteousness of country” as well as the health and wholeness of the world.

Finally, Dr. Cooper asks Black women and men to have a world-encompassing conception of their struggle, referring especially to the rightful struggle of Native Americans. The ethical and “philosophic mind sees its ‘rights’ as the rights of humanity” and the struggle of the oppressed and vulnerable as the core human struggle, she says. And thus the struggle of Black women and Black people is “based on a principle as broad as the human race and old as human society.” It is the principle of human dignity, an ethical principle that demands and grounds our rightful claims to human freedom and flourishing and the shared good and goods of the world.

In her statement to the Congress of Representative Women on the Status and Mission of Black Women, she sums up a world-encompassing conception of instructive value to all work and struggle to bring and sustain good in the world. She says, “We take our stand on the solidarity of humanity, the oneness of life and the unnaturalness and injustice of all special favoritism, whether of sex, race, country or condition.” 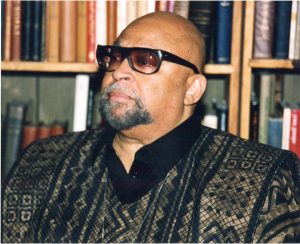 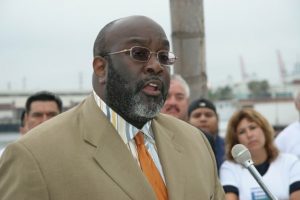 Inequality and Discrimination in Los Angeles County’s Department of Publi... 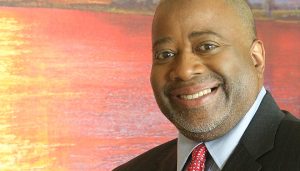 Did the NABJ and NAHJ Just Pimp Their Members Out to the Democrats?