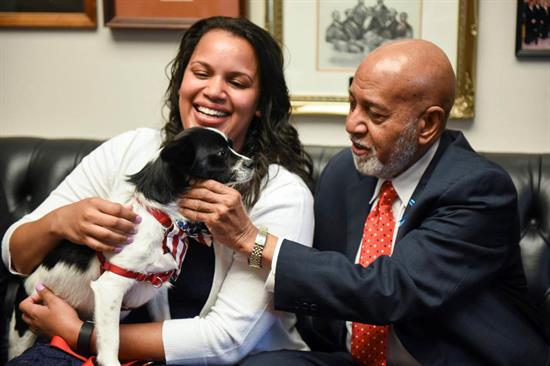 In December, the U.S. House of Representatives took the lead on passing legislation that was signed into law banning the slaughter, consumption, and trade of dog and cat meat. The adoption of this important legislation not only sent a message to people in the United States, but also, those around the world, putting all who engage in this heinous practice on notice that it will no longer be tolerated regardless of where it is found to occur.

We understand that MP Giles Watling for Clacton has proposed an amendment to the United Kingdom’s Agriculture bill, which would ban the dog meat trade. As supporters of the ban recently passed here in the U.S., we sincerely hope that you will support this effort. The slaughter of dogs does not prevent hunger or improve human welfare, nor is there any economic justification to continue this horrific and barbaric practice. While we would not presume to dictate to your government what policies it should enact, we are sure you would agree that this practice needs to be stopped in the United Kingdom, as well as worldwide.

Our alliance is a partnership of the heart, bound by the history, traditions and values we share. We need to be united in imposing a ban against the dog meat trade. As Winston Churchill once said, “our victories on the battlefield proved what can be achieved by British and Americans working together heart and hand.” We have, and can, change the world for the better when we join forces together.

We thank you for your time and consideration, and look forward to your response.

Cosby Vows No Remorse, Even if He Sits in Prison 10 Years