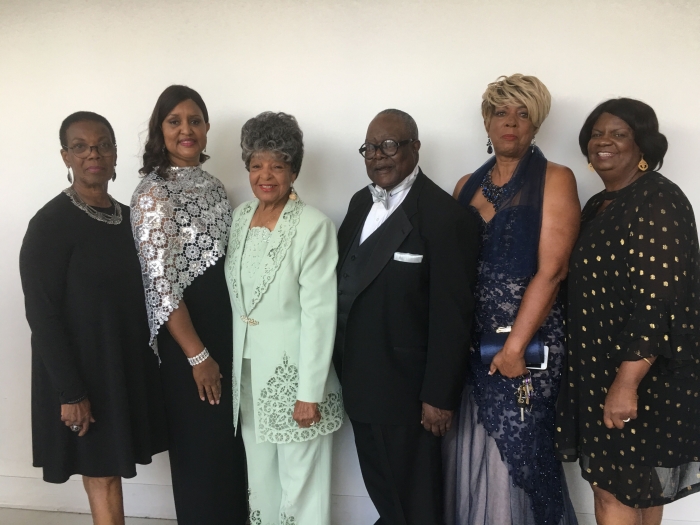 The Compton community gathered in full to acknowledge the many civic contributions of Marie Hollis.

As president of the Concerned Citizens of Compton, Hollis was responsible for spearheading several campaigns to improve the city and organizing the successful effort to obtain full accreditation for Compton College.

At a recognition program on Oct. 11, nearly 300 people came out salute her love and commitment to the city and celebrate her retirement as head of Concerned Citizens after 19 years of service. The crowd included elected officials, faith leaders, business executives and residents of the community.

“I am so privileged and so grateful to have had the opportunity to serve because it allowed me to grow and discover things that I never thought I would have a chance to do,” said Hollis.

“My intent was always to make sure that everybody knew that Compton was great.  Through our organization, we got involved in issues if we thought we could make a difference. We found out that we could and we decided to continue for the betterment of our city and that is what we have done,” she declared.

During Hollis’ tenure, the organization focused on heightening community awareness and involvement in a range of concerns. The group mobilized widespread support to defeat the legalization of marijuana dispensaries and salary increases for Compton’s elected officials. Concerned Citizens also brought attention to the ballot irregularities that occurred during the vote for Measure P, a one-cent local sales tax.

However, Hollis’ has a long history of fighting for the good of all people. Years earlier, she integrated Delta Kappa Gamma, an international educational honorary society, and became the first African American to be elected president of the L.A. chapter. After serving six years in that capacity, Hollis was appointed area director where she oversaw 16 chapters in the state of California.

In addition, Hollis is a member of Delta Sigma Theta Sorority, taught public school for 48 years, served as president of her block club for 19 years and is a former member of the city’s Beautification Commission. “But, now that I turned 90-years-old, I thought it was time for me to get out of the way and make room for new leadership,” said Hollis.

Considering her legacy, Richard Earl Jr., incoming president of Concerned Citizens, admitted, “Ms. Hollis’ shoes will be hard to fill, but I have worked with her since 2000 and know that we must continue to demonstrate her love and energy in order to sustain our community.”