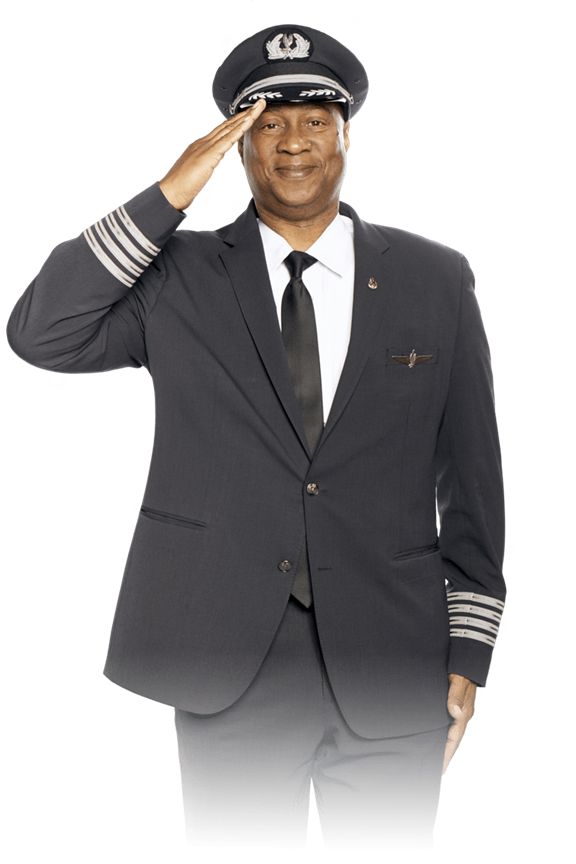 American Airlines Captain, Dr. Gerald A. Higginbotham, affectionately known as “Captain Dr. G,” is a man on an unstoppable mission to effectively educate, empower and guide individuals and communities to flourish by closing the widening income gap between the rich and the poor, and equipping youth and adults to reach their highest potential.

He holds a certificate from the Joseph School of Business Entrepreneurship and diplomas from Light Bible College and Power Learning Systems in Information Age Development. He also received a B.A. degree in Psychology from CSU-Northridge, MA in Religious Education, and a Ph.D. in Biblical Studies.

With over 50 training cycles under his belt and having flown for six major airlines, he’s also been type rated in five aircraft. He’s flown more than 20,000 flight hours and carried over 1 million passengers successfully.

Higginbotham, who has been an airline pilot for 40 years, said, “This is more than a job for me; flying is a dream come true.”

According to www.zippia.com, less than 2% of airline pilots are Black, and far less than 1% of Black pilots ever reach the rank of Captain.

“Becoming an airline pilot was not easy,” said Higginbotham. “I had to overcome seemingly insurmountable odds to get a college degree, and I experienced setbacks, interruptions, and lawsuits, just to name a few; but giving up on my dreams was never an option.”

The dream to become an airline pilot was ingrained in the Higginbotham’s mind and heart at seven-years-old, on the night of Wednesday, August 11, 1965. That is the night the Watts Revolt broke out, right in his backyard, 57 years ago.  From then on, he began to dream of one day doing all that he could to relieve the disparity and turmoil that he experienced in his community.

Another major turning point for young Higginbotham happened on April 4, 1968 when the assassination of the Rev. Dr. Martin Luther King was announced on television. The then-10-year-old Higginbotham cried out, “Why did they kill him?” He recalled reaching out toward the television that night in anguish, as he vowed to do all that he possibly could to see the dream of Dr. King come to pass.

Higginbotham’s airline career brought him to St. Louis, Missouri, where he provided financial literacy training to adults and high school students throughout the region. In East St. Louis, Illinois, he opened a farmers’ market and operated a family-style restaurant that employed residents.

Now, Captain Dr. G is back home in Los Angeles and he has resolved to help the people of greater Los Angeles discover their strengths, tap into their passions, and make gains in their lives that they may have never known were possible. 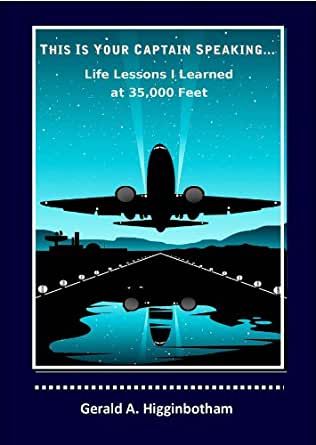 “This is Your Captain Speaking” Life Lessons I Learned at 35,000 Feet – Cover (Photo: Courtesy)

However, stated Higginbotham, “We’ve been off course, and even if you’re one degree off course, you’ll never get to your destination. It’s time for a change. We can’t keep doing what we’ve been doing because it’s not working.

“There’s a process, that we haven’t been taught, and many of us don’t even know who we are; but that is the piece that we have to instill in our people, and the next generation,” he said.

“We have a process now that can help to prepare the people for this paradigm shift from an industrial-based society to this new knowledge-based economy. We have a model to create a new information society community,” insisted the airline captain.

Higginbotham, who was mentored by the late Rev. Dr. C. T. Vivian, the renowned preacher and civil rights activist, said, “I’ve been on this mission since the night Dr. King was assassinated 54 years ago, and I’m more resolved than ever, to not only end strong, but to help others to do the same.

“I’ve been laser-focused on empowering our communities to realize their value, and to supply them with tools that can positively change the entire trajectory of their lives, their families, and their communities, ” said Higginbotham.

Also, Higginbotham created “The Captain’s Millionaires” program, to enlighten, educate and empower students in the areas of personal and business growth and development.

“We are living in interesting times, and financial literacy and mindset development are critical components to achieving and maintaining good health, lasting wealth, and making positive, and significant economic contributions to our communities,” said Higginbotham.

“The Captain’s Millionaire Training Program is designed to catapult you from point A – where you are now – to your wealthy place.”