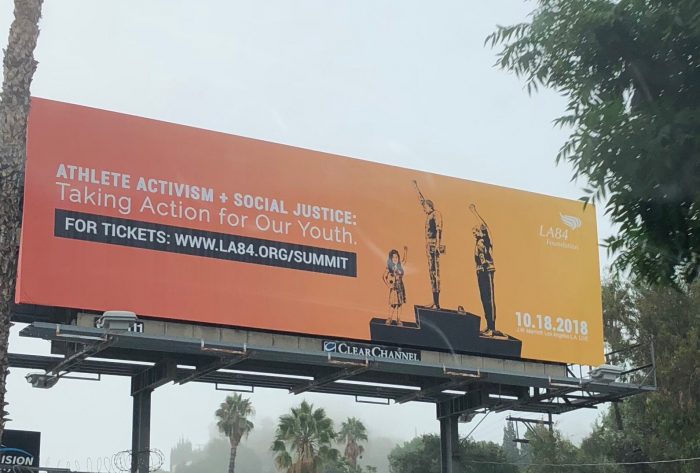 Media company Clear Channel Outdoor is vigilant when it comes to corporate responsibility. For 100 years now, they have been helping non profits across the country get their messages out via millions of dollars in donated media space. Here in Los Angeles, said Layne Lawson, Clear Channel Outdoor Southern California Vice President of Public Affairs., CCO continues to be a “proud partner and a good corporate citizen.”

The company prides itself on the flexibility of a real-time digital out-of-home media network that has allowed them to play a major role in helping organizations communicate critical information to the mass public—instantly. This technology has delivered emergency information in crisis situations and brought attention to some of the country’s most complex issues, including human trafficking.

“In the Southern California area we give millions of dollars in donated space to non profits, to state departments, to law enforcement… you name it,” Lawson explained to the Sentinel in a recent interview.”

“We have provided help and support to communities we serve… in particular the Boys and Girls Club, the city, the public library, LAPD and the Fire Department.”

And, like every year, the media giant will be a part of the Taste of Soul Nation.

“We’ve been involved with Taste of Soul since its inception,” said Lawson.

“My predecessor was involved with it and I’ve been involved with it. It’s a great thing for the community. We’re a proud partner and we just love doing it every year. It’s an amazing event.”

Wima Galathe of the Mark L. Tyree II Movement for Positive Change and Unity advocates for the end of gang violence through here #iaintfromnowhere billboard.(courtesy photo)

Events like TOS promote unity and peace among community members and that, said Lawson and others who speak for Clear Channel, is what their organization is all about.

“We believe addressing the challenges, big and small, that affect people’s daily lives is critical for influencing greater societal change, Our support extends to both local and national organizations as they improve health and public safety, ensure a sustainable environment and promote arts, education and cultural diversity. This collaboration works to inspire citizens to make a difference within their own communities.

Clear Channel’s most recent effort in L.A. was focused on helping to mitigate gang violence through the Mark L. Tyree II Movement for Positive Change and Unity and the #iaintfromnowhere campaign. Fifteen-year-old Tyree was an innocent victim of gang violence, killed in a drive-by shooting while in the driveway of a friend’s home. Tyree was not involved with gangs, said his family.

“As the detective working his case stated, ‘there was nothing that Mark did – he was just in the wrong place at the wrong time,’” said Tyree’s grandmother Wilma Galathe, who founded the movement. 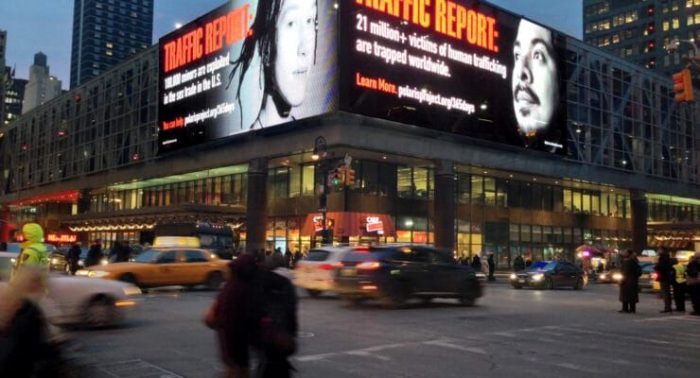 This human trafficking billboard is an example of the many causes and campaigns that media giant Clear Channel Outdoor has helped to spread, as part of their efforts in corporate responsibility. (photo courtesy of company.clearchanneloutdoor.com)

Clear Channel has now included Galathe in its mission to remain corporately responsible, by putting billboards up throughout Los Angeles to raise awareness of gang violence and its impact on America’s youth and communities.

Through a partnership with Galathe, Clear Channel donated 13 (digital/traditional) signs that highlight the movement.

“We are honored to partner with Wilma, whose commitment to ending gang violence in her community and beyond have inspired me along with many others,” said Lawson.

“Clear Channel Outdoor is dedicated to responsibly serving the public by using our resources and we hope this partnership will make our communities and our children safer.

“Our goal is to be a responsible member of the communities we serve by taking a proactive role in making our neighborhoods better places to live.”