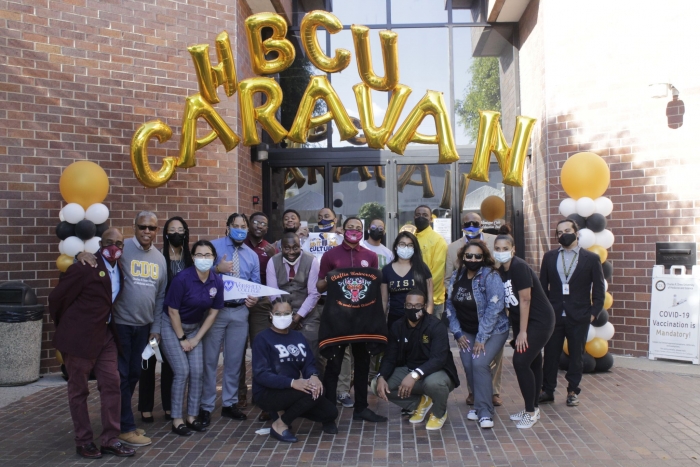 The National College Resource Foundation’s Caravan Tour parked on the South Lawn of CDU; located at 1731 E. 120th St., Lomita, California. In collaboration with the tour, the CDU campus organized over 22 representatives from different HBCU’s to over 300 LAUSD students

Students were encouraged to apply and consider the opportunity of being accepted to the HBCU of their choice during the event. Scholarships were awarded to eligible students at the expo. The HBCU National College Resources Foundation Caravan Tour collaborated with Charles R. Drew University of Medicine and Science to make this possible. 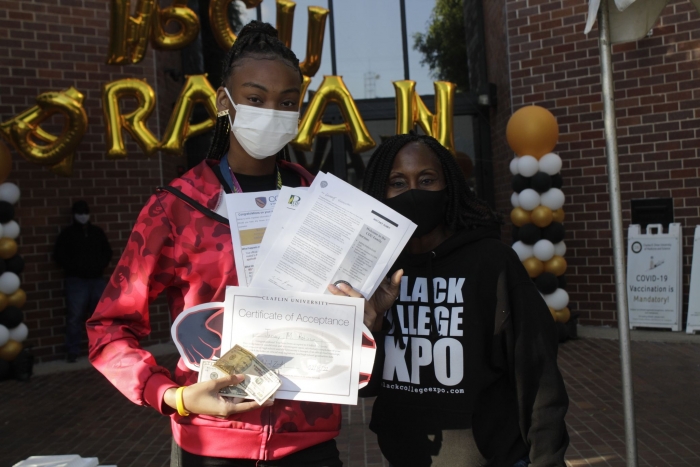 2. Students were encouraged to apply and consider the opportunity of being accepted to the HBCU of their choice during the event. (Courtesy of CDU)

CDU is a historically black graduate university and “minority-serving” medical and health sciences residing in Watts. As a private university, CDU is dedicated to developing professionals of various medical practices. They establish a balance of social justice and reducing  inequalities for marginalized populations through highlighting the significance in clinical service and civic engagement. CDU often leads the march in eradicating health disparities, with a focus on “cancer, diabetes, cardiometabolic disease.”

This nonprofit- based university has managed to graduate upwards of 600 practitioners, more than 1,270 allied health professionals, and more than 1,700 other medical experts in the five decades since its implementation in 1966. They also trained over 2,700 medical specialists through its sponsorships and residency programs.

Vanessa Riggins, Executive Director of Enrollment Management released the following statement about the event, “Now more than ever, it is extremely important for Charles R.Drew University of Medicine and Science (CDU) to bridge the gap between high school students and HBCU’s.” 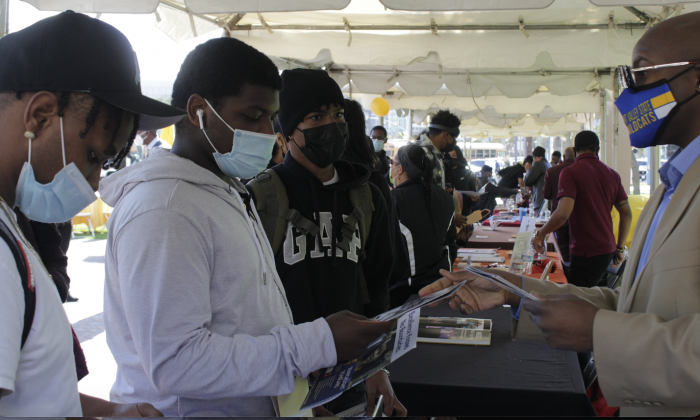 3. In collaboration with the tour, the CDU campus organized over 22 representatives from different HBCU’s to over 300 LAUSD students on February 15. (Courtesy of CDU)

The Executive Director of Enrollment Management continued, “As a Historically Black Graduate Institution whose mission is to produce minority healthcare professional leaders, students of color are statistically more successful in becoming a STEM graduate at an HBCU rather than if they were to attend a predominantly white institution. With lower tuition rates, scholarship, and opportunities of community engagement, HBCU’s offer additional support and cultural awareness that ultimately increases the success for our students.”

Riggins closed by stating, “CDU was the ideal location to host this event, considering that CDU is the 2nd  most diverse university in the nation in terms of staff and faculty, plus, as a federally designated Historically Black Graduate Institution (HBGI) we are the only ‘historically Black’ option west of Texas.”

CDU is a historically Black graduate institution, that looks to serve the collective community. As an academic house dedicated to medical sciences, they are located at 1731 E. 120th Street, Los Angeles, CA 90059.

Young people of color need to connect and expand within their academic journey. For Black students, historically Black colleges and universities (HBCU) provide an opportunity to merge culture with education. It encourages youth to have a limitless mindset. Charles R. Drew University of Medicine (CDU) created a space for over 300 students from the Los Angeles Unified School District (LAUSD), to explore their options in attending a HBCU while seeing all that they have to offer. 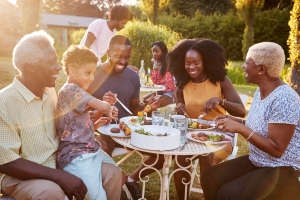