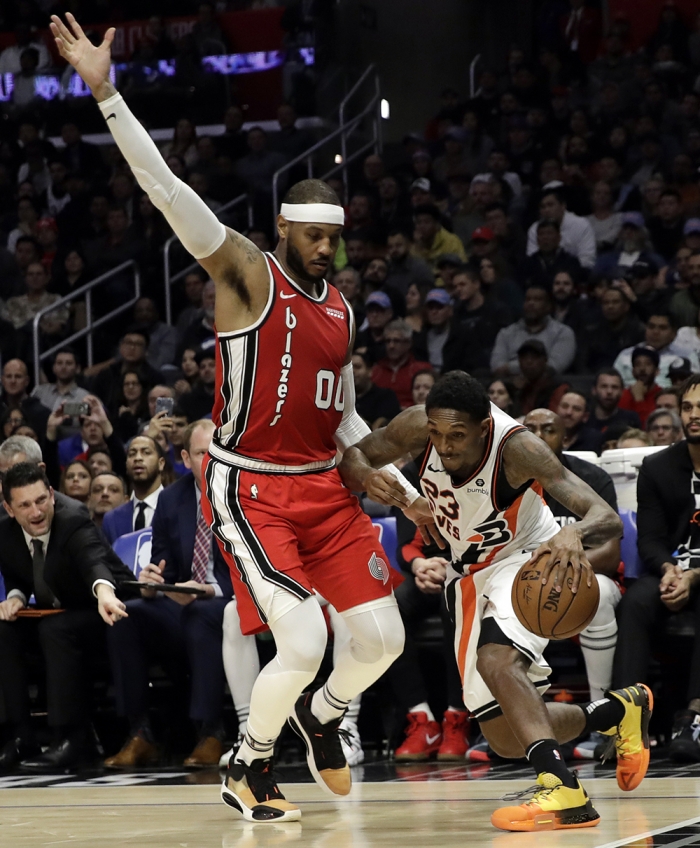 The Los Angeles Clippers defeated the Portland Trail Blazers in a dominating second half defensive performance, 117-97.

In early November, the Portland Trail Blazers exited Staples Center in a close loss to the Los Angeles Clippers 107-10, a day Doc Rivers received his 900th win. On Tuesday the buzz in the arena had a different feeling to it, this time Portland arrived in LA with newly acquired veteran sharpshooter and future hall of famer Carmelo Anthony.

“What [Carmelo Anthony] has done is added more offense to their team and more spacing. I’m just happy for him because he stayed in shape and he did all the things he needed to do to get back in and he fought through all the negative baggage about him,” said Clippers Head Coach Doc Rivers.

The new factor of Carmelo joining a team with a below par 8-13 record, yet reached the Western Conference finals last season left many salivating over the potential the unit could reach. More importantly, the support from coaches and players around the league about the long-awaited return of Anthony to the basketball court has been immense.

“It was great. I think it just shows the love and respect we have for [Carmelo Anthony] and what he’s done for the league and who he’s been to us in this league,” said Clippers forward Paul George. “It was great to share the court with him again. [While] we were out there, we had laughs, we competed, we battled. It felt like old times of having him on the court. But it’s great. I think it’s great for the league and I’m going to always have his support and be happy for him.”

Carmelo Anthony got his anticipated first points of the game at the free throw line with 6:28 in the first quarter. Starting off the second quarter, Carmelo drained an off balanced jump shot while receiving the foul call and looked to hit his stride, but finished with a mere 9 points.

Halftime at Staples Center: #Clippers lead #Blazers 62-59. @Dame_Lillard (14pts) & @Yg_Trece (15 pts) are battling head 2 head. This is the first time the two are on the same court since Dame’s deep 3 to send PG and the Thunder home in last years playoffs

After the halftime break, the Clippers got out to a 10 point lead with a Paul George steal and dunk prompting a quick time out at 10:28 by Blazers head coach Terry Stotts.

“We got off to a slow start right at the start of the quarter. We missed a couple early, had a quick turnover, and they had a 10-point lead. So from there, we were kind of swimming upstream,” said Stotts.

The defensive intensity from the Clippers was extremely suffocating for the Trail Blazers during the second half. The locked in Clippers defense held all-star guard Damian Lillard to 2 points and his backcourt counterpart CJ McCollum to 9 points in the last two quarters.

“At halftime, we didn’t make any adjustments. I said, ‘guys, we’re shooting 50% now, we have 62 points and it is a three or five-point game,” said Doc Rivers. “I think at halftime [the Trail Blazers] were shooting 53%. It was going to go one way or another. We’re [either] going to have to start defending, or we were going to have a tough night. That doesn’t mean we were going to lose, but we figured it would be a tough night. Then in the first three or four minutes in the third quarter and the fourth quarter, we really locked in defensively.” 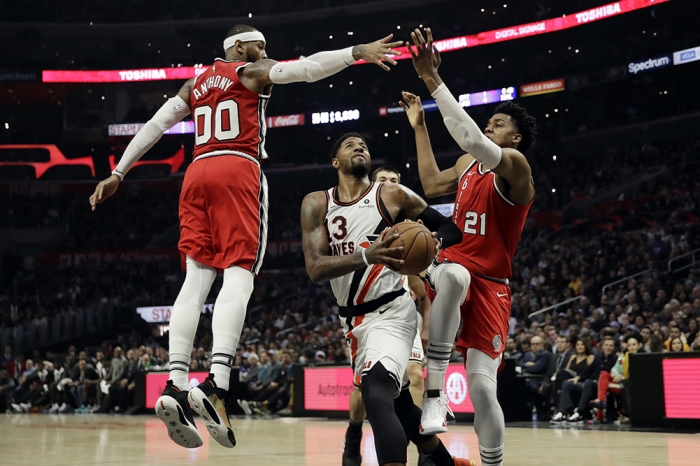 The addition of Carmelo simply wasn’t enough to take down the Clippers. The story of the game was the dominant presence of Montrezl Harrell who had a magnificent night from the field, and landed at the free throw line a total of 12 times throughout the night tallying 26 points and Paul George finishing with 25 points.

“[Patrick Patterson] spaces the floor, he knows his role, he talks on defense, but more importantly he has just been a great teammate. He was starting, and he went from starting to zero minutes. If you look at him prepare for a game, you’ll think he is going to play 40 minutes that night. He has just been a great example for all of our guys.”

The Clippers have taken care of business at home with a 13-1 record, but will now head on a six game road trip beginning in Milwaukee Friday, December 6th. 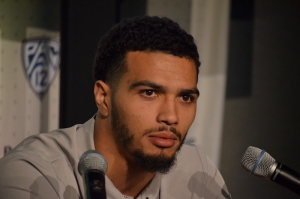 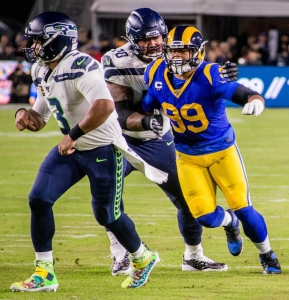 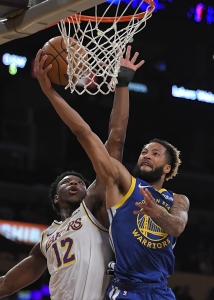