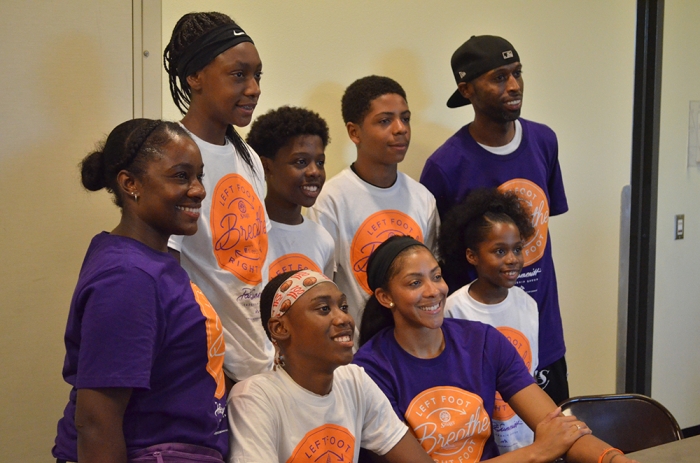 Los Angeles Sparks star Candace Parker wanted to show her fans the importance of parent-child  bonding by hosting the Presence vs Presents Day of Fun at the EXPO Center in South Los Angeles.

Participants got a chance to complete basketball drills, play NBA2K, and compete in a WNBA Guess Who game alongside their parents. The purpose is for children and their parents to have shared experiences and to strengthen their relationship.

“As a mom, I try to give my kid everything I didn’t have and I had a lot growing up,” Parker said. “I think it’s more so spoiling her with experiences and with being present.”

The participants were separated into three groups and the families competed at three stations. The winning family from each group battled each other in WNBA Guess Who to win courtside tickets to the Sparks vs Phoenix Mercury game on Thursday. That game is Pat Summitt Leadership night, which commemorates the legacy of the late Tennessee Lady Volunteers Women’s Basketball coach; Parker would secure two national championships under her tutelage.

At the basketball drill station, parents and their kids took turns defending each other while one dribbled, they also went through layup drills. Families went head-to-head in WNBA Guess Who, where they had to guess the names of players by looking at picture puzzles.

Ebonny Staten and her father Ronald Staten ultimately won the courtside tickets. She was ecstatic to get her Adidas Captain Marvel Pro Vision shoes autographed by Parker. 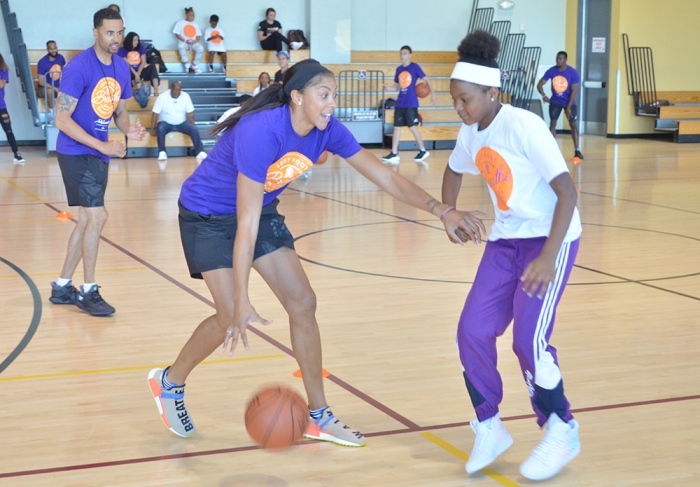 “Seeing my idol that’s like very mind-blowing,” Ebonny said. “It meant a lot to me because obviously get to spend time with my dad but it’s a big event with a huge WNBA player.”

Through the event, Ebonny learned that Ronald was competitive.

“I learned that she won’t let me beat her in nothing,” Ronald said.

Eight-year-old Amiya Aldridge rallied her family to win WNBA Guess Who for their group. Through the activities, she learned more about her parent’s and siblings’ capabilities.

“We usually don’t gather around like this,” Amiya said. “Just knowing that we get to have this moment, it feels really good.”

Both of Amiya’s parents mentioned how the event took them out of their element.

“I like how they’re making it competitive because that’s what makes it fun.” Brandan Aldridge said. “It’s right in line with our family philosophy.”

“To see my daughter really into the questions and know that she’s learned this game that she studied for so long … it was really good,” Mariya said.

All children and parents who attended the event was given a swag bag and a t-shirt. On the shirt was a mantra that Parker learned from Summitt “Left Foot, Right Foot, Breathe, Repeat.” The 2016 WNBA Finals MVP has the mantra tattooed on her arm.

Attendees also got a glimpse of Parker doing drills with her daughter, Lailaa Williams.

“We do that a lot, play and joke around and have a good time,” Parker said. “It wasn’t anything out of the ordinary it was more of the audience today and I think she loved it. She showed her mom up for sure.” 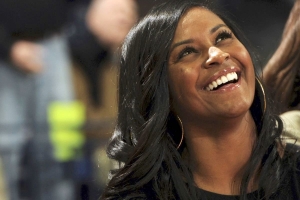 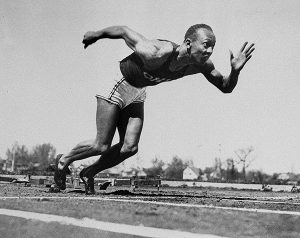 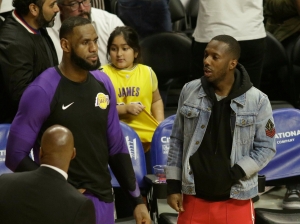 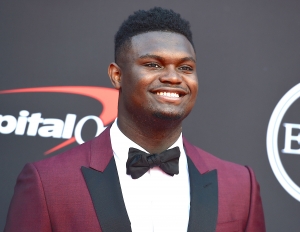