When Dr. Nadine Burke Harris heard that the National Basketball Association (NBA) was discussing educating the African American community about receiving COVID-19 vaccines, she said partnering with the league could be a game-changer in the state of California.

Dr. Burke Harris, the Surgeon General of California, said she would embrace that strategy with open arms. “Yes, absolutely. Please tell LeBron James to call me,” Dr. Burke Harris told California Black Media (CBM), referring to one of league’s most high-profile Black players. James plays for the Los Angeles Lakers. “I think it’s a wonderful partnership and I am excited for that to happen because we want to use our trusted messengers.” 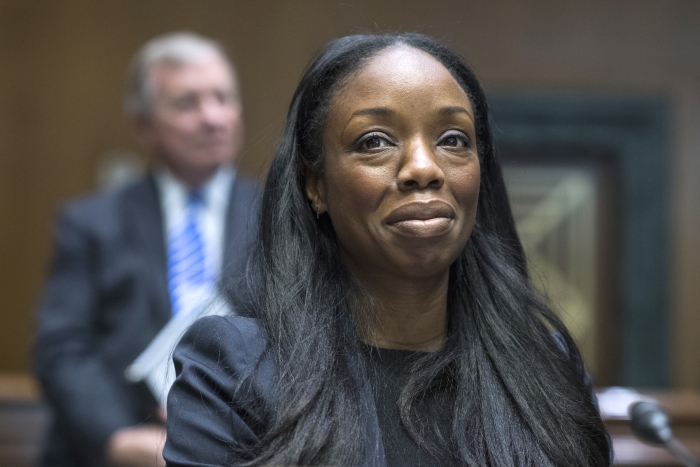 Dr. Nadine Burke Harris, founder and CEO of the Center for Youth Wellness, attends a briefing in Dirksen Building on “substance use and childhood trauma,” on June 5, 2018.

NBA commissioner Adam Silver said on Jan. 18 that the league’s players could use their influence to provide information to African Americans, other ethnic minorities, and the general public about vaccine safety and efficacy. It is something that the NBA is “particularly focused” on, he said.

“In the African American community, there has been an enormously disparate impact from COVID … but now, somewhat perversely, there has been enormous resistance [to vaccinations] for understandable historical reasons,” Silver said. “If that resistance continues, it would be very much a double whammy to the Black community because the only way out of this pandemic is to get vaccinated.”

The Surgeon General, California Department of Public Health officials, medical experts, and community leaders joined a Zoom news briefing last week with African American media in the state organized by CBM and the Center at Sierra Health Foundation. Participants discussed how African American communities can continue to stay safe. They also talked about the state’s plan for COVID-19 vaccine distribution, and the safety and efficacy of COVID-19 vaccines.

Dr. Burke Harris, Dr. Elaine Batchlor, CEO of Los Angeles’ Martin Luther King Jr. Community Hospital, and Shantay R. Davies-Balch, founder of Fresno’s Black Wellness and Prosperity Center, were speakers during the virtual news briefing.  The group stressed the necessity of speeding up statewide vaccinations to reduce hospitalizations and stem the spread of the disease. Silver said much of the mistrust about taking the vaccine in the Black community originated from a history of racism and malpractice against Blacks by the country’s medical establishment.

One specific example stands out: the infamous Tuskegee experiment. In 1932, the United States Public Health Service, working with the Tuskegee Institute (now Tuskegee University) in Alabama, began a study to record the natural history of syphilis in hopes of understanding treatment programs for African Americans. It was called the “Tuskegee Study of Untreated Syphilis in the Negro Male.”

When penicillin was discovered and become the primary drug for treating syphilis in 1947, subjects were never provided the highly effective medication or a chance to resign from the study. The experiment continued until 1972 when the media exposed that it was still being conducted despite the fact a cure had been available for 25 years. A reporter from The Associated Press investigated the study and broke the news.  Nearly 400 participants of the study, primarily sharecroppers, suffered severe health problems, including blindness, mental illness, or death. The study also led to the uncovering of other medical atrocities committed on Black citizens.

In 1951, without her knowledge and consent, cancer cells were taken from Henrietta Lacks, a young Black woman with five children. The cells, later called “HeLa,” were used to study the results of toxins, drugs, hormones, and viruses without experimenting on humans.

Lacks died at the age of 31. Reportedly, many medical institutions and related businesses profited from her cells without sharing any of the largesse with her surviving family. Lacks’ case became a focal point of medical ethics, sparking debate about whether researchers should be required to conduct such studies without the subject’s permission. Twenty-year-old Sacramento Kings guard Tyrese Haliburton shared with the media his knowledge of the Tuskegee Study. He also said he was open to the idea of getting vaccinated for the NBA.

“I do understand why there is a drawback from some people with everything that has happened in the history of the world and vaccinations,” Haliburton said. “I’ve learned about the Tuskegee study and that crazy situation. I do understand how that can be crazy for African Americans. It’s their choice. It’s their bodies.” Haliburton, who left Iowa State University after two seasons and entered the 2020 NBA Draft, is originally from Oshkosh, Wisconsin, north of Milwaukee. To deal with frigid temperatures, he said getting flu shots before the winter was routine.

“I myself, am just going to listen to the public officials and I plan on getting the vaccine,” Haliburton said. “At a young age, I got all my vaccinations. So, I don’t see any reasons to stop now. Internally, we’ve (Haliburton’s teammates and other players in the NBA) talked about it. There are guys in the league that say they will get it and there are guys that say they won’t. That’s their opinion. I am going to get vaccinated.”

Dr. Anthony S. Fauci, the director of National Institute of Allergy and Infectious Diseases, said over the weekend that President Joe Biden has talked about using pharmacies, community vaccine centers, and mobile units to speed up the process of getting more people vaccinated. Dr. Fauci said there will be a “revving up of the capabilities and implementation of getting larger numbers of people vaccinated,” including, the Black community.

“One of the things that is a concern to me, and the reason why we are putting a considerable amount of effort into it, is to get over the vaccine hesitancy that we see in some segment of the population,” Dr. Fauci said. “Particularly and understandably, the minority population who have some hesitancy and skepticism based on some historical mistreatments. We need to vaccinate, we need to implement it, but we also have to overcome the hesitancy associated with it.”  For more information on the latest developments in the vaccine distribution process, visit www.covid19.ca.gov. 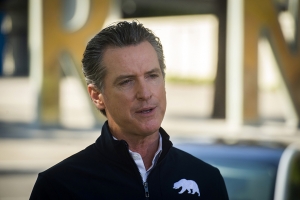 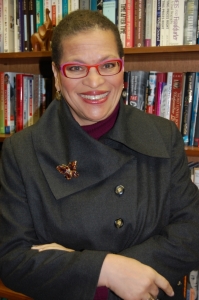 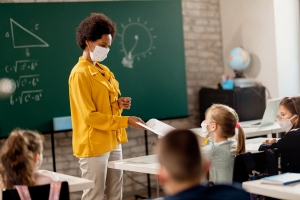 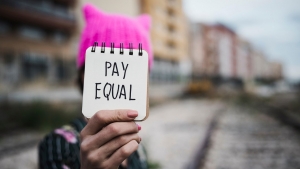 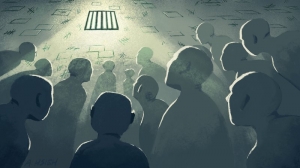