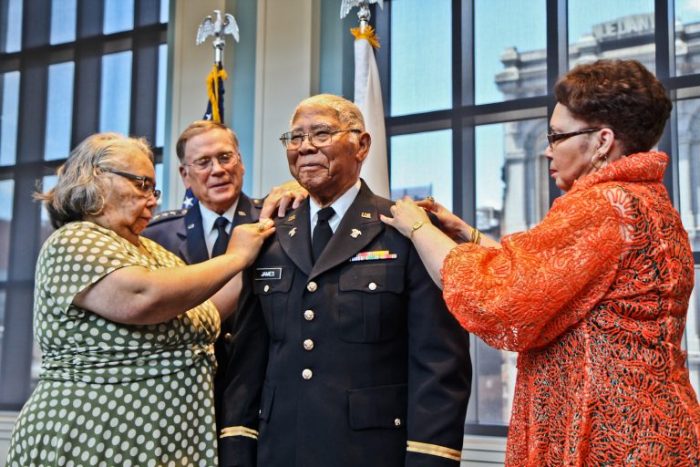 An African American man who was denied officer status in the U.S. Army was commissioned as a second lieutenant on Friday, 76 years later.

John Edward James Jr., 98, completed his officer training in 1942 but was denied his bars because of his race, WHYY-FM reported.

James attended officer candidate school at Fort Benning, Georgia, but the day before he was to receive his commission, he was told him he wouldn’t be made an officer and was being transferred.

It was common during World War II for Black soldiers to be denied commissions if they were to be assigned to a predominantly White unit. At the time, it was against Army regulations for White soldiers to be subordinate to Blacks.

James spent the war as a corporal, serving as a typist with a quartermaster battalion supplying front-line combat units in North Africa and Italy for three years. After the war, he married and worked for the post office.

He never told his children about being a non-commissioned Army officer until his daughter, Marion Teresa Lane, discovered his class photo from Fort Benning, WHYY said. He told her to throw it away.

But she said, “Tenacity is my middle name,” and began working through the red tape to get her father commissioned, including have her application denied multiple times by the Army Review Board for insufficient evidence. Some of her father’s records were destroyed in a fire.

Finally, with the help of Democratic Sen. Bob Casey of Pennsylvania, James’ commission was secured.

“Although not awarded the commission owed to him, he bravely rose to face one of our most challenging times in history,” said Casey. “He was denied recognition of his service to his country simply because of his race, because of the color of his skin.” 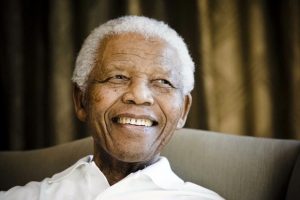 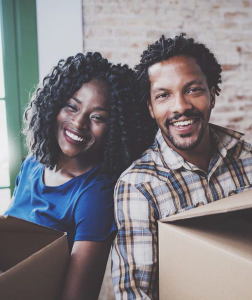 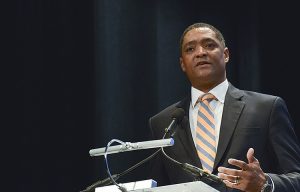