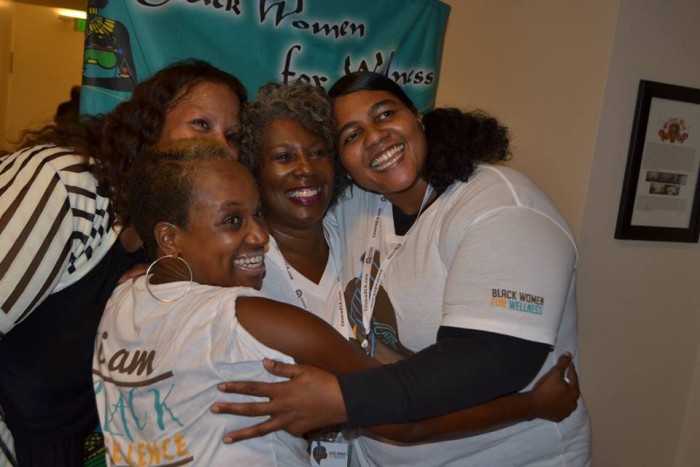 Sponsored by the AIDS Healthcare Foundation and Cedars-Sinai, the day-long conference featured a dozen panels and workshops that focused on how media, self-esteem, access to healthcare, the criminal justice system, educational institutions and policies all combine to influence and impact the reproductive health status of Black women and girls.

“Our goal is to make sure that black women have inside information and statistics on reproductive health and the status of black women,” said Janet Robinson Flint, executive director of Black Women for Wellness.

The statistics are startling: African American women experience unintended pregnancies at three times the rate of white women, are three times more likely than white women to be incarcerated, are less likely to receive accurate mental health diagnoses than whites, and have the lowest life expectancy of all women in Los Angeles County.

Keynote speaker Gail Wyatt, PhD, a clinical psychologist, sex therapist and professor in the Department of Psychiatry and Biobehavioral Sciences at UCLA, urged the audience to become advocates of change in order to protect their reproductive health. “Health providers don’t know your story,” she pointed out. “We should be in control of our bodies and our reproductive health.”

Misty Rojo, the Campaign and Policy Director for Justice Now, an anti-prison abolition organization, revealed that the organization campaigned for 10 years to insure that tubal ligations were banned in prison. “Tubal ligations were being performed on Black women more than anyone else,” she said. “The women were threatened that if they did not submit to tubal ligations, they would not be released. Today, prisons can no longer perform tubal ligations on inmates and you cannot take out an inmate’s body parts without written permission.”

Susan Burton, executive director of a New Way of Life, started the organization after being in stuck in the ‘revolving door’ of prison for 20 years. “My son was killed by a police officer and I started drinking and taking drugs to deal with my grief,” she revealed.

Burton said that after she was released from jail, she was stunned to find out that no resources existed in the community to help formerly incarcerated women. Concerned, Burton secured a house so that former women inmates would have a place to stay upon their release. “I used to greet women at the bus station and tell them, ‘I have a place for you to go.’” 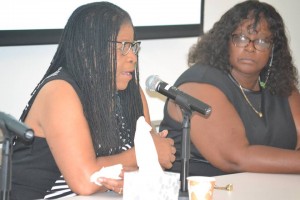 Since it was established in 1998, Burton said that NWOL has helped 850 women transition from incarceration to a productive life.

“We need to shift the money out of the jails and back into the community because we are dying in the streets, being placed in jails and being sterilized,” said Burton. “But the shift will not happen unless we speak up about it.”

Alesia Dearden, executive director of Women’s Community Reintegration Services and Education Centers, revealed that prison provides minimal health services for inmates. “I had a heart attack in jail,” Dearden revealed, adding that she received little help from prison authorities. “I had to call my relatives on the outside to get help.”

“When you go to prison, you’re seen as property,” Rojo added, who said suicides in prison are common. “Women are reduced to a body count behind bars and many give up and lose hope.”

Adjoa Jones, who moderated the panel, said that the huge ‘body count’ in prisons has allowed the prison industrial complex to become a huge money maker. “The prison boom is about big business and it generates millions of dollars.”

The stereotypes of Black women in television was the topic of the “Straight out of Respect” seminar hosted by Dr. Marquita Gammage, an assistant professor in the Department of African Studies at California State University Northridge.

“Black women were portrayed as vicious, violent, and crazy,” said Gammage, who added that shows like “Being Mary Jane”, “Single Ladies,” “The Game,” “Scandal” and “How to Get Away With Murder” continually perpetuate negative stereotypes of black women.

“Black women are seen as illegitimate baby mamas and controlling, overbearing matriarchs who are sex crazed and lack moral grounds,” said Gammage. “The stereotype portrayed is that they are unfit for motherhood.”

She pointed out that the shows portray black women as hypersexual and hyper violent, such as “Basketball Wives,” where the mother of a newborn was recently embroiled in a fist fight with another woman. “The ratings for the show went up,” Gammage pointed out.

Gammage said that when TV dramas portray black women as unfit for motherhood, they influence public opinion which results in legal penalties that target black women. “Unfortunately, these dramas continue to portray century old stereotypes of black women as Jezebels and Sapphires,” Gammage pointed out.

The panel “Human Trafficking in Los Angeles-The Impact on Black Women and Girls,” discussed how young girls are coerced into the sex trade.

“Sex trafficking is happening in Compton, South Los Angeles, Long Beach, along Western Avenue, and in the Valley,” said Sinetta Farley, founder and CEO of Restoration Divergent Services in Compton. “It can happen to anybody’s daughter—college age, high school, or working class. People say, ‘Oh! Why are those girls walking the streets?’ Isn’t it a shame?’ But they are out there because they are being forced to by their pimp.”

Woolfolk, a probation officer with the County of Los Angeles child trafficking unit, said that girls are frequently recruited from Facebook, Instagram or at school. Many girls are recruited from foster homes and some are runaways.

“Pimps are watching our girls,” said Woolfolk. “The ‘romeo pimp’ recruits girls at nail salons, the mall, and at beauty shops.” Woolfolk added that ‘gorilla pimps’ in the Bay area actually snatch girls off the streets.

“These girls are looking for love and comfort,” said Mann. “They meet a pimp and they think, ‘He’s going to feed me, he’s going to clothe me,’ but she doesn’t know that he’s going to force her into sex trafficking.”

“The County probation department provides support services to help girls to get out of trafficking,” said Woolfolk, who added that her unit has rescued girls as young as 10 years old.

Proposition 35, which increases prison terms for human traffickers, was passed overwhelmingly by California voters last year. “The problem is that girls testify against their pimp, but after they testify, they go right back to the pimps,” said Mann.

“We have to explain to these girls that they have been brainwashed, manipulated and used,” said Farley.

“When these young women become 18, the system forgets about them,” Farley added. “We can’t turn our backs on them or they will be forgotten.” 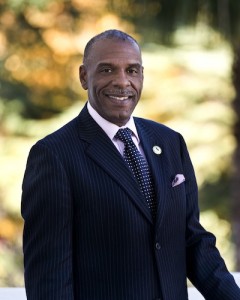