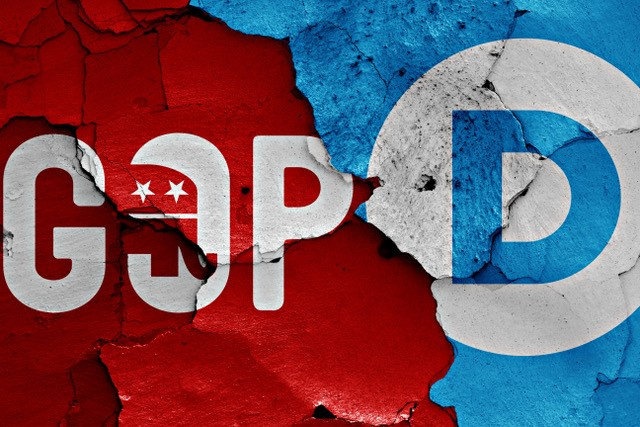 There are 12 Black Republicans running in statewide races across California this election year.

Come June 7, when the primaries are held, many of them – already longshots without local or statewide political experience – will likely be eliminated from competing in the November general elections.

Either way it goes, some of the Black Republican candidates California Black Media (CBM) has spoken with say they have already made a difference. They entered their races to represent Californians who are frustrated with the policies coming out of the Democratic-run Statehouse and Legislature in Sacramento and their ideas and opposition on problems from homelessness and affordable housing to education and the environment have already begun to influence political conversations at the state, county and municipal levels across California.

“I really think 2020 woke up a lot of people to get involved in legislation — find out how a lot of things work,” said Pastor Brian Hawkins, a San Diego native and San Jacinto city councilmember who is a Black Republican candidate running to defeat U.S. Congressman Raul Ruiz.

“People are starting to question political motives, people are questioning the education system, the model that’s been the same for hundreds of years. So, I think people are hungry for something different and this gives us an opportunity,” he said.

But Collins, 41, an attorney, dad, and U.S. Navy veteran who lives in Orange County, says his message is connecting with people.

“I tell people that California’s problems are so big right now, they transcend politics,” he said. “And what I mean by that is there are certain issues in this state right now that impact you whether you’re a Democrat or Republican.”

Last week, Collins spoke with CBM about his decision to run for Governor of California.

Here is an excerpt of our conversation. It has been edited for concision and clarity.

Why are you running for Governor?

My primary motivation is my family — my wife, and my four young children. I’m genuinely concerned about my children, being able to start lives and develop careers here in California because the state has become so anti-business.

The governor’s race excites me because I track our K through 12 education. California is ranked 40 out of 50 states. How is that possible?

This is the fifth largest economy in the world. We have a budget of over $300 billion. We have a surplus of over $31 billion and our teachers, are some of the highest paid in all of America. You have to ask: why is our public education system so bad?

How do we fix it?

It is one of the first things I’ll focus on when I become Governor. The Hoover Institute has been tracking this program in Dallas – in the community that I grew up in, actually.

They incentivize high-performing teachers in other school districts to come to lower income communities and try to make an impact. They say, “right now only two out of 10 kids are reading at their grade level. If you can get that up to four out of 10, there’s $50,000 attached to that.”

What do you think about the growing school choice movement that a lot of conservatives support?

I’ve always been an advocate of school choice because it puts pressure on the school district to perform. If they don’t perform, their schools will lose funding.

What gives you the confidence that you as a Republican can win in California, one of the most Democratic states in the country?

Well, I’ll start with my background, you know, first of all, I’m not your traditional Republican. They’ve never seen any Republican candidate like me. And what I mean by that is I was not born into the Republican Party. You’re looking at a person that grew up in a very Democrat household. My dad was in electrician, and he was a single father because my parents divorced when I was three years old. My mom gave my dad primary custody because she was very intimidated by having to raise two young boys by herself.

How do you convince Black and other minority voters to support your candidacy?

I grew up in difficult circumstances, so I understand the hurt that average Californians are feeling right now. I can use that personal experience to implement policy that will make substantial changes to individuals’ lives.

How is your plan for tackling homelessness better than what Democrats have done?

Democrats have thrown $13 billion at the problem over the past five years, and it’s gotten worse. We have to stop this “housing first” policy. The assumption is that if you can provide a home for every single homeless person in the state of California — which is in excess of 160,000 at this point — the security of a home will somehow transform them. When you look at the breakdown of our homeless population in the state, roughly a third are homeless because of life circumstances, meaning they lost the job, or some type of catastrophic economic event. That’s one-third. the other two-thirds are drug addicted or mentally ill. So, if you’re talking about a housing option for that one-third, okay, You’re on the right track.

My policy would be to have more drug addiction and mental health services. If the drug addict or the mentally ill person says, “I don’t want your help,” then we have to implement tough love. You have to accept the help or go to jail, but you can’t live on the street because that’s not compassion.

Public safety is a big issue right now. A lot of conservatives are slamming criminal justice reforms and calling for tough-on-crime policies again. What is your take?

We have to have accountability built into our criminal justice system. Criminals talk. I know that because I grew up in a community where criminals talked. And if people know that they are not going to be held accountable, they are emboldened to go out and commit crimes.

How is it effective to implement tough-on-crime laws and lock more people up if rehabilitation programs are not built into the correctional system?

For me, rehabilitation is important. We have to have programs in place whereby incarcerated people can learn a vocation, a trade or skill.

If a person just goes to prison and they hang out there for a certain period of time and they pick up no skills, they have nothing to offer society when they walk out. When you walk out of the doors of that prison with no skills, you’re obviously going to return to a life of crime.

Rehabilitation needs to be intelligent. 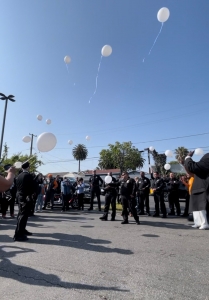 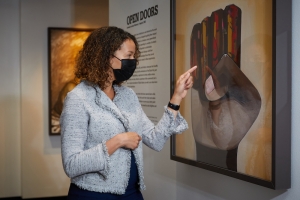