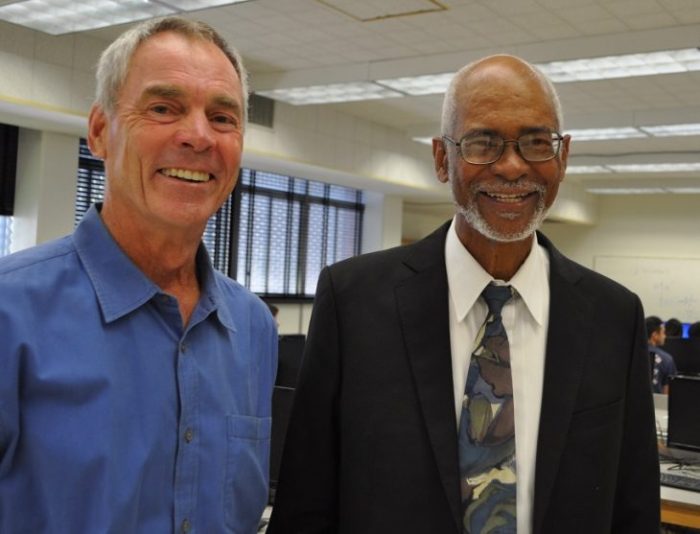 For over a century, African Americans have possessed the right to learn, read, write, and attend college. However, just because they had those rights doesn’t mean that their road to higher learning as men and women of color was any easier. This is the story of Dr. Jeffery A. Clements who went on to become the first African American mechanical engineer to graduate from Cal State Long Beach and the obstacles he faced to get there.

Dr. Jeffery A. Clements was born and raised in San Pedro, California. His interest in mechanical engineering was first sparked in high school where he spent most of his time drawing and studying the topic. However, he had no idea what the field of mechanical engineering would entail. But before he would embark on that journey, he had to apply, attend, and graduate from college.

“A friend of mine wanted to go to college and during that time in the 1960’s, I hadn’t really thought about going to college,” said Clements. “But my father, who was a hardworking man said, ‘just get an education.’”

After considering his father’s words of wisdom and watching his close friend apply to colleges, Clements began to wonder if he even qualified.

“My friend Richard told me it just took 13 A’s or B’s and I looked at my [grades]. At the time, I didn’t have anything close to it. But it was something to shoot for. So I began taking mathematics and science classes,” said Clements.

Later, Clements achieved his goal of receiving 13 A’s and B’s and with slight hesitation, he applied to Long Beach State (which is presently known as California State University Long Beach).

During his time at Cal State Long Beach, Clements stepped into a new world of adversity. Not only was he struggling in school but he also faced racism and the current political climate did not help. Clements attended the university when Martin Luther King Jr. was fighting for social injustices, John F. Kennedy was president, and during the Watts Rebellion. All of these events resulted in a hostile environment for a college student.

“In my history class [on] my first exam, I got an F and on the second exam I got an F. I remember the teacher who was lecturing looking at my grade and saying, ‘Mr. Clements, I want you to meet me in my office after class.’ So I said okay, and began to wonder what was going on,” said Clements.

“[My professor said], ‘hey you got two F’s in this class so just to be honest with you, you ought to consider going to a trade school and not being here at Long Beach State. Not everybody is college material.’”

“I finally decided that I am not going to drop out, they just gone have to kick me out. I am just going to hang in here,” said Clements.

Despite his new found drive to continue pursuing his education, Clements continued to struggle even in his engineering classes. He sought help from his peers however; they denied him which led him to come to the realization that he had to figure it out on his own. So he did.

“I ended up getting a lot of C’s but my C’s felt like A’s because I had to do it all by myself,” he said.

After walking across the stage at his college graduation, Clements had no idea that he was the first African American to receive mechanical engineering degree from Cal State Long Beach. In fact, he didn’t find out until he was approached by the dean of his program.

“He said, ‘do you know you are the first Negro to graduate in mechanical engineering from this school?’ and I said, ‘well that’s nice’ but [really] I was just glad to graduate,” said Clements.

Although Clements graduated in 1967, it wasn’t until 2018 that he was honored by the university for his achievement.

“I feel more and more happy about it, that I was able to get through the system. But I feel bad that there are still so few Black engineers at the school. But I do feel honored and [happy] that they don’t have to go through all the things I went through,” said Clements. 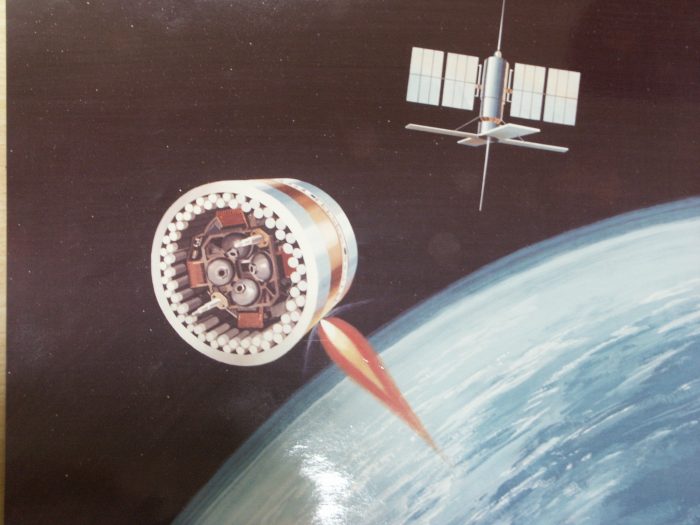 A photo of the MVS (Miniature Vehicle System) that Clements
worked on while at Hughes. It was a top-secret satellite
killer program.

In 1972, Clements worked at TRW where he was a key member in building and testing the Viking Meteorology Boom Assembly which was one of nine experiments a part of the Viking Spacecraft that successfully landed on Mars in 1973. Additionally, he performed the “dynamic deployment analysis of the Particles and Field Sub-satellite which launched from the Apollo 15 and 16 missions orbiting the moon.” In 1984, he designed, manufactured, assembled, and tested one of the company’s major space programs called the Airborne Optical Adjunct (AOA) program.

From there, he worked as a lab manager for the engineering development and transition laboratory. While there he invented the Assembly Planning Readiness Procedure. Also, Clements, served on the UCLA Engineering Alumni Association Governing Board, spearheaded the MESA program and worked for Raytheon which is where he retired from in 2006 after a 20-year-long career.

During his retirement, Clements began drawing old houses and various objects, something that he enjoyed doing as child. Today, his art is displayed at different museums, galleries, hosting exhibits and in publications like newspapers and magazines. 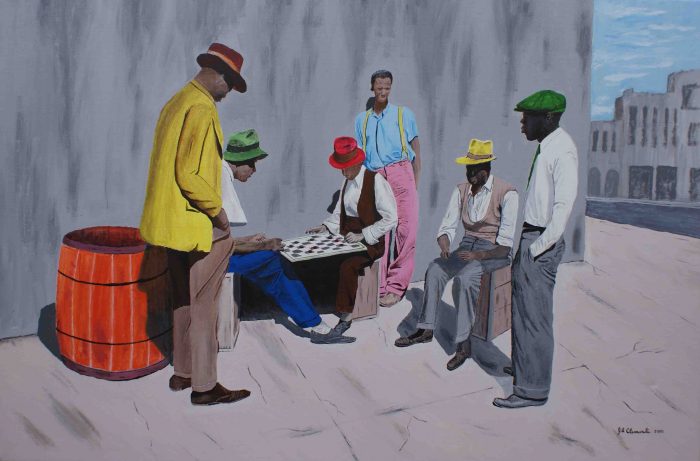 His artwork can be purchased by the public at https://www.ebay.com/str/pencilhouse. Additionally, Clements published a science fiction book titled “Aphelion,” which is available for purchase on Amazon.

When Clements isn’t working on his art pieces you can find him spending time with his family. 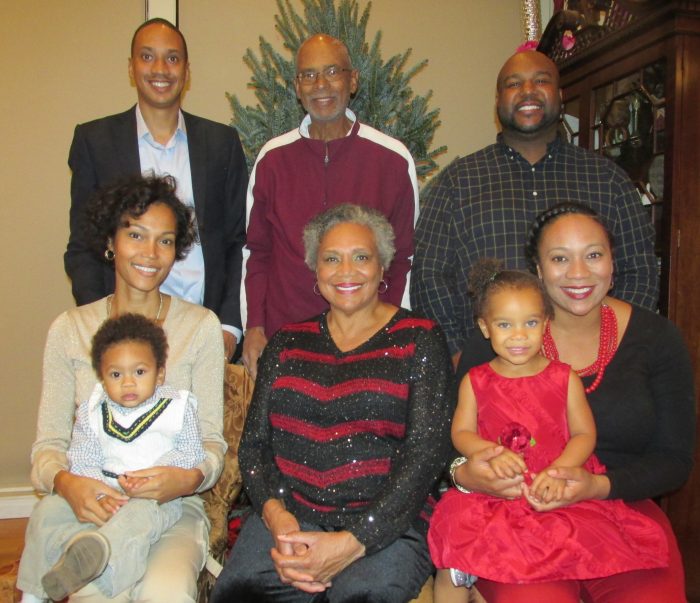 All in all, Clements believes that he has had a very successful and beautiful career in STEM (science, technology, engineering, and mathematics) and he encourages other African American men and women to follow suit. 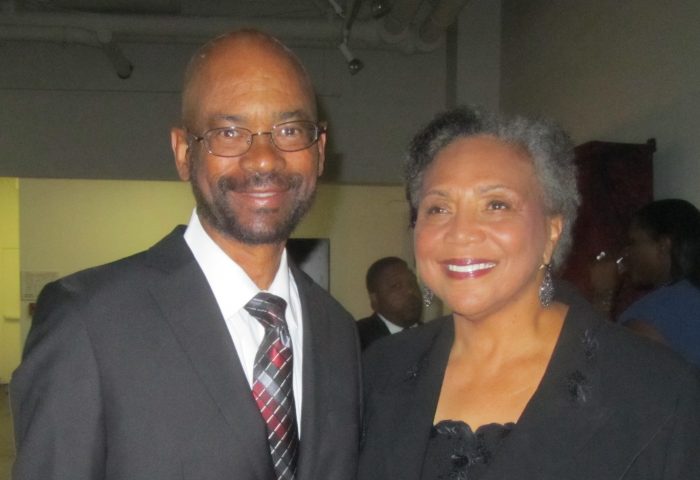 “There is a tremendous amount of opportunity especially now with all the new technology. The door is really opening up and they can use people of all races in particular Blacks. But you just have to prepare for the field and you have to study,” said Clements.