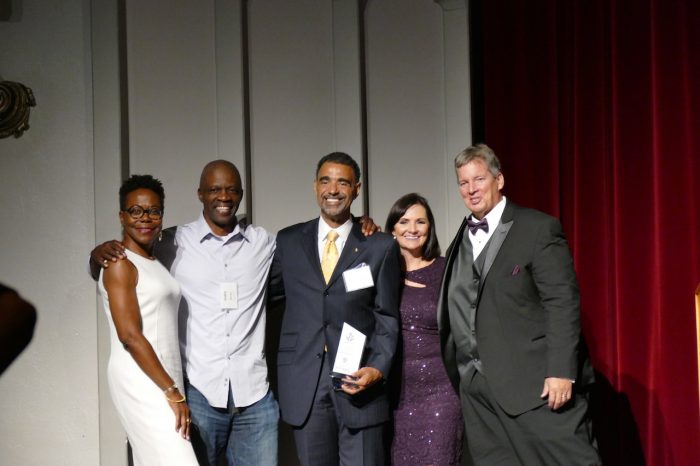 Inductees into the Hall of Fame were:

The Excellence in Community & Philanthropy category honors businesses that have demonstrated concern for the community above and beyond their own self-preservation.

The Perseverance & Sustainability category honors businesses that have demonstrated tenacity, strength and determination to continue moving forward in the face of life and business adversities.

The Ruby Bridges Pioneer in Education category honors businesses that have promoted innovative strategies in education.

The Entertainment, Innovation & Technology category honors businesses for their excellence in providing services or products in innovative ways.

The Entrepreneurial Rising Stars category honors young entrepreneurs who have demonstrated hard work and determination as they pursue success.

“These successful Black entrepreneurs are key to the economic growth of our community and Los Angeles,” said Karen A. Clark, multicultural strategy manager with City National Bank. “Many of them have overcome obstacles and preserved to create these thriving businesses. City National and its colleagues are deeply committed to supporting business leaders and entrepreneurs on the way up and that is why we launched this unique event.”

“Recognizing the important role that the black business community plays here is long overdue and it is an honor to recognize these great Black business leaders,” said Ed Hart, president of the Hart Leadership Center and co-founder of the Hart Leadership Foundation, who added that proceeds from this event will be donated to a local school district.

Launched in 2016, this was the second Black Business Leaders Hall of Fame and it featured Reginald Hudlin, a pioneer of the Black film movement who was an executive producer and writer of the television series “Black Panther” and executive producer of “The Boondocks. It also featured Wren T. Brown, a fourth-generation Angeleno and actor, producer and director who has dozens of film, television and theatre credits. The emcee was Pat Prescott, morning show host for smooth jazz the Wave, 94.7 FM radio.

The mission of the Hart Leadership Center Foundation is to honor and recognize current great leaders, and to invest in the development of the leaders of the future. They do this through a series of hall of fame events, leadership development programs, one-on-one coaching, and through educating the next generation of leaders. They partner with great companies, organizations, and individuals to create opportunity where it otherwise might not have existed.