“The business behind the music” is the theme for the annual event which BBA recognizes innovative individuals who make black music the multi-billion dollar economic engine.

“Clarence Avant and Lee Bailey are two of the most influential executives in the music and entertainment industry,” said BBA President and CEO Earl “Skip” Cooper. “They are single-handedly responsible for opening the door and ushering the way for today’s black music genre. The BBA is honored to recognize their contribution to disseminating African American culture around the world.” 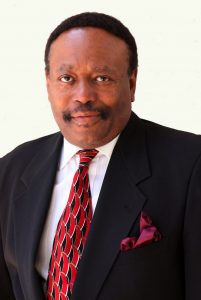 Clarence Avant is known as the Godfather of black music for his deal-making acumen and business savvy. In addition to managing artists like Blues singer Little Willie John, jazz producer Creed Taylor and composer Lalo Schifrin (“Mission Impossible” TV theme), he launched two record companies, Sussex and Tabu, which cultivated the careers of Bill Withers, Dennis Coffey and the S.O.S. Band. As a businessman, Avant worked with Al Bell to finalize a deal to sell Stax Records to Gulf & Western for $4.3 million, a record amount in the late 1960s. Over the span of six decades, Avant has diligently and steadily built a storied career, including promoting Michael Jackson’s first solo tour and being named chairman of Motown Records. Along the way, he has mentored such producers as Jimmy Jam & Terry Lewis and LaFace Records’ L.A. Reid and Kenneth “Babyface” Edmonds. Avant has been honored with numerous awards including a star on the Hollywood Walk of Fame in 2016.

Legendary broadcaster Lee Baily launched Bailey Broadcasting Services out of his garage in 1979. This was the humble beginning of the iconic on-air magazine RadioScope, which lasted for two decades. The show was a forerunner in syndicated urban radio programming, setting the stage for an entire genre of syndicated radio programming. An early adaptor of technology, Bailey launched Electronic Urban Report, EURweb.com in 1996. Since its inception, EURweb has become one of the premier urban entertainment and headline news sites on the web with over two million unique visitors per week. During the course of his career, Bailey has interviewed music industry superstars from Michael Jackson to Chaka Khan to Don Cornelius. Billboard magazine honored him as “Best Syndicated Urban Radio Program” and he received the “Men of Courage” award from The Carnation Company.