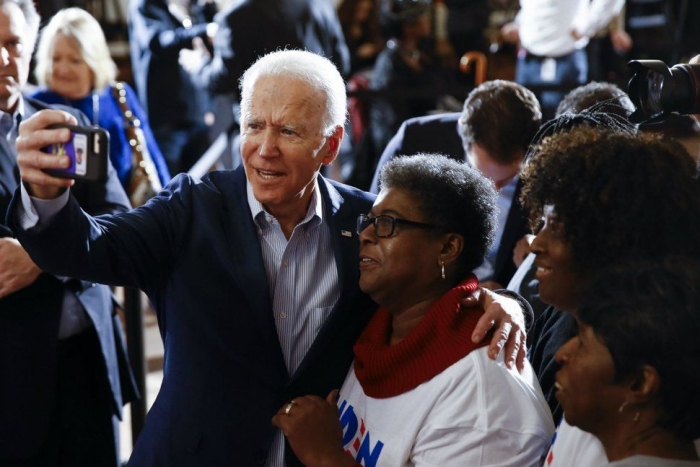 Among those challenges are caregivers, parents struggling to find childcare, and those in nursing homes, Biden and his campaign team said as they rolled out the former vice president’s “Plan for Mobilizing American Talent and Heart to Create a 21st Century Caregiving and Education Workforce.”

“I’m a grandmother of three beautiful young girls, and what I do every day is hope they have caregivers who know that I respect the work they are doing very much,” Lyles said.

“That means we need to pay people. We need to provide them with benefits. We need to make sure the people who are taking care of our children don’t have to worry about how they are going to get home on a bus, and that they are certain that they have an adequate wage to live in our cities.”

Each agreed that even before the pandemic, the U.S. experienced a caregiving crisis.

They echoed Biden’s campaign message that some care needs were going untended.

Other care needs were filled by Americans serving as unpaid caregivers lacking the financial support or respite care they needed, and sometimes putting their careers on hold.

Often, families made caregiving decisions that came with significant financial, professional, physical, and emotional costs, the surrogates each agreed.

Caregivers and early childhood educators – disproportionately women of color – have been underpaid, unseen, and undervalued for far too long, they stated.

“I don’t know if President Trump has even met a caregiver, or that he would even understand the role of caregivers, and their importance in our society and our economy,” said Rawlings-Blake.

“When I take a look at [Biden’s] plan, it is very comprehensive, and it is focused on standing in the gap for a healthcare system that the president is trying to dismantle.” 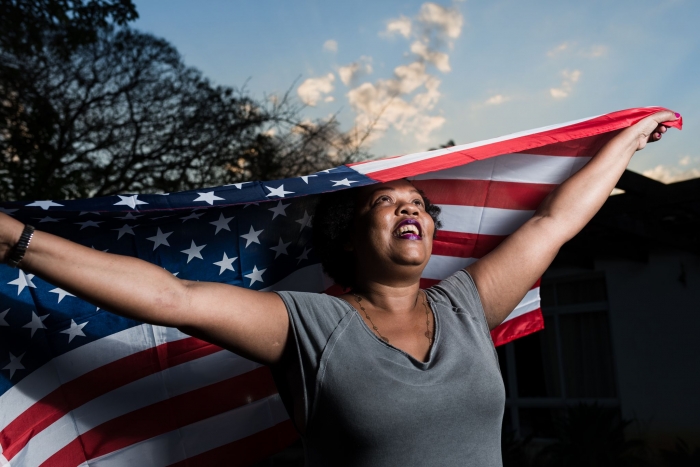 The plan includes: treating caregivers and early childhood educators with respect and dignity, and giving them the pay and benefits they deserve, training and career ladders to higher-paying jobs, joining a union and bargain collectively, and other fundamental work-related rights and protections. (Photo: iStockphoto / NNPA)

The campaign estimates that the plan would cost $775 billion over ten years and would be paid for by rolling back unproductive and unequal tax breaks for real estate investors with incomes over $400,000 and taking steps to increase tax compliance for high-income earners.

“The plan in every way is set out to really support those who are making it possible for our society to work,” Rawlings-Blake stated. “I’m particularly interested in the support that is given to in-home caregivers, because I know how precarious their jobs are, particularly in this COVID-19 crisis.”