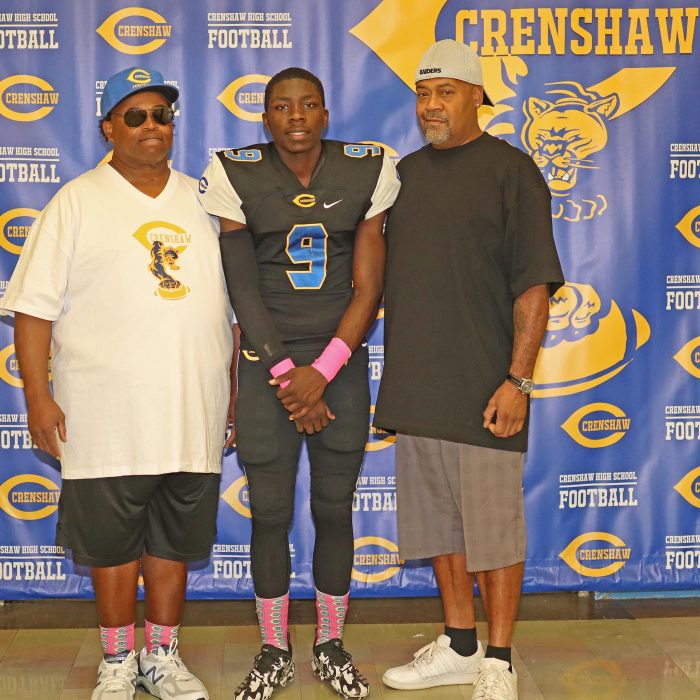 The Crenshaw High School community mourns the loss of senior cornerback, Allen Thomas. Allen was remembered as caring and respectable, always looking out for his family members and those who lived in his neighborhood.

Allen was a multi-sport athlete at Crenshaw, playing soccer, football and running track. Soccer was a sport he played since he was in elementary school. While he attended Menlo Park Elementary School, he got involved in soccer through the Beyond the Bell program.

“Soccer was his first love,” said Allen’s father, Reggie Thomas. “He’ll wake up at 5:30 in the morning, have his crew take him up there to the Coliseum to play soccer on Sundays.”

Growing up, Allen also learned boxing after his father signed him up the Sheriff’s Youth Foundation.

“He learned to box, he got a good record,” Reggie said. “He liked it for a while.”

When he would take Allen to the park to play catch, people would recommend to Reggie that Allen should join a Pop Warner football team. Due to financial and time restrictions, Allen was unable to play. The alluring popularity of football would catch Allen’s attention when he started attending high school. Allen played football at Hawkins High School prior to being enrolled at Crenshaw.

“I told him if he really wants to go somewhere, he need to go over to there with coach Garrett,” Reggie said. “I knew he wouldn’t turn him in the wrong direction, take care of him like he do all his players throughout the years.”

By his senior year, Allen was on the varsity squad for the Cougars; Crenshaw had a 5-7 overall record and a 4-1 Coliseum League record. Along with playing cornerback, he played at the free safety position.

Amid planning for his future career goals, prom, and his 18th birthday, Allen was gunned down. Reggie noted how Allen aspired to help youth.

“A few days before he got killed, he showed me his senior portfolio with his personal statement in it and how he either wanted to go to the Army, be a doctor, help kids or ultimately play for the L.A. Galaxy,” Reggie said.

According to his father, Allen mentioned how he wanted to get away from the issues that have been plaguing the Los Angeles area for decades: drug dealing, gang violence, and poverty.

“He wanted to do better than that to help kids,” Reggie said. “His team, his family, his friends, he was always there for them.” 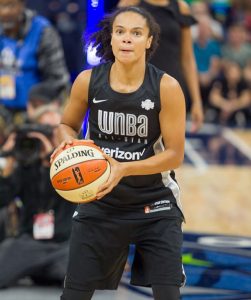 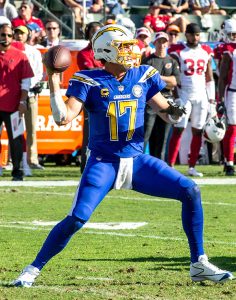