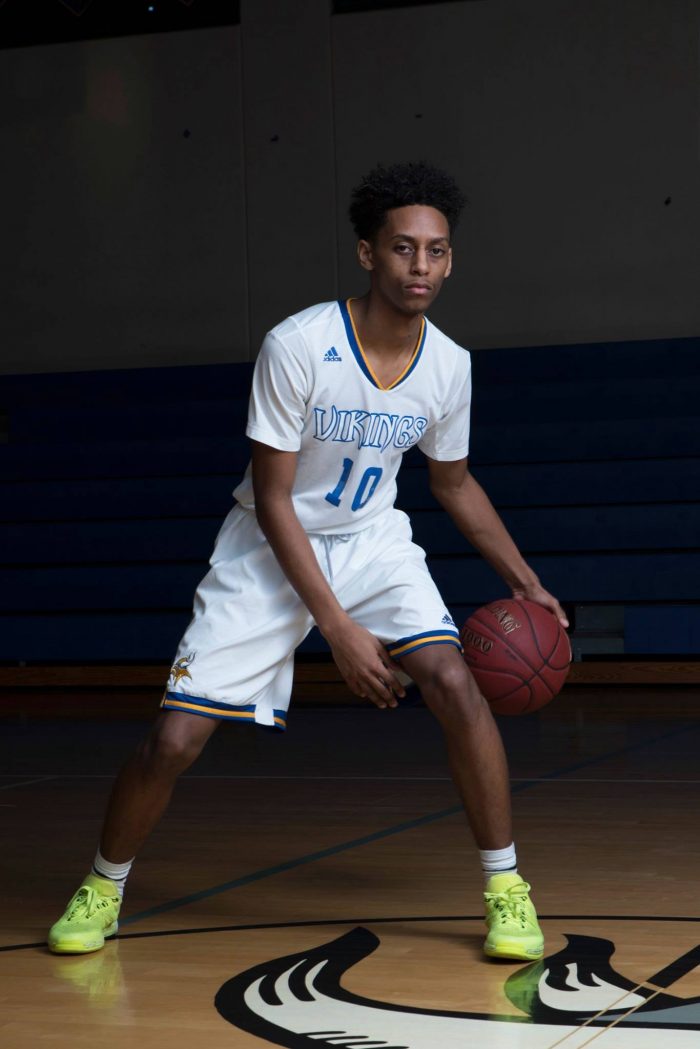 Adam Amanuel wanted to be involved with his school in order to help the St. Bernard community thrive. (Courtesy of St. Bernard High School)

“Adam is the most well-centered student I have ever taught. Adam would be the first to tell you that his deep, inner happiness comes from the gratitude he has towards God for his family, friends, and school community,” said Leo Imbert, a religion teacher at St. Bernard. “He is a true person of Christ.”

Being ASB vice president has helped Amanuel on court; he learned how to be patient and understanding when communicating with the team.

Writing poetry also became a hobby of Amanuel’s as a senior. His english teacher, Mike Sonksen, saw potential in his writing and wanted Amanuel to persue writing.

“He took it upon himself to give me books and invite me to poetry events and that inspired me to write more.” Amanuel said.

A piece that Amanuel wrote called “18 years of Family and Basketball” was published in Cultural Weekly, an arts and humanities publication.

Playing basketball is therapeutic for Amanuel; he noted how the sport gave him a sense of peace and how it eases his worries. With the help of Amanuel’s skill and leadership, the Vikings had a strong post season run earlier this year.

The St. Bernard Vikings reached the division 5A Southern Section Finals, losing to the Rancho Christian Eagles (23-12 overall) 57-73 in the championship game. Their performance gave the Vikings a bid in the state playoffs, where they defeated the top seeded St. Joseph Knights (31-4 overall) in the quarterfinals. The Knights are ranked 42nd in the state, according to Max Preps.

“Most people had us out going against the number one ranked St. Joseph, but we didn’t,” Amanuel said. “We realized who we were, if we played the way we play, then we’ll come out with a win.”

The Vikings had a rematch with Rancho Christian in the semi-finals where St. Bernard won 67-61.

In the state championship, St. Bernard faced the St. Joseph Notre Dame Pilots (26-9 overall). The Vikings lost to the Pilots 50-55.

Amanuel mentioned how a trip to Houston helped the Vikings bond as a team. St. Bernard played in the Houston National Showcase this year.

“We learned a lot about ourselves,” Amanuel said. “Our coach is always saying stay true to ourselves, to believe in who we are and how we play.”

During Amanuel’s junior year, the Vikings defeated the Eagles 60-56 in the Southern Section division 5A championship after going 0-8 in the Del Ray League.

“We all looked serious, we all looked like we needed to win,” Amanuel said in regards to the championship game. “It was really the focus that we had for the game and the trust that we had in each other and our coach and our system.” 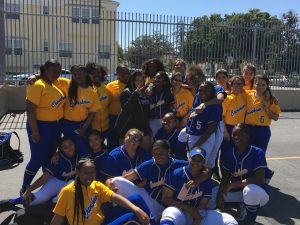 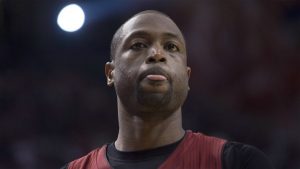 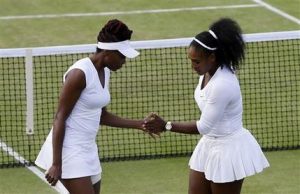 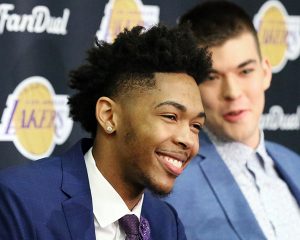 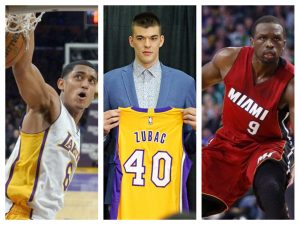 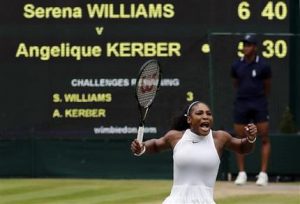