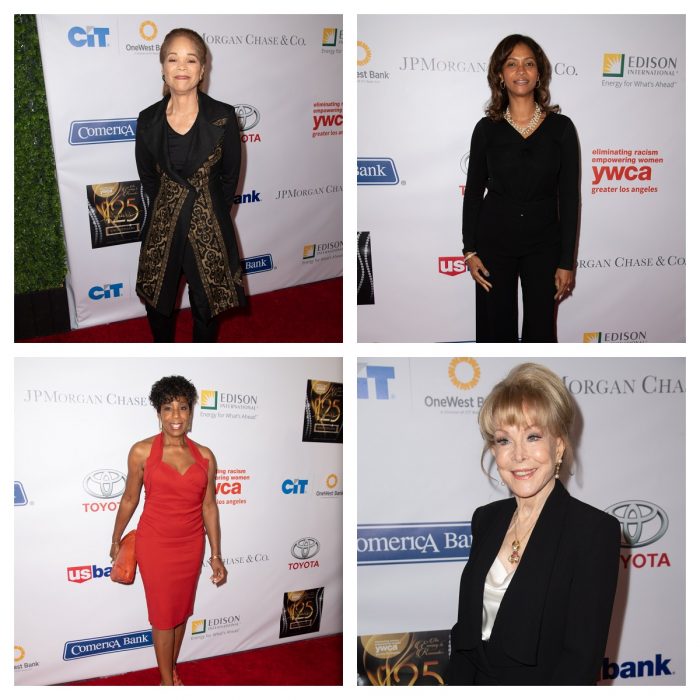 Tribute was paid to one of Southern California’s oldest and most honored service organizations when the YWCA Greater Los Angeles celebrated one and a quarter centuries of meeting the needs of at-risk young people and women over the past dozen decades.

Highlighting the evening was presentation of honors to actresses and women’s issues-activists Rita Moreno and Barbara Eden. Rita Moreno received the Soromundi Award, and Barbara Eden was awarded the Legacy Film and Television Honor. The evening also saluted four of the top civic defenders of the rights of vulnerable children and women without means.

YWCA President and CEO, Faye Washington reminded the audience that “the evening’s awardees also were symbolic of the hundreds of sainted souls who have conducted the compassionate work of the YWCA Greater Los Angeles who have supported the organization’s assistance of over 100,000 at-risk young people and struggling young women since the organization was bravely set forward in 1894.

Our dedication was to meet the aspirations of those founders and to fulfill our motto of eliminating racism and empowering women.”