I have heard it said, “I would have done this or that if I had known then what I know now. “Others might say, “Oh, it don’t matter. Nothin-is-gonna-change. I been eating this all along and nothin happened to me—–I been drinking this for years and I’m still here.”

What we allow to transcend into our consciousness, minds, bodies critically effects our actions and outcomes. Eating and drinking habits, what we see and hear controls our lives. Sometimes people say, “Oh, I can drink a little bit.” Here’s the problem—drink a little bit can bring visions of monsters—bears at the door. Addictions start with little bits—grow into biggg problems out of control. I gotta have more-more-more. Some people steal and start with a pen or a rubber band. The lives of serial killers: Jeffrey Daumer—Ted Bundy (murdered college students.) He was seen in college as an ideal student and one who had a great future. Bundy said in an interview with “Focus on The Family, Dr. Dobson,” (CBN). “Like most other kinds of addiction,” he said, “I would keep looking for more potent, more explicit, more graphic kinds of material. Like an addiction, you keep craving something which is harder, harder, something which gives you a greater sense of excitement. Until you reach the point that pornography only goes so far…”Bundy added, “I’ve lived in prison a long time now. I’ve met a lot of men who were motivated to commit violence just like me. And without exception, every one of them was deeply involved in pornography. Without question, without exception, deeply influenced and consumed by addiction to pornography.” Samuel Little was involved in sexual cartoons, necrophilia-cannabalism. “Some say, “Oh, it’s just soft porn.” These habitual erotic habits grow and grow out of control. One would never believe they could end up being a serial murderer from constant doses of pornography. Serial killers seem all of whom are under the influence of pornography. Some people think pornography is ok because there’s not a person in the room with them. What is there with them are demonic spirts which promote, provoke and motivate to enslave them. Believe it or not?! Jeffrey Daumer would use mannikins and graduated to real live people.

That’s the very point. What starts as something innocent (in their minds) grows into a giant. His grandmother threw away the mannikin he would use for comfort and security. Yes, he had a big problem. I bet his grandmother would like to have been wise enough to get help for him and hopefully he would accept it. His parents looked back and wondered what could we have done? It’s not necessarily what they could’ve done. The most and best advice: tell him Jesus Christ. Maybe we shoulda done this or we coulda done that. She was doing what she thought would be helpful to rid him of his demons, which she most likely had no idea what was going on.

About loneliness: Loneliness resorts to many things. The best cure for loneliness, which many suffer from is to give yourself away. It can turn into depression and other health problems if not attended to. Get out of ourselves. Help others. Give yourself away to helping others. Forget about ourselves and think on how we can help others. There are thousands and thousands of people who need help. 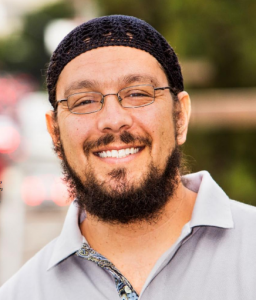