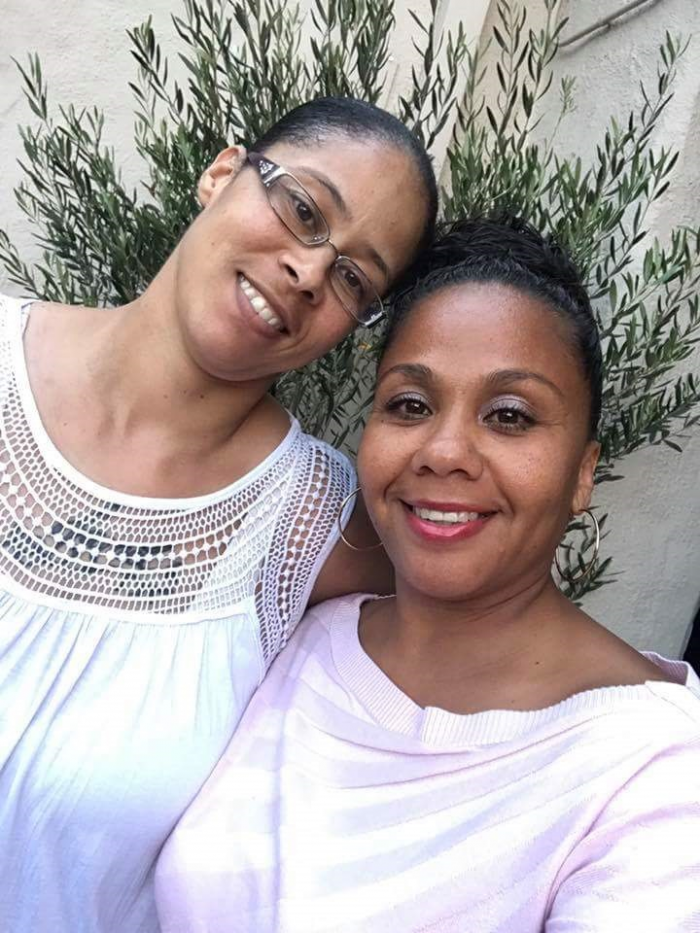 When it comes to the healing process, women may be slightly ahead, since they are more willing to share their emotions, according to 2nd Chance at Loving Life (2nd Call) founder and director Skipp Townsend, who recently invited the Sentinel to join one of the organinzation’s facilitator training sessions.

The sessions are held for those who are part of carrying out 2nd Call’s mission, which involves first healing, then redirecting the misguided toward more viable lifestyles. During the session, the women seemed to have an unspoken understanding of the power that comes from emotional healing.

“I do the same exercises for both men and women, but I get a more positive response from the women,” said Townsend.

“Women are more willing to put it on the table.”

During the session, the 2nd Call trainees were commissioned to practice a healing exercise, meant to encourage future participants to address “where they are from.” This is meant to unravel deep seated beliefs that drive behaviors that lead to bad decisions and unwanted outcomes.

The process involves writing a letter in which a participant remembers a terrible past event, addresses how it made them feel, deciding to forgive the person/ circumstances that caused it and then finding positive outcomes from the event.

2nd Call facilitator Shanae Polk believes wholeheartedly in the program, as she was once a participant who had previously been serving a life sentence for a violent crime.

“When I came home [from prison], 2nd Call connected me to a job at one of the drug and alcohol programs. I did that for about 2 years and then I started working here as a case manager,” Polk recalled.

“[Before then], In 2007, was when someone instilled hope in me. That was the change for me. I was digging myself into a deeper and deeper hole while I was serving a life sentence. I was told I would be paroled in a pine box. So thinking I was going to die in prison, my behavior reflected that… at the time I had so many reasons to be angry, they were just excuses not to move forward. So, I had a ton of reasons why I was angry, but in hindsight they were just excuses to keep me where I was.”

Townsend began developing a program addressing women within the organization in about 2009, he said, sparked by a woman Kelly Dillon, who had spent fifteen years in prison for killing her husband.

“She talked to me about the parallel between gang violence and domestic violence,” he explained.

“She got a gun from one of her friends who was a gang member. So, when she killed her husband, [the authorities] looked at it as domestic violence, but as she goes off to jail and her husband is getting buried, now two gangs are at war… so there’s a parallel there that has to be dealt with.”

Once participants go through the healing process, only then can they begin to prepare for a new life that includes a viable career that allows them to procure adequate resources for themselves and their families. 2nd Call teaches decision making, time management, resume building, and social skills. Both men and women are privy to the same healing process within 2nd Call.

For her part, Polk said that the process was very important to her. The skills she has learned continue to help her grow. She shares her skills with new 2nd Call participants and also as a certified drug and alcohol counselor.

“I used to hold them all in because it’s not that I didn’t know how to deal with them, I didn’t know what they were. I only knew two feelings. One was happy, one was mad. The sad, depressed, angry… none of those emotions are any that I talked about.

“So, 2nd Call being an outlet, where I could sit down in a group of many women, I can get out things I normally would not have been able to in the past. Emotions, now, are easy for me to deal with and understand. Now, I can understand when I’m going through something and the process to figure out why.”

Meanwhile, fellow 2nd Call facilitator and best friend Petra Funtila, who served time in prison with Polk, said she is glad that Polk “dragged” her to her first session years ago.

“I came to the realization in prison that if I don’t change my mindset, someone else is going to have control of when I eat and when I sleep, how long I can have a phone conversation,” Funtila said.

She knew deep down, freedom had been her greatest desire, but her mental state kept her in prison, even before she was put behind actual bars.

“Before, my thinking was that there was something wrong with everyone else and nothing was wrong with me. In 2nd Call, I’m more comfortable with the process [of facing myself]

Meanwhile, Polk said, if she could go back to the girl she was before 2nd Call, she would advise her to take a 2nd Call class.