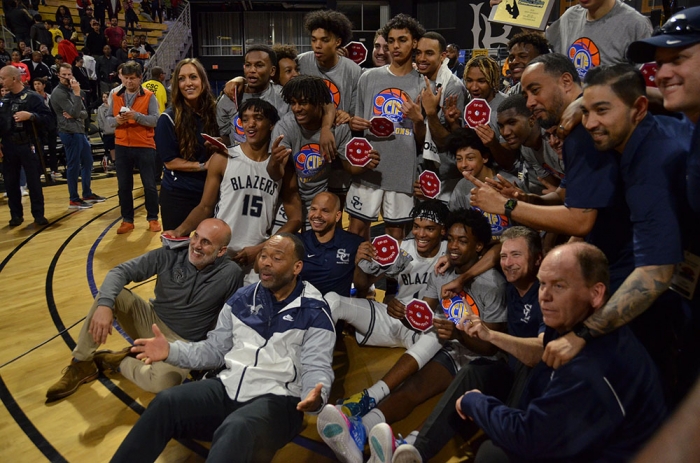 For the second year in a row, the Blazers of Sierra Canyon took home the CIF Southern Section Open Division Final title in a classic 59-48 win over the Mater Dei Monarchs on Friday at the Pyramid in Long Beach.

“At the end of the day, I was trying to do whatever it takes to win,” said Williams. “I’ve been waiting for this game my whole HS career so that was definitely where the motivation came from.”

The Blazers never trailed throughout the duration of the game, but the Monarchs stayed competitive and refused to go away. 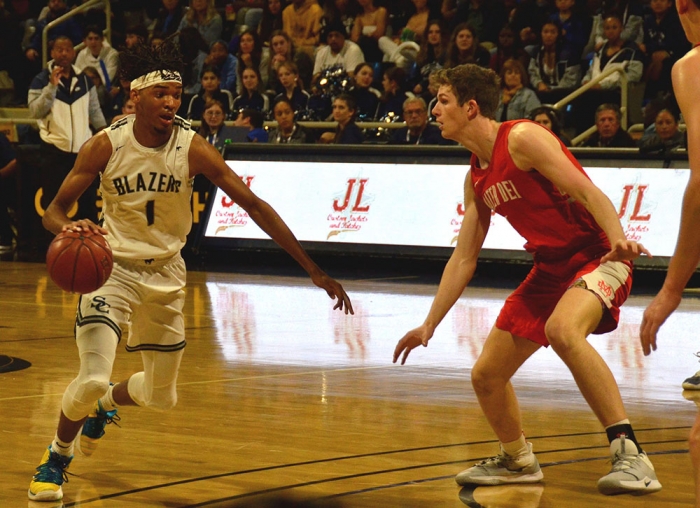 Junior forward Wilhelm Breidenbach had 18 points and 14 rebounds and Kentucky-signee Devin Askew added 15 points for Mater Dei (25-7). The Blazers were locked in defensively on Askew, forcing him to shoot six-for-18 shooting from the field and one of five from three-point range.

Trailblazers Freshman, Bronny James, the son of Los Angeles Lakers forward LeBron James, was scoreless in the game but played an important role on the defensive end with great tenacity on Askew.

“We did our homework all week on them,” said Sierra Canyon sophomore guard Amari Bailey. “We were ready and prepared for all their schemes.”

Sierra Canyon held a 33-27 halftime lead and extended its lead to double digits in the third. Mater Dei threatened after Askew buried a three-pointer to pull the Monarchs within three, 46-39 to end the period, but that would be as close as they could get, unable to spark a run in the fourth. 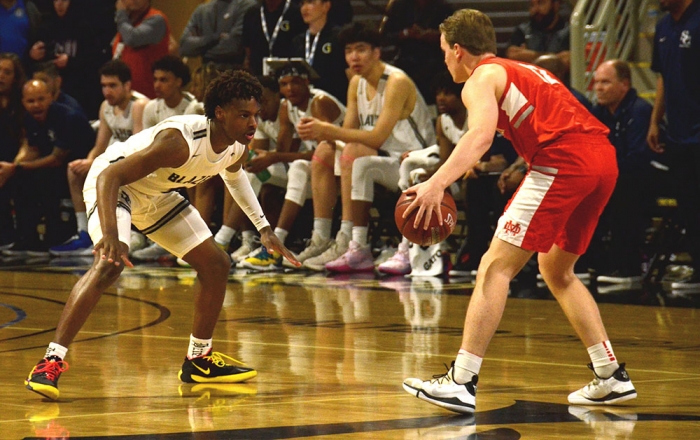 “They’re resilient, we all know that they’re talented as individuals, but for them to come together and be resilient and deal with the media attention and everything and still be able to win, it’s been great,” said Sierra Canyon head coach Andre Chevalier on his talented young roster.

Sierra Canyon will now prepare for the Southern California Open regional playoffs seeking a third straight state title after being rewarded a No. 1 seed and first-round bye.

The Trailblazers will play the winner of Wednesday’s game between No. 4 Studio City Harvard-Westlake and No. 5 Corona Centennial on Saturday.