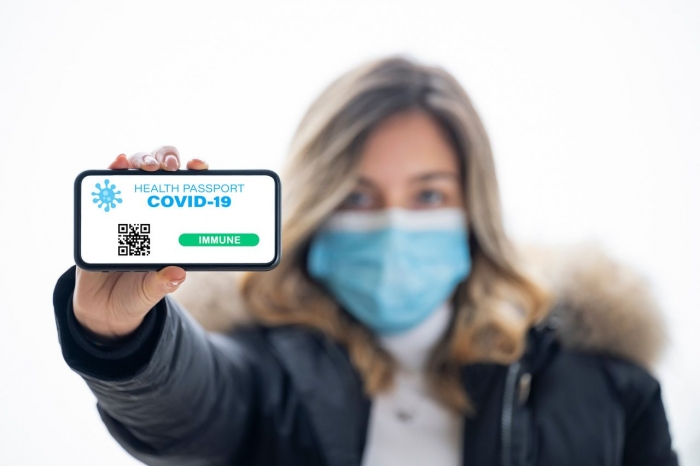 On Feb. 22, a White Pasadena resident says “they” received an e-mail from a friend containing access codes to get vaccinated for COVID-19 in a nearby neighborhood that is predominantly Black. The problem? Those codes were meant for people in Latino and Black communities that have been hit hardest by the pandemic.

Last week, the California Governor’s Office of Emergency Services sent about 1,000 access codes to community groups that were to be used to register people for vaccinations in Los Angeles and Oakland, according to spokesperson Brian Ferguson. However, these codes were leaked. This resulted in people who the codes were not intended for reserving appointments and showing up at vaccination sites in heavily Black and Latino communities.

“I was excited. I felt a rush to sign up at the chance to keep myself safe,” a White Pasadena resident accused of jumping the line in Black communities told California Black Media (CBM).

“I’m thinking about getting pregnant and knowing I could be safe from COVID before that happened would be really reassuring,” said the person who spoked to CBM on the condition of anonymity.

The incident brings to life the two dueling opinions in an enduring, deeply controversial and divisive public fight over race and state policy in California, a state where Proposition 209 outlawed affirmative action or any consideration of race in public employment, public education or public contracting in 1996. On one hand, the unauthorized use of the codes underscores how race-based policy may have unintended outcomes when implemented, leaving some people feeling left out or overlooked. On the other hand, it reveals the importance of targeting funding – in this case life-and-death assistance — to particular racial and ethnic minorities who may be most affected by a specific problem.

California Gov. Gavin Newsom responded last week, sharing what he plans to do to remedy the fiasco.

“We’re going to go away from group codes to individual codes,” Newsom said.  “We don’t like to see those abuses.”

Newsom has since said that he plans on “revamping” the program.

According to Ferguson, state officials believe that most of the outsiders who received the codes did not misuse them intentionally.

“When I found out the codes were not meant for us, I was frustrated,” the Pasadena resident said. “I wouldn’t have cut the line if that’s what I knew we were doing, but I’m embarrassed to say I didn’t realize that was happening.”

According to the Los Angeles Times, this was a common story amongst nonresidents who received codes that weren’t meant for them.

The Pasadena resident, whose preferred pronouns are they, their, and them, said, after visiting the state online vaccine portal, “My Turn,” they entered their race and address into the system. However, the system did not inform them that they could not use the access code.

“We put in our information, including race and zip code and it didn’t deny us. There was no mention in the email or on the website,” they said.

Upon realizing what had happened, they attempted to correct the mishap on their end.

“My husband and I had conversations about it and decided to cancel our appointments,” they said.

This resident, along with many others, expressed outrage, complaining that the system did not efficiently assist those it was designed to help.

“I’m so angry that the system puts the responsibility on the recipient to do the right thing and be educated enough to know what is going on,” they said. “It feels like a conspiracy.”