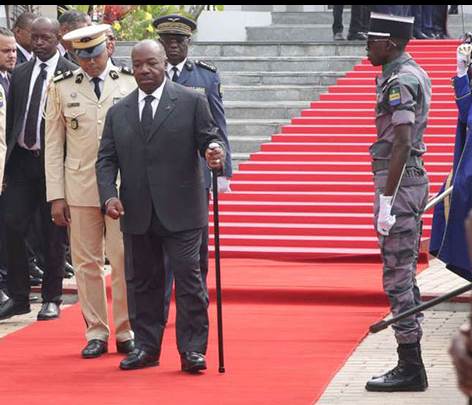 Gabonese President Ali Bongo is receiving medical treatment in London after his health deteriorated during a visit to the city, according to people familiar with the matter.

But this news of the absent president was immediately contradicted in an official press release this week in a pattern common to many ailing leaders. The leader of this oil-producing country is merely spending time at his London residence while on a short period of leave, the official statement read. He is undergoing routine medical checks and will soon return to Gabon.

Gabon has been leaderless on-and-off for the past year when the president suffered a stroke while attending a conference in Saudi Arabia. He returned home five months later, after recovering abroad.

Efforts to determine President’s fitness to govern were stymied this week by Gabon’s Court of Appeals which refused to hear a petition requiring the leader to undergo medical tests.

The appeals court has “buried” the case, said Jean-Paul Moumbembe, a lawyer for members of Gabon’s political opposition, civil society and trade unions. A lower court dismissed the case in May.

Gabon, which is going through an economic contraction, is a dynasty ruled by one family since independence from France in 1960. The father, Omar Bongo ruled for more than 40 years. His son, Ali Bongo Ondimba, became president in 2009 after an election declared fraudulent by the opposition.

Despite abundant natural wealth, poor fiscal management and overreliance on oil have stifled the economy. Power cuts and water shortages are frequent. Gabon, located in the western curve of West Africa, has one of Africa’s highest average per capita incomes, but oil wealth is held by few, and most Gabonese live below the poverty line.

Anticorruption laws are not enforced, and bribery is widespread in commerce and business and particularly in the energy sector, according to the 2019 Index of Economic Freedom, published by the Heritage Foundation.

While Gabonese citizens try to locate their ailing president, the country’s recently appointed environment minister, Lee White, told the BBC in an interview broadcast Aug. 28 that Bongo is physically weakened by the stroke but fit to govern and “definitely in charge.” 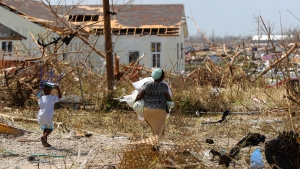 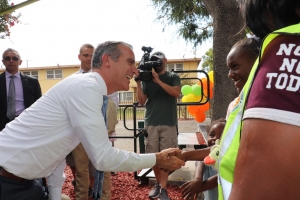