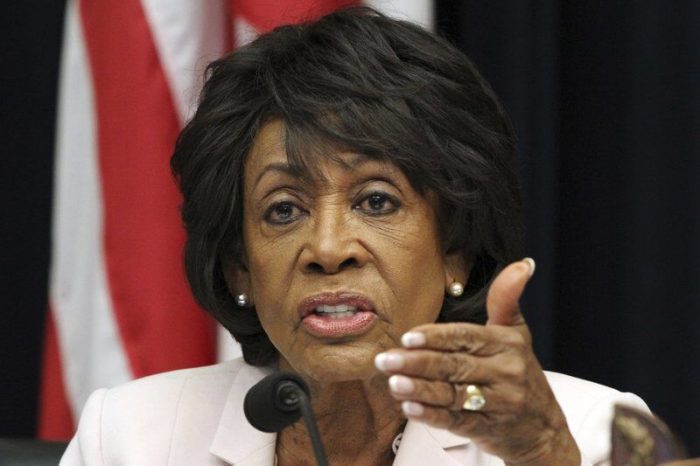 “We have watched in horror as Education Secretary Betsy DeVos has launched a full-on assault on civil rights protections for students — particularly students of color, students with disabilities, transgender students, and survivors of sexual assault — all in the name of greater efficiency. However, a Department of Education that ignores its mandate to enforce federal civil rights laws isn’t efficient, it’s delinquent. Betsy DeVos’ failure to properly enforce civil rights laws necessitated my introduction of the Education Department Civil Rights Transparency Act, which requires that the Education Department publish its civil rights related activities so we can better hold the Secretary accountable,” said Congresswoman Waters.

Pursuant to 20 U.S. Code § 3413, the Education Department’s Office for Civil Rights (OCR) is responsible for ensuring federal civil rights laws are followed by our nation’s academic institutions. However, under Education Secretary Betsy DeVos, the Department is failing to do so. The Department revealed changes to OCR’s Case Processing Manual, which will eliminate an appeals process for students who reported civil rights violations and limit the time in which complainants can offer OCR investigators evidence. The Department also announced that it would begin reviewing civil rights cases in isolation of one another, reversing the prior practice of investigating whether civil rights violations are widespread or systemic; rescinded guidance that helped ensure that schools do not discriminate against transgender students; and, rescinded guidance which protects students from sexual assault and harassment on school campuses, among other disturbing actions.

As a remedy, the Education Department Civil Rights Transparency Act would require the Department to publicly disclose:

“The Department of Education’s recent rollback of key civil rights measures, as well as its attacks on enforcement of laws designed to protect equal educational opportunities for our nation’s students, demonstrate the urgent need for oversight by the Department’s Office for Civil Rights. Congress and the public must have the information they need to provide oversight and hold OCR accountable to protect the civil rights of our country’s students.”

“From the earliest days of the Trump-Pence Administration, political appointees at the U.S. Department of Education have sought to cruelly and callously undermine the civil rights of transgender students, young people with disabilities and survivors of sexual assault throughout America’s schools,” said David Stacy, HRC’s Director of Government Affairs. “The public has a right to know whether the U.S. Department of Education is fulfilling its legal and moral responsibilities to investigate complaints and protect the civil rights of all students. As the nation’s largest LGBTQ civil rights organization, we support the Education Department Civil Rights Transparency Act and we thank Representative Waters for her leadership on this critical issue.”

“Secretary DeVos has proven to us time and time again that she is not interested in doing her job. By quickly dismissing cases and refusing to investigate cases from transgender students DeVos has shown that she does not care to uphold students’ civil rights. It is essential that we hold the Trump Department of Education accountable by creating further transparency for students and their families. Know Your IX is thrilled to see Representative Waters taking action to shine a light on the DOE.”