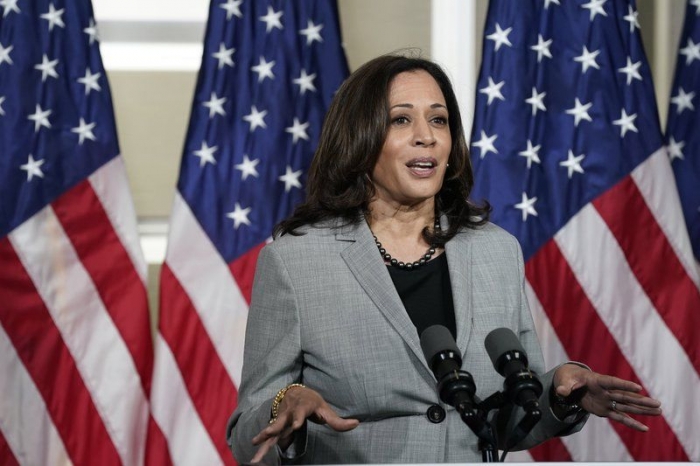 In 2021, Kamala Harris made history as the first Black, first Asian and first woman to be elected vice president of the United States.  After a year in office, she met with the Black press to give an update on her activities that impact African Americans throughout the nation.

With voting rights claiming top priority in states around the country, Chavis opened the interview asking Harris if Black Americans can be optimistic about the passage by Congress of the John Lewis Voting Rights Amendment and the Freedom to Vote Act.

Although the House passed the legislation, the bills have stalled in the Senate due to Republican opposition. Also, Democratic Senators Joe Manchin (D-WV) and Kyrsten Sinema (D-Ariz) have refused to support changing the chamber’s filibuster rule to approve the bills with a majority of votes instead of the current requirement of 60 votes.

While the legislation appears stuck, Harris encouraged people of color to remain hopeful and cited how she was inspired to believe that a positive outcome will occur. A recent conversation with civil rights icon and former Ambassador Andrew Young led her to reach that conclusion.

“Basically, Ambassador Young, in a nutshell, said, ‘Look, freedom is a constant struggle and the point is, we don’t give up and that’s certainly where I am – we don’t give up,” stressed Harris. “We’re going to continue to fight to get this done.

“This is a movement for voting rights and it is a movement in which those of us that are present at this moment have been passed the baton from those who carried it before. It’s the same movement.”

Paraphrasing the words of Coretta Scott King, Harris recalled, “Mrs. King said, ‘The right for civil rights must be fought and won in each generation.’ Her point was very clear. Whatever gains we make, they will not be permanent, so we need to be vigilant.

“This is certainly a moment we should not have to be in – fighting against blatant laws that are designed to target specific communities and obstruct access to the ballot. But fight we must and fight we will.”

Chavis compared the efforts to block voting rights to attacks on democracy, such as the last year’s January 6 insurrection in Washington D.C.  However, he wondered if such assaults are occurring on an international level in other democratic countries and governments.

“Is this part of a larger conflict across the globe? In your travels around the world, does the global struggle to ensure democracy come up,” inquired Chavis.

Answering in the affirmative, Harris said many prime ministers and presidents of European and African nations have registered attacks on democracy in their countries. Also, these leaders are watching America’s actions in regards to voting rights.

In the eyes of the world, Harris said, the U.S. is “a role model for what a democracy should be.” But, she believed that Congress’ reluctance to assure voting rights is changing that opinion and tarnishing America’s reputation.

“Voting is one of the most important pillars of a democracy. So, they’re (other countries) are watching.

“Like any role model, you watch what the role model does,” insisted Harris.

“I’ve met with the presidents of Zambia and Ghana talking about these issues. Yes, it’s a domestic issue, but it literally has a direct connection with our standing around the world and our democratic principles.  To go to other countries and say ‘we need you to care about human rights’ – we lose our legitimacy to say that these are values that should be fought for and prioritized, when we don’t reflect those priorities in our own country.  It will impact our standing around the world,” she said.

Returning to discuss those issues close to home, Chavis asked Harris to outline how the recent passage of the bi-partisan infrastructure bill will affect African Americans. Since the vice president played a critical role in moving the bill forward, she listed the various areas that the bill would address.

Three areas that she cited were $90 billion in public transit funding, $65 million into high-speed access and affordability for broadband and Internet, and money for lead removal to reduce and eliminate elevated levels in pipes and paint.  The infrastructure funding will also result in the creation of jobs for skilled positions such as carpenters, plumbers and electricians.

In addition, Harris highlighted the herculean work that the Biden-Harris administration has done to fight COVID-19.   In the year since she and President Joe Biden assumed office, the vice president said, “I’m proud to say that about 200 million Americans are vaccinated and about 75 million have received a booster.  Also, 95% of public schools are reopened (because of the work with distributing vaccines), which is very important for Black and Brown children.”

Under the Biden-Harris administration, Harris said that unemployment has fallen to a record level of 3.9%, six million new jobs have been created, federal contracts to small businesses are increasing by 50%, and African American businesses are receiving assistance under millions of dollars allocated to CDFIs, community development financial institutions also known as community banks. Another bonus was the extension of the Child Tax Credit, which we reduced Black child poverty by over 40%.

Harris was also responsible for organizing the first-ever White House Summit on Maternal Health. During this gathering, she assembled medical experts to discuss Black maternal health mortality, racial bias in the medical system and the particular health needs of Black women as wives, mothers, grandmothers and leaders in the community.

As the interview concluded, the vice president announced the administration’s launch of the National Roadway Safety Strategy, an exclusive for the Black press.

“We’re putting $6 billion into state and local governments to improve safety on the road. It’s about funding for local communities to get better streetlights, it’s about ensuring that crosswalks are safe, giving people enough time to cross and we’re talking about the elderly, a mother with a stroller, and a father with a stroller,” Harris said.

“It’s a very big thing when you talk about the quality of life that people have when they live in communities where they rely on public streets to walk to church, get the kids to school, get to the bus and to be safe. This is very significant work about what we must do to put resources into helping families thrive.” 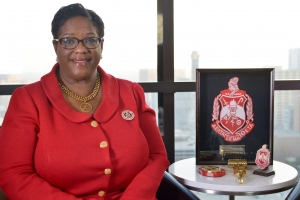 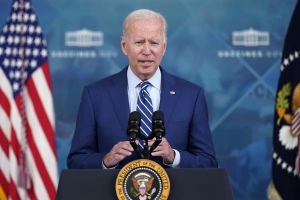 Biden Nominates 3 to Fed Board, Including First Black woman 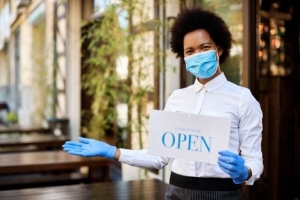 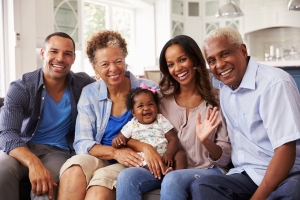 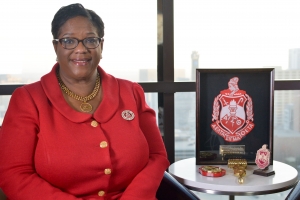