In 2016 the right to vote is still being debated by the U.S. Supreme Court and there are still important lessons have not been learned from the 2000 presidential election and Supreme Court ruling in Gore v. Bush. Both were blatantly unjust.

Supreme Court Justice John Paul Steven’s dissenting summation in Gore v. Bush remains instructive. He wrote, “In the interests of finality, the majority of the U.S. Supreme Court effectively orders the disenfranchisement of an unknown number of voters whose ballots reveal their intent and are, therefore, votes under state law—but were, for some reason, rejected by the ballot-counting machines. Although we may never know with complete certainty the identity of this year’s (2000) presidential election, the identity of the loser is perfectly clear. It is the nation’s confidence in the judge as an impartial guardian of the law.” (The systematic intimidation of poor people, Blacks, Latinos, immigrants and the disabled continue to deny voting rights in the 21st century.)

Countless personal, as well as family stories from Florida in 2000, illustrate the ongoing problem of voter disenfranchisement. Dave Crawford, an African American from Broward County, stated, “I showed up at the polling place with my five-year-old daughter. I was stopped at the door by an elected official. He asked me my name. I told him. He said, ‘Son, we’ve got a problem. You’re not allowed to vote.’ I asked him what the hell he was talking about. He said, ‘Son, says here you’re a convict. Convicts can’t vote.’ I told him that I’d never even been arrested in my life. I handed him my voter ID card. He just shook his head, smiled and pointed at a list. He never showed me my name. My daughter began to cry and I left in disgust.”

A detailed analysis of the Florida vote by the Washington Post found the higher the percentage of Black voters, the higher the rate of rejected ballots. Up to a third of the ballots in Jacksonville’s Black precincts were tossed out, four times more than in neighboring white precincts. The huge disparity in discarded votes was a reminder that we are indeed still two Americas.

The African American turnout vote in Florida in 2000 was an astounding 65% higher than in 1996. Many new voters were motivated by then Governor Jeb Bush’s One Florida program, which sought to dismantle affirmative action in university admissions and state contracting.

Erwin Chemerinsky, then professor of law and political science at USC, provided regular commentary on the 2000 presidential election and its many disturbing ramifications. He believed perhaps the most important lesson the American people learned from the election, and its aftermath, was that U.S. Supreme Court’s decisions are a product of the justices’ values and views. He stressed that in virtually every case, including the final decision resolving the presidential election, the court has great discretion. Inescapably, he said, a justice’s ideology determines how he or she votes. Thus, it was hardly surprising that the five most conservative Republican justices sided with George W. Bush, while the two democrats and more moderate Republicans agreed with Al Gore.

The Supreme Court is not a political institution in the manner of a legislature and judicial decisions are not the result of lobbying, campaign contributions, vote-trading among the justices or constituent pressure. But the court’s decision in Gore v. Bush-and virtually all court rulings- are political in a different, more subtle sense. Chemerinsky was correct in asserting that how the justices decided was fundamentally a reflection of their values and views.

The issue before the court was whether the Florida Supreme Court erred in ordering the examination and tabulation of the uncounted votes. Most Republicans believed the Florida Supreme Court was wrong; most Democrats agreed with its order. As mentioned previously, the U.S. Supreme Justices decision in Gore v. Bush- and in every other case-is political, whether a justice votes for or against abortion, or school prayer, or affirmative action programs is a reflection of the justices’ ideology and values; seeing the court as inherently political has important implications.

First, it shows that decades of conservative rhetoric about the judiciary is nonsense. Conservatives repeatedly claim courts should not “make the law” and they attack judicial activism. The Supreme Court makes the law, one way or another, in every case it decides. Second, recognizing. inherently, the Courts’ decisions involve value choices by the justices means they should be appraised for how well they defend their rulings. The court’s majority, for example, failed to explain why differences in counting in Florida was unconstitutional, while other variations among counties, such as their voting machines, their ballots and their treatment of minority voters were permissible. Even more troubling, the court offered no persuasive rationale for ending the recount. Third, and perhaps most important, recognizing the significance of a justice’s ideology and political views in the confirmation process is imperative.

The lessons to be learned are that there is no such thing as value-neutral judgements, even in the nation’s highest court and that the struggle to ensure voting rights for all Americans continues. 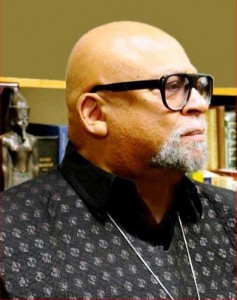 A Rightful Reading of History: Culture, Consciousness and Struggle
The Importance of Detecting Children and Families Trauma Early 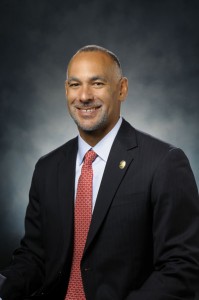 Dialogue, not disruption, is the path to LAPD reform 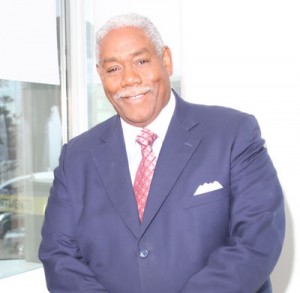