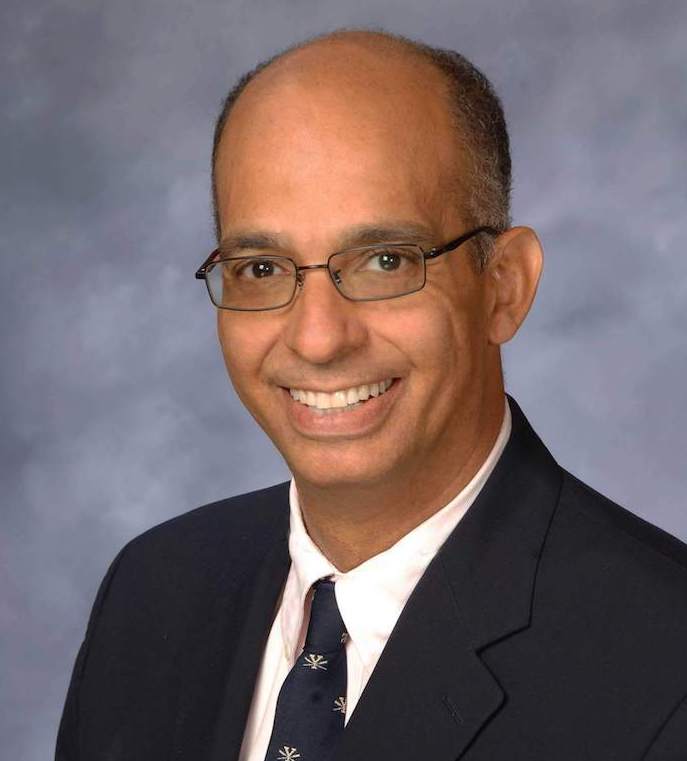 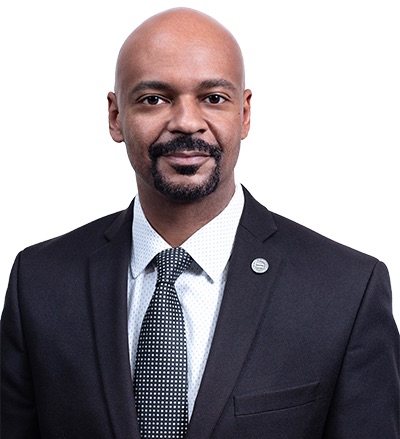 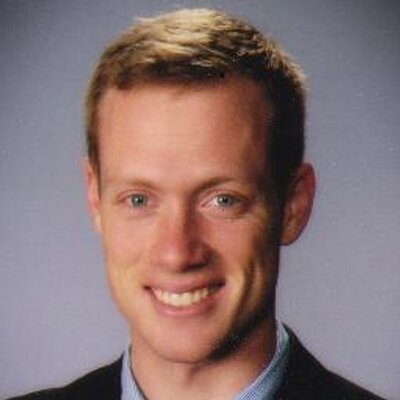 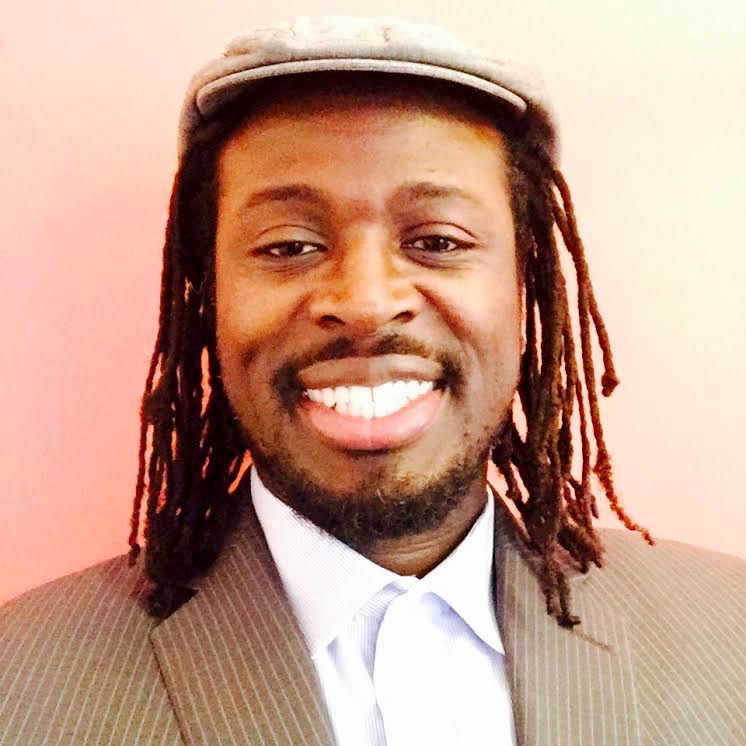 What does LA County Measure W, the $300 million per year Safe Clean Water Ballot initiative have to do with the Black community’s economic vitality?

Turns out, a whole lot.

Sometimes it takes the threat of an ominous storm to bring together forces that sometimes find themselves in opposition. Measure W is a historic compromise between labor, environmentalists, industries and municipalities that are facing a federal Clean Water Act mandate that requires stormwater controls for municipalities and transportation, warehouse and industrial facilities.

At its core, we support Measure W because of its impact on empowering African Americans and other communities of color in Los Angeles County – making business pay their fair share for the clean water that Black and brown residents are most likely, otherwise, to be deprived of. Measure W is a progressive tax that spreads the compliance burden equally with no groups paying more than their fair share.

The Problem: Stormwater Pollution Has Health and Environmental Costs, Especially in Communities of Color

When the rains come to Los Angeles County, a certain kind of relief sets in.  The dust and grit and oil accumulated on parking lots and streets during a dry summer gets washed away, down the drain, and everything gleams anew.  The land, wildlife and mountain landscapes spring to life.  But this relief comes at a heavy cost.

The stormwater that streams down our streets, curbs, drains, and rivers is heavily polluted.  Oil, gasoline, industrial runoff, heavy metals, homeless population debris and thousands of tons of trash are captured by the rain and drain, untreated, straight to our waterways and ocean destroying ecosystems and wildlife, choking our beaches with trash. This polluted water amounts to billions of gallons of fresh water we could capture, clean and save each year – enough water to meet the needs of millions of Angelenos each year.

In a few weeks the voters of Los Angeles County will have the opportunity to solve this problem by supporting Measure W, the Safe Clean Water Program, a fair parcel tax that will begin to fund the thousands of backlogged stormwater infrastructure projects that the 88 cities in Los Angeles County, and the County itself, have had stuck in their planning departments for decades.  Beyond the environmental, social, and legal benefits arising from Measure W, it’s also good for business.  It will raise $300 million per year to support enforcement of stormwater rules against non-complying businesses and others that contribute to the pollution problem.

For decades Congress has empowered the US Environmental Protection Agency, the California Water Board and the Los Angeles Water Boards to require governments and companies to obtain stormwater permits that allow them to discharge water that they would otherwise have to retain, store, recycle or reuse the rain that falls on their properties.  The county and each of its cities will face millions of dollars’ worth of fines as soon as 2020 for violating this rule; the costs, of course, will ultimately be passed on to taxpayers and business owners. For decades now, the region’s administrators have largely ignored these rules, perhaps hoping that the costs of upholding the law can just be passed to the next generation. The thought may be that “It’s better to pay a 2.5-cent per square foot tax on impermeable surfaces (paved and other areas where water can’t seep into the ground) to clean stormwater now, rather than to send our money to 88 distinct cities.” In other words, they have been “kicking the can down the road” for others to deal with later.

Many of the projects that Measure W will fund are “multi-benefit,” meaning that in addition to treating stormwater, they will capture and recirculate some of the water from the Los Angeles River watershed for future supplies.  The economic renewal that follows the creation of soc-called green infrastructure like this is a real economic boon, as anyone in Elysian Valley or Echo Park can attest.  That renewal can be extended to areas of intense industrial and manufacturing activity where people of color, especially Blacks, live.  Areas like the Crenshaw Corridor, the Slauson Corridor, Watts, Wilmington, Compton Creek, the Lower LA River, Boyle Heights and East LA have the most some of the most impaired waterways in the country.  These concrete flood control channels and areas that overlay our drinking water aquifers will receive funding to the extent the funding overlaps with the federal Clean Water Act mandate.  That’s not just good for the environment and our communities. It’s good for Black businesses and all businesses in Black communities and communities of color that tend to be located near dense populations and the more impaired waterways.  The funding will only be possible for the Black communities if Black people vote for Measure W and get actively engaged with the campaign.

And for our coastal communities, home to many Black residents from all economic strata, a successful Measure W represents a future Los Angeles in which the beaches don’t close after big rainstorms.  The value created by these improvements to property values, quality of life, and tourism is good for business and good for people who enjoy our beaches.

Many hundreds of Black and other business of color have invested significant amounts in stormwater treatment technologies at their facilities in order to meet their discharge permit obligations.  But thousands of others have done nothing – essentially rolling the dice that they will avoid enforcement actions as they have in the past.  Measure W gives credit for investments previously made by those compliant businesses, and finally brings fairness and a level playing field to a system that currently favors the violators.

And of course, on the mind of every Southern California resident and business-owner: Will our growing communities have a clean, stable, reliable source of fresh water from the Los Angeles River Watershed now and into the future?  Measure W is primarily concerned with the treatment of stormwater to meet pollution standards, but many of these stormwater projects have the added benefit of capturing and “recharging” groundwater, augmenting local water supplies and increasing locally sustainable sources of water. (For instance, about 90% of the storm runoff from the San Gabriel River is already captured, and the remaining amount is already claimed as water supply by downstream users in the Central Basin).  Without stable water supplies, Los Angeles would cease to be the economic miracle it is today. The billions of gallons of fresh rainwater that falls here every year is one of our best, mostly untapped, natural resources.

A Rebuttal to the Detractors

There are detractors who disagree with the proposed Measure. Many of the Measure’s opponents are large, anti-tax real estate holders and developers. Their arguments against the measure fail, however, when one examines the facts.

First, the Measure calls for independent oversight of the funds collected and the projects to be undertaken by municipal, scientific, environmental, social justice, and business leaders.

Second, the property parcel fee does not escalate over time, meaning that a few decades from now, the funding will dwindle in real terms to fund merely the ongoing operations and maintenance of these projects.

Third, each of the 88 cities and the County have listed their priority stormwater projects for all to see – so there is transparency about how the funds will be deployed.

Every time we pollute the ocean or groundwater we take out a loan that will be paid by our children and their future environment. They’ll pay that debt with greater health risks, polluted outdoor spaces and beaches, and spiraling costs for pollution remediation. In a few weeks, the voters of Los Angeles County will have the opportunity to fix the county’s stormwater problem and create a future of safe, clean water by voting “YES” in support of Measure W.

William Funderburk, Jr. is the co-founder of Castellón and Funderburk LLP, a business litigation, environmental law and policy law firm, where he practices environmental and energy law and policy.  He is the immediate past Vice President of the Los Angeles Department of Water and Power Board of Commissioners where he served as Mayor Eric Garcetti’s appointee from 2013 to 2018.  At LADWP, Commissioner Funderburk pushed for greater representation of underserved communities in policymaking, decision-making, employment and supply chain services through the Equity Metrics Data Initiative (www.ladwp.com/equitymetrics).  This included the Charge Up Crenshaw to promote electric vehicles and the Watts electric vehicle chargers.  He also traveled to Paris, Bonn and most recently San Francisco as a delegate to attend United Nations or California Governor climate conferences. He is a native of Washington, DC, graduated from Yale University and Georgetown Law Center and resides in the La Brea-Hancock neighborhood in Los Angeles

Brian Williams had a 30-year career as an entrepreneur and corporate executive prior to joining the Los Angeles Urban League as its Vice President and Chief Operating Officer in 2017. He managed a family-owned firm in Kansas City, MO, in the years between graduation from college and attending business school. After receiving his MBA, he was in brand management at Procter & Gamble headquarters in Cincinnati, Ohio, then joined McKinsey & Company as a senior management consultant in New York. Mr. Williams received a BA from Yale College and an MBA from the Yale School of Management.

Nile K. Malloy is a Climate Equity Strategist and Consultant who brings over 15 years of economic development, public health, community organizing, philanthropic relationship building, climate change, and environmental justice experience. He has participated as a program committee member for both California and National Adaptation Forums and currently serves on the steering committees of the forums. He is also Senior Manager at the Neighborhood Funders Group leading their Democratizing Development Program.