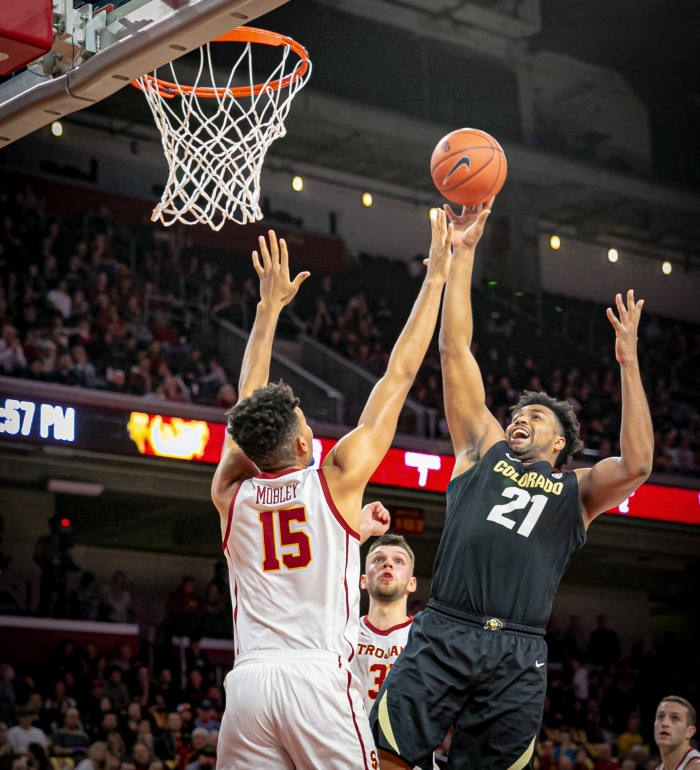 The Trojans fell flat against the Colorado Buffaloes Saturday night 78-57, during a game in which USC displayed an abysmal array of shooting from the floor.

“When we’re bad, we’re bad. When we lose we sometimes lose by a large margin and tonight we just didn’t have it offensively,” said USC Head Coach Andy Enfield. “We can’t score 57 points against Colorado and expect to beat them.”

The Buffs currently sit in the second seed of the Pac-12 while the Trojans are one slot below as the third seed.

The Trojans youthful woes were on full display during the game. One of the Freshman to provide energy was forward Isaiah Mobley scoring 12 points off the bench. Mobley got his first points drawing contact on a layup, converting the three-point play.

“We’ve got to expect teams to really bring it to us. It’s almost halfway through the Pac-12 season, or at least until the Pac-12 tournament so we’ve got to rest our legs,” said Freshman forward Isaiah Mobley. “Fatigue starts to set in so we’ve got to dig deep and recharge, especially heading on the road this week.”

The Trojans were  on a roll coming into the contest winning 17 of 21 games for only the third time in the last 46 years. The energy and intensity has been present in nearly every game this season but faded early against Colorado.

Both teams started with high energy and pace. The Buffs fresh off a loss to UCLA locked in playing with high intensity throughout the game.

“You know I credit our players,” said Colorado Head Coach Tad Boyle. “I mean, they bounce back. I always say you know players are so much more resilient than coaches sometimes, and I think just young people in general rather than old people. They were dialed in.” 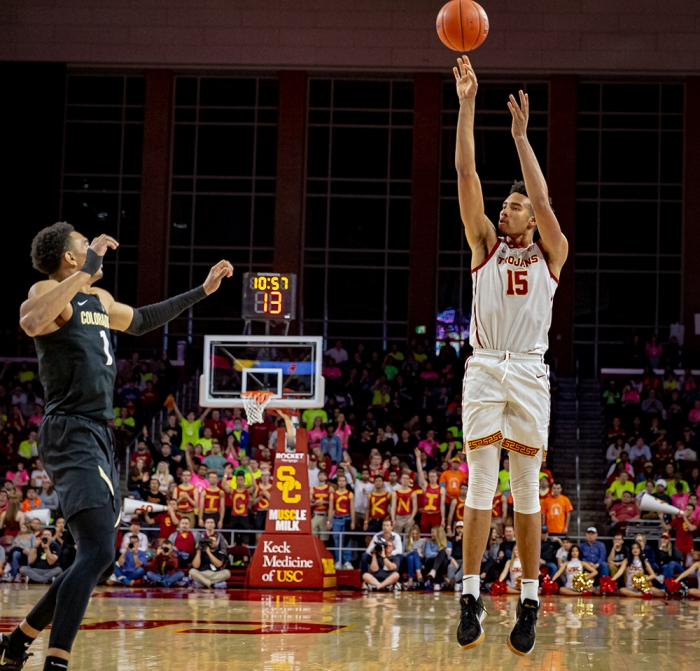 Colorado Junior guard Tyler Bey finished the game with 16 points and 7 rebounds. On the first play of the second half Bey carried the Buffs high energy over to the new half with an emphatic one-handed slam deflating the Trojan faithful.

More dominance was exemplified by the Buffs in the second half with Junior forward Dallas Walton draining a deep three-pointer giving the Buffs a 42-28 lead.

Made shots were simply the difference maker. Colorado finished the game shooting 51.9% from the floor to USC’s poor 37.9%. Colorado went on a 13-0 in the second half unanswered by USC.

“We have some youth on our team that we rely on and we have some upperclassmen that we count on to pick up the slack or vice versa,” said Enfield. “We’re 17-5, so we’ve got a very good start, 6-3 in the league. We’ve done a lot both offensively and defensively to put ourselves in a good position but obviously this second half of the Pac-12 season we have to make some improvements.”

The Trojans will look to get back on track in Tucson, Arizona Thursday against the #23 Wildcats.