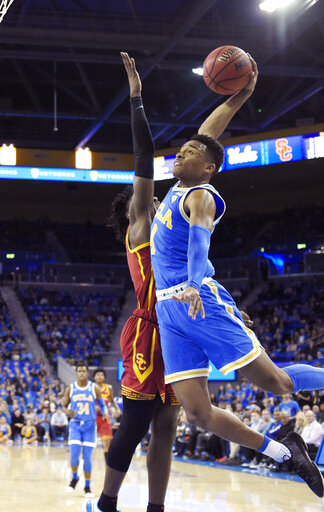 Southern California beat the Bruins 80-67 last time the two rivals faced off back in January. This time it was different, and UCLA made a statement in their final regular-season home game.

Hands recorded a double-double with 21 points and 10 assists, burying a 3-pointer just as the shot clock expired with 22 seconds left in overtime, and UCLA went on to pick up its third consecutive win, defeating Southern California 93-88 at Pauley Pavilion Thursday night.

“In a game like that it can swing either way, fortunately it swung our way,” Bruins interim coach Murry Bartow said.

“We had a lot of players step up. Five players in double-figures, so we were able to really spread the ball around.”

Moses Brown finished with 14 rebounds and 10 points, while Kris Wilkes and Jules Bernard added 16 points each.

Bennie Boatwright had a dominant game in a losing effort, recording 25 points, 15 rebounds and six assists in his final game against the Bruins.

Southern California jumped out to an early 16-6 lead, but it did not last long with UCLA surging from behind the 3-point line moments later.

Hands responded with back-to-back three-pointers, followed by Wilkes scoring four points in a row to cap a 10-0 run for the Bruins, retaking the lead at 18-16 with 11:21 remaining in the first half.

Neither team was able to gain a real edge over each other, but it was the Trojans who trailed at the half 41-38, even after forcing UCLA into six early turnovers.

UCLA held an eight-point advantage midway through the second half only before USC went on a 12-2 run, making four three-pointers during the span to take a 70-68 lead with 6:32 left in the half.

The game was tied three times in the final six minutes, where both teams picked up its defensive intensity when trailing by small margins.

In the closing seconds, Boatwright had a chance to seal a Trojans win, but miss fired on a three-point jumper, ending regulation with the score tied at 82-all. 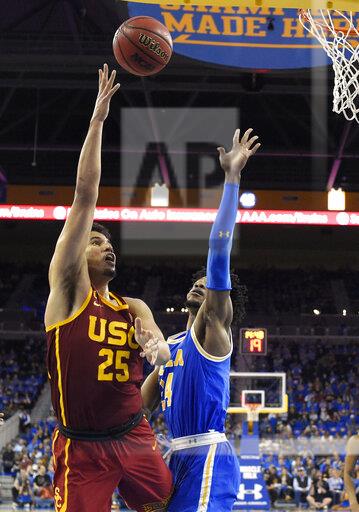 The Bruins went on to outscore the Trojans 11-6 in overtime and ultimately were able to take and make tough shots down the stretch.

Wilkes assisted Hands on the biggest one of the game, when he finger-tipped a pass to his teammate with 2 seconds left on the shot clock. Hands caught the ball and had no time to gather, desperately flinging a 30-foot three-pointer over the outstretched arms of Mathews.

“I just put my head down and said, ‘Come on, are you serious?’” Mathews said after Hands made his fifth three of the game. “I mean, good shot, but just wow.”

The shot gave UCLA a four-point lead and the Bruins closed out a huge 93-88 overtime win over Southern California.

UCLA moved into fourth place in league standings and travel to play Colorado on Thursday, March 7 at 6:00 p.m. USC is currently in sixth place and will play at Utah at 7:00 p.m.