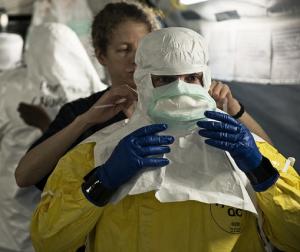 That’s the new mantra at the United Nations as the spread of the deadly Ebola virus in the eastern Democratic Republic of the Congo now appears almost unstoppable.

In an effort to bolster efforts to contain the growing outbreak that has killed more than 1,200 people in 10 months, United Nations officials on Thursday named David Gressly as the emergency Ebola response coordinator.

Gressly will oversee the coordination of international support for the Ebola response and work to ensure that an enabling environment — particularly security and political — is in place to allow the Ebola response to be even more effective,’ according to a statement from the World Health Organization.

The drive to rein in the deadly virus has been hampered by attacks on treatment centers by armed groups operating in Congo’s lawless east as well as by distrust among local residents, many of whom view the disease as a conspiracy.

In addition, the WHO announced it discovered holes in its ring vaccination program which thwarted efforts to track down and vaccinate all exposed people.

“Somehow we have to catch up with the outbreak and break the transmission chain very quickly,” Congolese Health Minister Oly Ilunga Kalenga said, adding that a new approach was already been used in a few remote villages.

Kalenga said he preferred to use just one vaccine – Merck, not Johnson & Johnson.

“It would perturb the population to be faced with several different types of vaccines and that would muddle the message, and, as you know in a complex outbreak response, the message needs to be simple and clear,” he said.

Merck’s licensing process is underway but it was unclear how long it would take.

Meanwhile, as the second-largest Ebola outbreak continues to spread, health officials say it’s likely to reach the populous city of Goma. Once there, the risk of it spreading beyond the Democratic Republic of Congo to Rwanda, South Sudan, or Uganda increases. … ‘I wouldn’t say (the spread to Goma) is inevitable, but it’s highly probable,’ said Ray Arthur, director of the Global Disease Detection Operations Center at the U.S. Centers for Disease Control and Prevention. 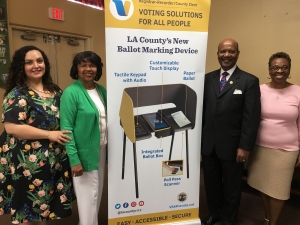 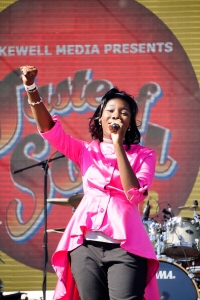