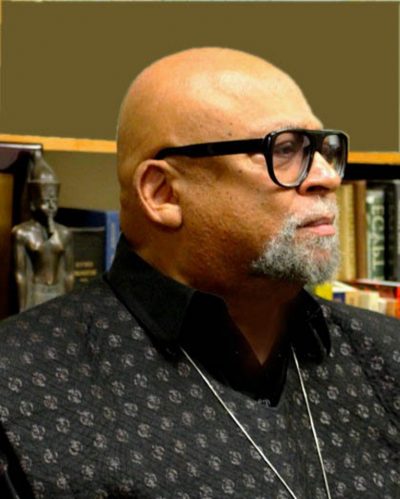 So, Saturday the White supremacist chickens came home to roost and rally in Charlottesville, Virginia, to claim the public space Trump had promised them as he let them out and loose on the country during his campaign. He had reinforced them with his attacks on peoples of color, Muslims, immigrants, women, the poor and those similarly vulnerable and reassured them once elected with continued racist appeals and alt (racist) right appointments. And they came claiming they were helping Trump keep his promise to “take back America” and “make it great again”, a dog whistle and racial code for making it more White dominant and deferential again—than it already is.

Trump had also put them on vicarious steroids with his crazed war talk and nuclear attempts to bully North Korea and the world with “hyper power” promises of fire and fury, denying the lessons of history and the advice of his more sane advisors about realities of the country, area and world. And so, they, like their president, came “locked and loaded”, calling it a turning point for them and their wild imported Nazi ideas. They chanted about “blood and soil”, arrogantly, ignorantly and racistly claiming the land just for themselves and their kind, a land with every inch deeply stained with the blood of the Native American genocide and the Holocaust of African enslavement. And they argued that they nor their confederate flag, statues and monuments would be replaced. After all, their man was in the White House and White dominance and deference would be the order of the day and life again.

They came locked and loaded with guns (AK 47s and AR 15s), torches, pipes, shields, bats, clubs and bottles filled with hardened concrete and urine, Nazi and confederate flags, helmets and a burning hatred of people and things different. They chanted hatred and Nazi slogans, made a Nazi-like march of torches and intimidation across the campus of the University of Virginia. And then, they turned to confronting and attacking the unarmed anti-racist demonstrators who came to bear witness to truth, and put forth another model of how humans can and must relate in mutually respectful ways to build the just and good society we all deserve.

They began their bloodletting with beatings, bottle throwing and ended with one of them driving a car into a crowd of the anti-racist demonstrators, killing one person and injuring at least 19 others. The anti-racist demonstrators wanted to offer a counter and to suggest rightful ways forward if this country is going to be anything but an experiment in how long a dominant class and race can live on self-medicating myths and self-congratulatory narratives about a more perfect union—hardly united and in no ways perfect.

There was some hope, one imagines, that the pretending president would step off the stage of his reality show, constrain his own racist views, rise above his racist past and speak to the moment, show empathy and concern for the loss of life and condemn racism, White supremacy and the KKK, neo-Nazis and similar groups who subscribe to these views and commit violence in their names. But he did not and perhaps cannot seriously do it. Indeed, Trump, who is so loud-mouthed and long-winded in making false claims about himself, came to the mic to babble something about his imagined achievements, make general condemnations of bigotry and hatred and blamed violence “on many sides, many sides”. But he could not show empathy, offer condolence or specifically condemn the actual racist hatred, intimidation and violence disguised as free speech and the right to assemble. He instead babbled a false moral equivalent, assigning blame for the violence, the beatings and killing to both the racists and anti-racists.

Blame it on his concern for his base or the baseness of his character and his intellectual and moral incapacity to feel shame, concede wrongness or even admit error, but Trump seems bound and determined to continue to give cover and camouflage to the White supremacists who have come from out of the shadows to bask in his vampirish moonlight. Indeed, in his mind, there was a false moral equivalent between the White supremacists and the anti-White supremacists, between the racists and anti-racists, and between the armed and aggressive and the unarmed and defensive, and between the victimizers and the victims wounded and the victim killed. But the moral and rational difference is clear in message, motive and means.

Yes, after being boxed in and buffeted by reality and resistance and forced to speak not only by the millions who see him as he really is, but also by his party and partners in crime in Congress and Wall Street, he issued a statement Monday partially disassociating from the KKK, neo-Nazis and White supremacists in general. But he could not bring himself to clearly reject their support nor to call them homeland terrorists, American terrorists or domestic terrorists. Nor could he specifically condemn the ruthless and deadly violent car-ramming of a crowd and injuring several and killing one of the counter-demonstrators as an act of terrorism.

And just when others, who won’t face his addiction to narcissistic illusions of self and rank disregard for others, believed he at least had made some concession to morality, reason and human concern, he returned to the mic on Tuesday to “blame both sides”. He unmasked himself and dared to defend the White supremacist protest against removing symbols of the enslavement of Africans and treason to the country, saying it would be changing history and culture, as if the history and culture of genocide and enslavement should be honored, monumentalized and preserved to appease the racist mind and memory.

If we are to righteously and relentlessly resist this radical evil, it is important to remember several things. First, let’s not pretend shock or be shocked; it was during Trump’s campaign that they first circled their covered wagons against the rest of America and the world and were fed the raw meat mixture of racism, Islamophobia, anti-immigrationism, sexism and White supremacy in various forms. And the media and millions explained them away and supported them actively as well as silently and inactively.

Second, it is important to note that Trump and company represent the monster side of America and are thus not simply isolated rogue citizens. They represent many of millions who voted for Trump. And they also represent the silent millions who are complicit by their silence, even though they claim to be liberal, respectful of diversity, committed to justice for all and anti-racist. But it is a fundamental lesson of history, that silence suggests consent; and taking no side in a struggle for justice and good in the world is support for injustice and evil.

Finally, while we rightly focus on Charlottesville, Trump and company are building a neo-fascist state—urging police to be more brutal and the armed forces more lethal; working to further undermine voting rights, environmental protection and climate control, criminal justice reform, consent decrees overseeing police departments as in Ferguson, affirmative action, FCC regulations on corporate practices, workers’ rights and unionization, steps toward equitable tax policies, health insurance and housing initiatives; and threatening world peace. Thus, we all must fight on every front, for as Paul Robeson stated in an earlier period of the rise of fascism, “the battlefront is everywhere; there is no sheltered rear”. Indeed, as Harriet Tubman taught us, our role is not to seek individual escape and a comfortable place in oppression. It is to turn around, confront our oppressors and struggle to achieve a freedom and flourishing for all.

After Charlottesville, push for real reform

Why Standards are Important under the Every Student Succeeds Act

Garvey in the Whirlwind: The Lesson and Legacy of Struggle

Success On “The Way”… Ask Dr. Jeanette: The Pot Calling the Kettle Bl...