President Donald Trump’s decision to meet with North Korea’s leader Kim Jong-un opens new possibilities.
Trump’s critics suggest Trump has given Kim a major concession – the recognition that would come from a first meeting with a U.S. president – in exchange for nothing.  But talking is far preferable to issuing threats and insults; exchanging proposals for peace far better than exchanging bombs in war.
This diplomatic initiative began when South Korea invited the North to take part in the winter Olympics. This week, Kim and the South Korean president will meet in an inter-Korean summit.  They already announced the installation of the first-ever hotline between the two leaders. There are even beginning discussions, pushed by South Korean President Moon Jae-in, toward a treaty to finally bring the Korean War (which ended in an armistice agreement in 1953) to a formal close.
Kim has also made unilateral gestures – what diplomats call “trust-building measures”— toward the U.S. He’s announced that North Korea would no longer insist on the withdrawal of U.S. forces from the Korean Peninsula as part of any settlement. (The U.S. considers the troop presence not negotiable). He’s announced the end to all nuclear and missile testing, and pledged to close the country’s nuclear test site “to guarantee transparency in suspending nuclear tests.”
He pledged that North Korea would never “use nuclear weapons nor transfer nuclear weapons or nuclear technology under any circumstances unless there are nuclear threat and nuclear provocation against the DPRK.”
In a tweet, Trump hailed this as “very good news for North Korea and the World – big progress!”
Some suggest that this opening is simply a ruse. The harsh economic sanctions enforced on North Korea by the United Nations are starting to hurt. China has cooperated, reducing its trade with North Korea dramatically (about 90 percent of North Korean trade goes through China). Kim, they argue, is maneuvering in order to reduce the pressure, hoping to get food and other aid.
Economic sanctions may be a factor pushing Kim to negotiate. But we should understand that harsh economic sanctions have limits. Neither China nor the international community will enforce starvation on the North Korean people simply because of the folly of their dictator. Trump is right to seize on the possibility of negotiation.
If the Trump-Kim summit does take place, the discussions will be immensely difficult. Kim considers himself the head of a nuclear power, with a tested arsenal, sitting down to negotiate as a peer with the United States. North Korea could end testing because, he stated, they have successfully achieved their goals.
Trump, on the other hand, acts as if Kim has already agreed to surrender and unilaterally give up his nuclear arsenal in exchange for lifting sanctions and better relations with the U.S.
The problem here is trust. American hawks see the Korean nuclear arsenal as an existential threat that must be eliminated. Deterrence is not sufficient. Korean officials will have good reason to doubt U.S. promises. Iran has adhered to the nuclear weapons deal it made with the U.S. and its allies, but now
Trump says he plans to tear it up.
The danger of a failed summit is that Trump’s “war cabinet” – the hawks like national security adviser John Bolton – would use a failure to goad Trump into confrontation, even war against North Korea. Lowering expectations publicly, while remaining open to new possibilities privately, is the best course, but one Trump seems simply unable to follow.
Surely it is time to give peace a chance. The summit this week between Kim and South Korean President Moon will set the stage. A later meeting between Trump and Kim could help lower tensions, even if it doesn’t produce a dramatic resolution.
War on the Korean peninsula would be catastrophic. Finding a way out peacefully is surely worth both time and effort.
ADVERTISEMENT
ADVERTISEMENT
Categories: Op-Ed | Opinion | Rev. Jesse Jackson
Tags: Donald Trump | DPRK | Jesse Jackson | John Bolton | Kim Jong Un | Korean Peninsula | Moon Jae-in | North Korea | Nuclear Powers | nuclear weapons | South Korea | USA 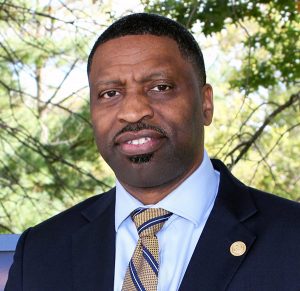 Face the Truth About Lynchings to Move Our Country Forward 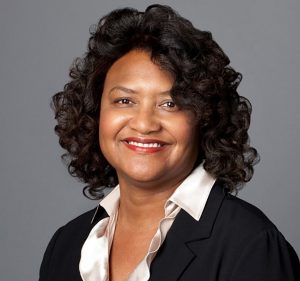