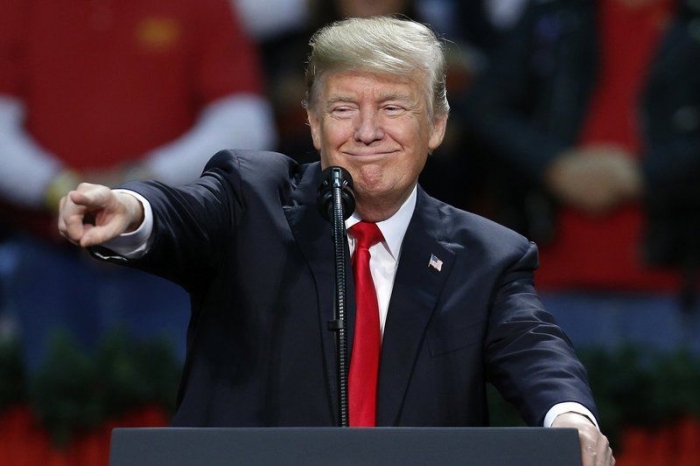 In a presidency, filled to the brim with controversy, House Democrats announced two articles of impeachment against President Donald Trump on Tuesday, declaring he “betrayed the nation” with his actions toward Ukraine as they pushed toward historic proceedings that are certain to help define his presidency and shape the 2020 election. The specific charges aimed at removing the 45th president of the U.S.: Abuse of power and obstruction of Congress. In the formal articles announced Tuesday, the Democrats said Trump enlisted a foreign power in “corrupting” the U.S. election process and endangered national security by asking Ukraine to investigate his political rivals, including Democrat Joe Biden, while withholding U.S. military aid as leverage. That benefited Russia over the U.S., as America’s ally fought Russian aggression, the Democrats said. The charges, if approved, would then be sent to the Senate, where the Republican majority would be unlikely move to convict Trump, but not without a potentially bitter trial just as voters in Iowa and other early presidential primary states begin making their choices. 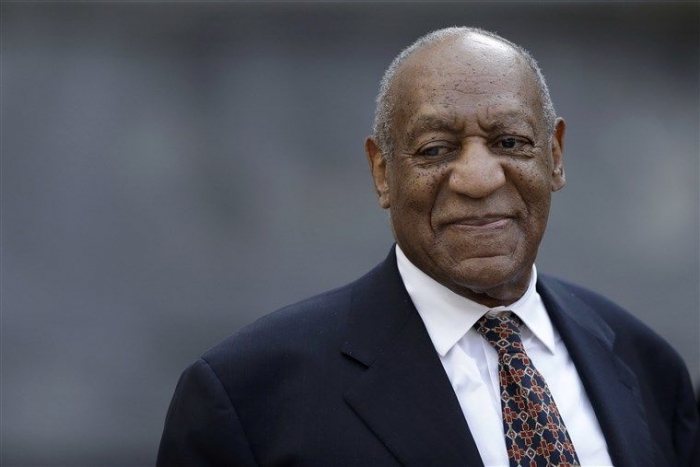 The 82-year-old educator and award-winning TV producer/director/comedian was sentenced to serve 3-to-10-years in Pennsylvania’s prison system following his September 2018 conviction on charges of aggravated indecent assault. While inmates who spoke to NNPA Newswire said they were saddened to see an icon like Cosby imprisoned, each said they believe he’s serving a higher purpose. A weekly highlight for Cosby since his incarceration, has been the reform program, Mann Up, where he is often the featured speaker. The program serves to encourage and empower African American men to strive for self-respect and dignity, and to put their family first. Unless he receives relief from the state’s appellate courts, Cosby said he fully anticipates serving his entire sentence, saying he’s not guilty and will never admit to something he didn’t do. 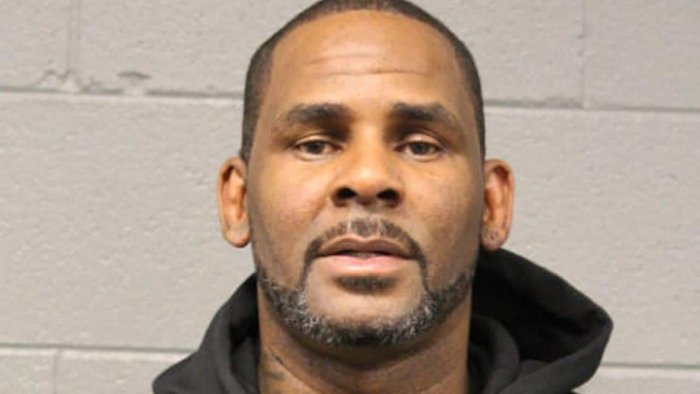 In September, a judge has set an April 27 trial date in R. Kelly’s federal case in Chicago that accuses the R&B star of child pornography and obstruction of justice. He’s accused of having sex with minors and trying to cover up the crimes. Kelly’s attorney, Steve Greenberg told the hearing that having to prepare for four trials is challenging and he wasn’t sure the singer’s legal team could ready by April. Prosecutor Angel Krull estimated a trial would last three weeks. “Surviving R. Kelly ” was a six-part series that premiered last January. An estimated 12.8 million people watched the series, nominated for an Emmy, that revisited old allegations and brought new ones into the spotlight. Kelly maintains his innocence. 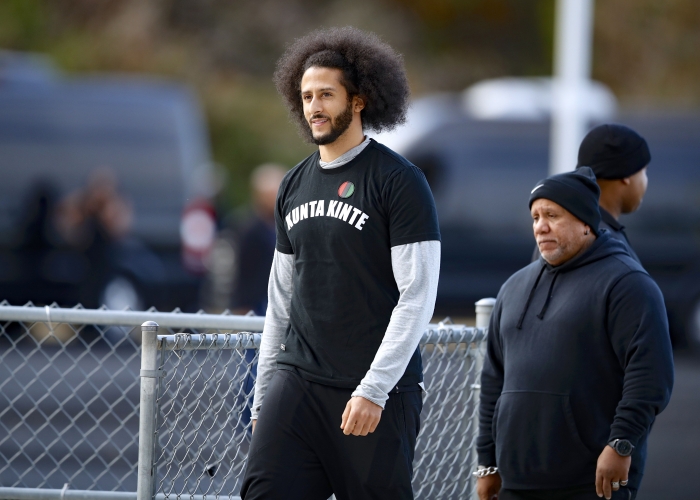 In March, former NFL quarterback and activist Colin Kaepernick along with safety Eric Reid were given a settlement of around $10 million from the NFL for their grievance against the league in regard to their anthem protests. While Reid earned a roster spot on the Carolina Panthers, Kaepernick was unable to secure a job with the NFL. In November, the NFL organized a private work out for the signal caller at the Atlanta Falcons facility. A lack of signed agreements caused Kaepernick to host his workout at Charles Drew High School in Riverdale, Georgia. The venue change ignited the disinterest of several representatives and scouts. 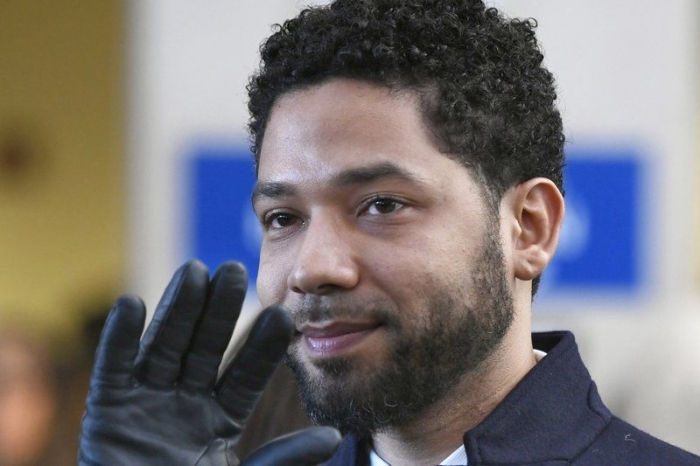 In February, former “Empire” star Jussie Smollet told police he had been beaten by two men wearing MAGA hats. In the subsequent days, Chicago Police grew skeptical and concluded that Smollet must have himself orchestrated the attack. Police said Smollett hired two men, both of whom are Black, to attack him. Smollett allegedly paid the men $3,500.  Smollet went to trial in March but the prosecution dismissed the charges. The dismissal drew an immediate backlash. Then Mayor of Chicago, Rahm Emanuel called the deal “a whitewash of justice” and lashed out at Smollett for dragging the city’s reputation “through the mud” in a quest to advance his career. Jussie Smollet has since been written off of “Empire” and will not appear in its sixth and final season. 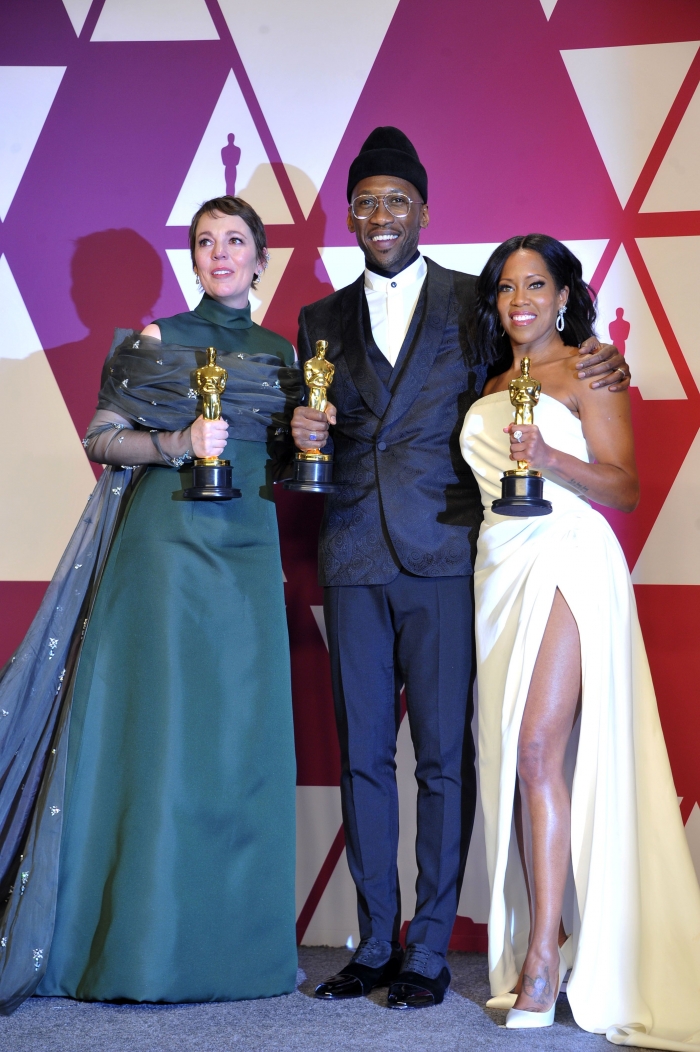 Black filmmakers won big at the 2019 Oscars. Regina King started the night off with a win for Best Supporting Actress for her role in Barry Jenkins’ “If Beale Street Could Talk.” “Black Panther” took home Oscars for Best Costume Design (Ruth E. Carter) and Best Production Design (Hannah Beachler). Both women making history. Carter is the first Black woman to win the coveted category. Beachler is the first African American and only Black woman to be nominated and to win for set design.  Mahershala Ali became a two-time Best Supporting Actor Academy Award-winner with his win for “Green Book.” Peter Ramsey won for co-directing the Best Animated Feature “Spider-Man: Into the Spider-Verse,” making history as the first African American to win the award. Spike Lee won an Oscar for Best Adapted Screenplay for “BlacKkKlansman” after having been overlooked in the more competitive categories. Over the course of this year, and previous years, Black girls and women have gone missing in record breaking numbers. According to multiple reports, when Black girls go missing, it’s often unclear whether they have run away from home, were inflicted violence, abducted, sent into the sex industry, among others. Essentially, according to BlackNews.com, their safety and assurance to be brought back home was commonly ignored and not an utmost concern. The alarming number of missingBlack females counts for a large chunk of disappearances nationwide. Yet, as the crisis continues, media attention remains largely diverted.

In December, Zozibini Tunzi was crowned Miss Universe and joins three other Black women who won pageants this year: Cheslie Kryst won Miss USA, Nia Franklin won Miss America and Kaliegh Garris won Miss Teen USA. Their wins are powerful statements and a shift in the idea of what encompasses beauty. These wins all give young Black girls the powerful truth that Black is truly beautiful and not a cliché. Another message ringing loud and clear is natural hair among Black women can and is embraced as some of the pageant queens won wearing their natural curls and hair patterns. 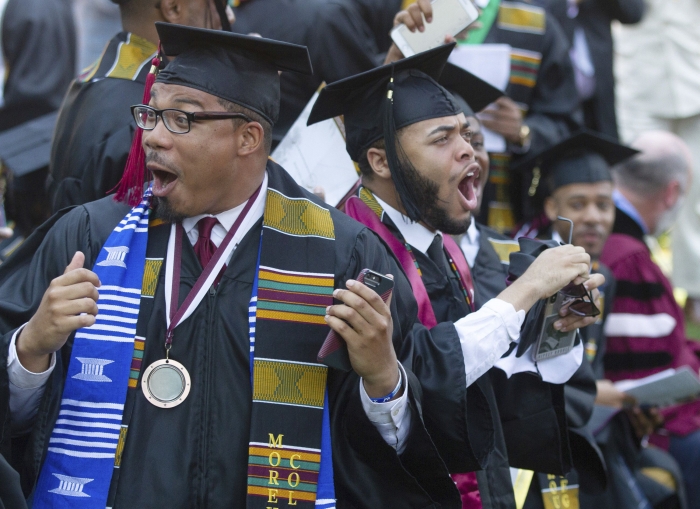 During the 2019 commencement ceremony at Morehouse College, tech billionaire and commencement speaker Robert Smith pays off the student loan debt of the entire graduating class. The 2019 class consists of 400 graduating seniors, the news shocked and bewildered the graduated upon hearing it. Smith’s request for the graduates and alumni was to pay it forward. Video of his gift announcement circulated the media, many public figures giving kudos to Smith. Officials in Texas and even Maine are scrambling to absorb the sharp increase in African migrants. People fleeing economic hardship and human rights abuses in African countries are coming to the U.S.-Mexico border in unprecedented numbers, surprising Border Patrol agents more accustomed to Spanish-speaking migrants. Border Patrol’s Del Rio sector stopped more than 500 African migrants found walking in separate groups along the arid land after splashing across the Rio Grande, children in tow. That is more than double the total of 211 African migrants who were detained by the Border Patrol along the entire 2,000-mile (3,200-kilometer) U.S.-Mexico border in the 2018 fiscal year. The immigrants in Texas were mostly from the Republic of the Congo, the Democratic Republic of the Congo and Angola. Cameroonians have also been traveling up through Mexico and into the U.S. in larger numbers and seeking asylum at ports of entry. 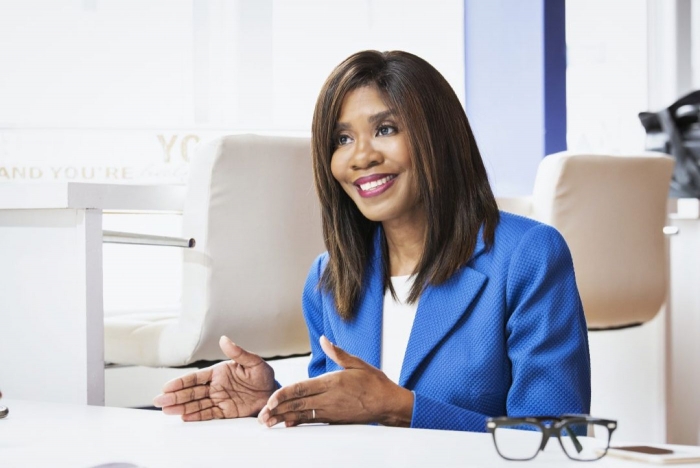 In June, Dr. Patrice A. Harris, a psychiatrist from Atlanta, was sworn-in as the 174th president of the American Medical Association (AMA). She is the first African American woman to hold the position. During her inauguration ceremony in Chicago, Dr. Harris said she plans to implement effective strategies to improve healthcare education and training, combat the crisis surrounding chronic diseases, and eliminate barriers to quality patient care. She also promised to lead conversations on mental health and diversity in the medical field. This year, the Black News Channel (BNC) and the National Newspaper Publishers Association announced the official launch date and time for the nation’s first 24-hour, 7-days a week all-news TV channel that will focus on African American news. With a partnership with the National Newspaper Publishers Association’s Black-owned newspapers and media companies, the BNC expects to fast become the top destination for all who want to consume African American news in print, on television and mobile devices. An independent network that’s minority-owned and operated, BNC will be the nation’s only provider of 24/7 cable news programming dedicated to covering the unique perspective of African American communities.The channel is the endeavor of the network’s visionaries and co-founders, chairman J.C. Watts, Jr. and CEO Bob Brillante. The new channel promises to inform, educate, and empower nearly 50 million African Americans now living in the United States.