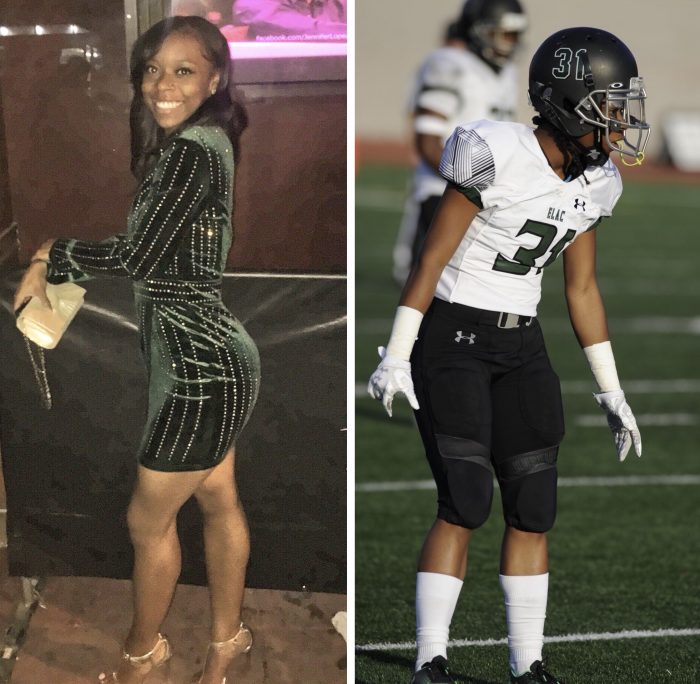 ELAC safety Toni Harris wants to be the first women to play in the NFL (Courtesy of East L.A. College)

East Los Angeles College (ELAC) free safety Antoinette “Toni” Harris made history in February by becoming the first female to sign a letter of intent for a football program. The Detroit native will be taking her talents to Central Methodist University in Fayette Missouri on a full football scholarship.

Harris was featured in a Toyota commercial that was shown during Super Bowl LIII. Filming for the commercial lasted for up to four days, starting as early as 5:00A.M. and going until 7:00P.M., according to Harris.

“My favorite part filming the commercial was when I went to catch that interception and tackle,” Harris said. “I was happy to do all of my own stunts so that was pretty cool.”

The commercial showed Harris running track, lifting weights in a gym and playing football as a voiceover explained how naysayers doubted her athletic ability and influence.

“But I’ve never been a big fan of assumptions,” Harris said while she cruised on a scenic road in a Toyota RAV4 Hybrid near the end of the ad.

Seeing the commercial for the first time brought tears to Harris’ eyes.

“It was done beautifully, I couldn’t believe it,” Harris said. “They really brought my story to light and I was so overwhelmed with joy.”

Playing at the free safety allows her to pursue her passion for playing on defense while helping the team be competitive.

“Being at free safety helps me, I’m already in the backfield, all I have to do is run to the play or do open-field tackling,” she said. “It’s a lot better, it’s a lot easier so that I’m not getting beat out of the gate.”

Attending ELAC improved Harris as an athlete and a student, she especially liked how her coaches did not give her special treatment.

“I think it helped put more mental strength and fight in me because they treated me fairly,” Harris said. “I feel like that’s what I needed.”

Playing football also motivated her to be a diligent student.  Harris wants to become the first woman to compete in the NFL, she also aspires to be a homicide detective.

Her interest in football began when she was five years old. Although she was also running track and doing cheerleading, Harris enjoyed football because it was unique from the other sports she was involved in.

“I was tired of doing all the girly sports, I wanted to do something new,” Harris said. “When I started, I just fell in love with it.”