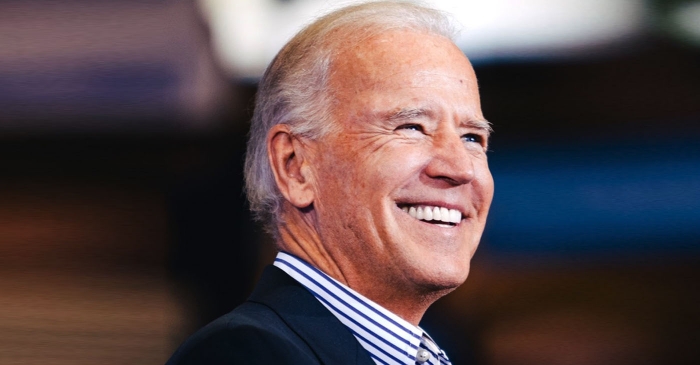 Biden also surprised everyone by winning Texas, a victory that the electorate kept a secret from pollsters, allowing the election’s results to declare their intentions.

The campaign of former Vice President Joe Biden gained even more steam on what was billed as mini-Super Tuesday on March 10. He crushed his opponent, Senator Bernie Sanders, by winning the primaries in four of six states – Idaho, Mississippi, Missouri and Michigan.

As of press time, Sanders was projected to win in North Dakota. Votes in the state of Washington were still being counted. Yet, Biden greatly widened his delegate lead over Sanders, tallying 842 delegates for the former VP compared to 681 for the Vermont senator. The winner must secure 1,991 delegates to win the Democratic prudential nomination.

The win was a big boost for Biden, who had already grabbed wins in 10 of the 14 states that voted on Super Tuesday on March 3. However, Sanders can possibly even the oddson March 17, when voters in Arizona, Florida, Illinois and Ohio go to the polls. Those states have a total of 577 delegates with Florida tallying the most at 219.

Black voters are credited with breathing new life into Biden’s campaign. His candidacy appeared stalled before African Americans in the South came out in big numbers to help him dominate on Super Tuesday. In South Carolina, Biden’s victory was furthered emboldened by the endorsement of U.S. Rep. Jim Clyburn, the highest-ranking Black in the House of Representatives.

Seeming to predict Biden’s win on March 10, Clyburn said that the Democratic National Committee (DNC) should step in to end the primary process if Biden swept the six states holding primaries and caucuses on March 10.

“I think when the night is over, Joe Biden will be the prohibitive favorite to win the Democratic nomination, and, quite frankly, if the night ends the way it has begun, I think it is time for us to shut this primary down, and it is time for us to cancel the rest of these debates — because you don’t do anything but get yourself in trouble if you continue in this contest when it’s obvious that the numbers will not shake out for you,” Clyburn said.

Biden’s positive relationship with Black America likely stems from the favorable impression he garnered as former President Barack Obama’s second-in-command for eight years. Throughout his tenure during the two terms, many Blacks feel that he provided unwavering support to the first Black president in the midst of constant political attacks and changing economic conditions.

In an exclusive interview with the National Newspaper Publishers Association, Biden predicted that the Black vote would likely determine the next Democratic nominee for president.

“It’s going to be the determining factor in who the nominee is going to be, and I hope that means who the next president is going to be,” Biden proclaimed. “The Black Press is the way I did my politics. You go where people are,” he continued.

“You walk into a Black barbershop or beauty salon, and your newspaper was there. It’s who we are. The neighborhood we come from.

Before South Carolina, it appeared that Sanders was poised to place a stranglehold on the nomination and that Biden’s campaign had run out of steam. However, over two days in the Palmetto State, Biden’s fortunes began to turn. His success appeared to influence Senator Elizabeth Warren to end her presidential bid, especially after she failed to win her home state of Massachusetts in the Super Tuesday primary.

Likewise, candidate Michael Bloomberg, whose late start and lack of Super Tuesday voter supportleft no clear path to the nomination, also left the race. However, unlike Warren, who has yet to indicate who she will endorse, Bloomberg threw his support behind Biden and recommitted to his pledge to “do whatever it takes to defeat Trump.” Biden also received the endorsement of former presidential candidate Andrew Yang.

For his part, Sanders maintains that he will ultimately prevail because voters understand that he’s best positioned to defeat Trump.

Still, most observers agree that African Americans are responsible for Biden’s blazing comeback and will likely continue to support his election. According to exit polls, more than 80% of Black voters in the Mississippi voted for Biden and he chalked up dominating numbers among Blacks in Virginia, North Carolina, Alabama and Tennessee.

Voters will have another opportunity to decide between Biden and Sanders on Sunday, March 15. That’s when the two are scheduled to debate in Arizona. The event will be broadcast live at 5 p.m., local time, on CNN and other television stations.