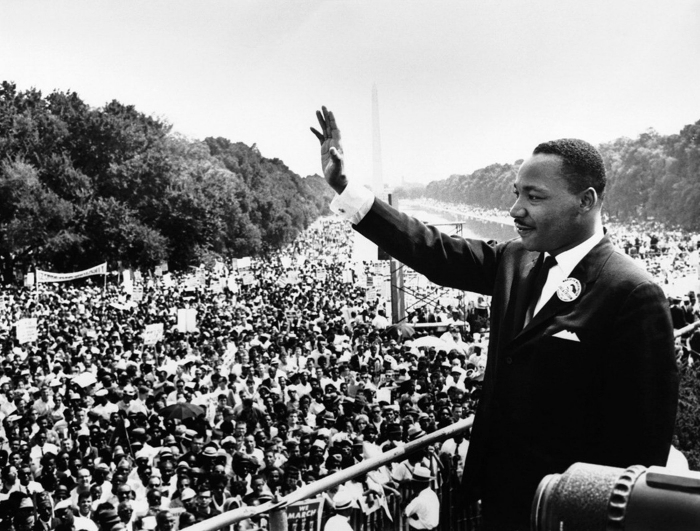 “We may debate over the origin of evil, but only the person victimized with a superficial optimism will debate over its reality. Evil is with us as a stark, grim, and colossal reality.”

This is a quote from a sermon Martin Luther King, Jr. delivered at the service of prayer and thanksgiving at the Cathedral of St. John the Divine entitled “The Death of Evil upon the Seashore,” in 1956.

Yes, it is very clear and evident—evil is with us. The news is ever the revealing portal of reality that evil continues its age-old campaign against humanity.

Men of color continue to be gunned down, whether by law enforcement or by their own peers, the result is death. People of color are still fighting to be heard at the polls as the powers that be have tried to take away that right. It’s 2020, but it could easily be mistaken for another era. The Democratic-controlled House approved a bill recently that would restore key sections of the Voting Rights Act that once required officials in all or parts of 15 mostly Southern states to receive federal approval before making changes to the voting process.

According to research by the Centers for Disease Control and Prevention in 2017, the homicide rate for Black Americans in all 50 states is, on average, eight times higher than that of Whites. Popular media doesn’t cover it, but there is always a new name added to a long list of hashtags, people of color, who have died from bullets.

The news grows even more grim with suicide rates among Black youth increasing with approximately 2,200 teens between the ages of 15 and 19 having died by suicide in 2017 according to researchers in at NYU. This information was gathered by the Centers for Disease Control and Prevention from 198,540 high school students from 1991 to 2017.

Black girls and women continue to go missing with popular media refusing to address the staggering statistics. According to data provided by the FBI, more than 600,000 people went missing in America last year. At least 180,000 of the missing were Black, despite African Americans making up just 13 percent of the total U.S. population.

The news looks bleak, troubling and disconcerting, but it looked that way during King’s lifetime too. In 2020, many are ready for a better direction for this country when it comes voices being heard and respected. In his sermon, King had this to say, which is appropriately tuned for right now.

“Let us not despair. Let us not lose faith in man and certainly not in God. We must believe that a prejudiced mind can be changed, and that man, by the grace of God, can be lifted from the valley of hate to the high mountain of love.”

L.A. Sentinel cartoonist, educator and publisher, David G. Brown shared this quote by King that comes to his mind, “In the end, we will remember not the words of our enemies, but the silence of our friends.”

“Reflecting on the life work of Reverend Dr. Martin Luther King Jr., I’m reminded that it’s a marathon not a sprint. In 2020, the struggle for Black liberation continues,” said on-air contributer, columnist and political commentator, Jasmyne A. Cannick.

“As a core manufacturer of the civil rights movement, MLK Jr. drafted the same blueprint we use to activate social justice declarations today,” said L.A. Sentinel project coordinator, Lauren Brazile. “In 2020, it is easy to take our social liberties for granted, but much of the success of our recent protests for rights based on gender, citizenship, equal pay, quality of education and sexual preference, is owed to the diligence of community leaders like Martin Luther King Jr.”

This MLK Holiday 2020, communities around the nation will come together to acknowledge King’s legacy. King understood the only way to get to the promise land is together. King finished his sermon with words that should encourage to stay the path and keep holding up the light.

“God has a great plan for this world.

“His purpose is to achieve a world where all men will live together as brothers, and where every man recognizes the dignity and worth of all human personality. He is seeking at every moment of His existence to lift men from the bondage of some evil Egypt, carrying them through the wilderness of discipline, and finally to the promised land of personal and social integration. May it not be that this is entirely within the realm of possibility?