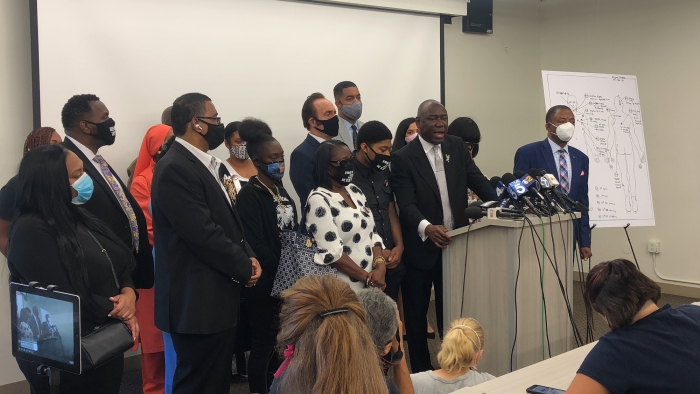 A team of lawyers known as the Dream Team held a press conference for Dijon Kizee, who was murdered by police officers during a bike stop. The Dream Team was there standing for justice on behalf of the family of Kizee, another Black man who lost his life due to excessive brutal force of police officers, who took an oath to protect and serve. The shooting occurred on August 31, 2020. Attorney Dale Galipo stated that officers involved claimed that Kizee had a gun in his hand and posed a threat to officers. It was later confirmed there was nothing in Kizee’s hand before he was shot and killed. Witnesses confirmed that officers made no effort to deescalate the situation and no warnings given.

Carl Douglas, of the Dream Team, claims officers fired not because they perceived a threat, but because they thought that’s what they had to do to maintain integrity back in the office. “Officers are riding down 109th street now taunting the residents,” Douglas stated that officers exemplified a lack of humanity and poor training. He also said if Kizee were not African American, they would not have fired 15 shots in his body. “There is a gang problem, but the gang wears khaki and green and patrols our neighborhood. The Dream Team is hoping that District Attorney Jackie Lacey brings officers to justice. “You’ve had 600 chances, Jackie Lacey, in the last eight years, to do the right thing,” says Douglas. According to Douglas, the sheriffs are honoring the killing of Black men and high-fiving one another. 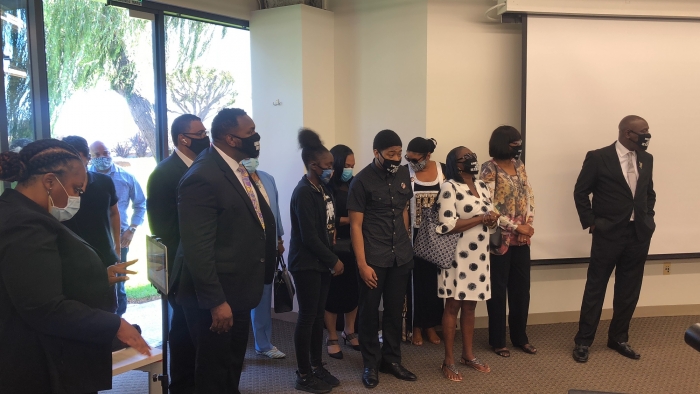 Pathologist John Hisersdt performed an independent autopsy on the body of Kizee at the request of the family. Douglas stated Hiserdt’s findings show that Kizee died right away. A diagram that was passed out during the press conference showed Kizee was on the ground when the bullets were inflicted. According to the autopsy, Kizee was shot 15 times while on the ground when the wounds were inflicted. “He didn’t die instantly, he was on the ground in pain when the officers opened upon him,” says Douglas. He continued, “You can tell there were three or four shots then, a passing.”

According to the Dream Team, sheriffs were not assigned to handle vehicle code violations in that portion of the county where Kizee was shot. Attorney Ben Crump said Kizee posed no threat to the officers, and he was trying to get away. He was confused about why the officer’s body camera was off, and this is how they get away with murdering Black people. “If you just watch the videos, you will see that these Black men are trying to get away from the police. While America is dealing with the COVID-19 pandemic, we in Black America are dealing with the 1619 pandemic, which represents the year when the first enslaved African were bought to America.” Crump says for 400 years; Black people have been dealing with systemic racism and oppression, inside and outside the courtroom.

Kizee’s aunt, Fletcher Fair, who is also the administrator, spoke to the press. She called out people who she feels do not care about the shooting of her nephew, Kizee. Fair angrily states, “The Sheriff needs to be in prison, not on the streets with a job. They don’t deserve to have a badge on them. I’ve been on the streets too many years, so I know these Black boys.” 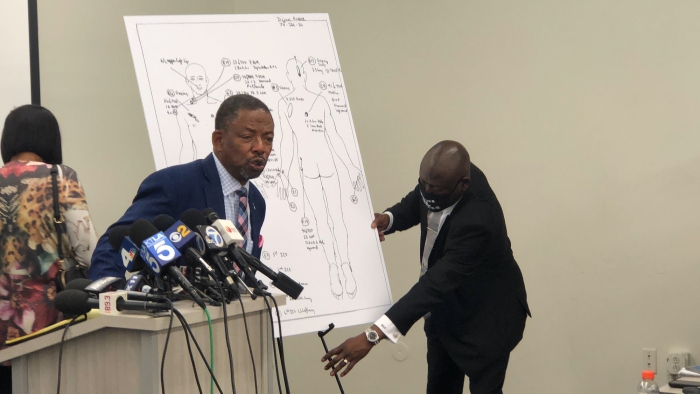 Galipo, reiterates that you can’t shoot because you feel they are a potential threat, or because of the color of their skin, it has to be an immediate threat of death. He also encourages the judges, legislators to step up and make changes within the hiring. They mention the people who are hired are already racists.

Douglas asks for any witnesses to this horrific shooting to reach out to investigator Ken Sheppard. “He would love to hear from any witnesses who can come forward for justice.” 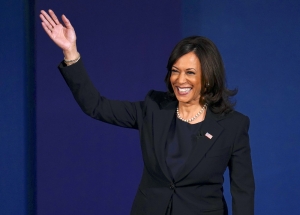