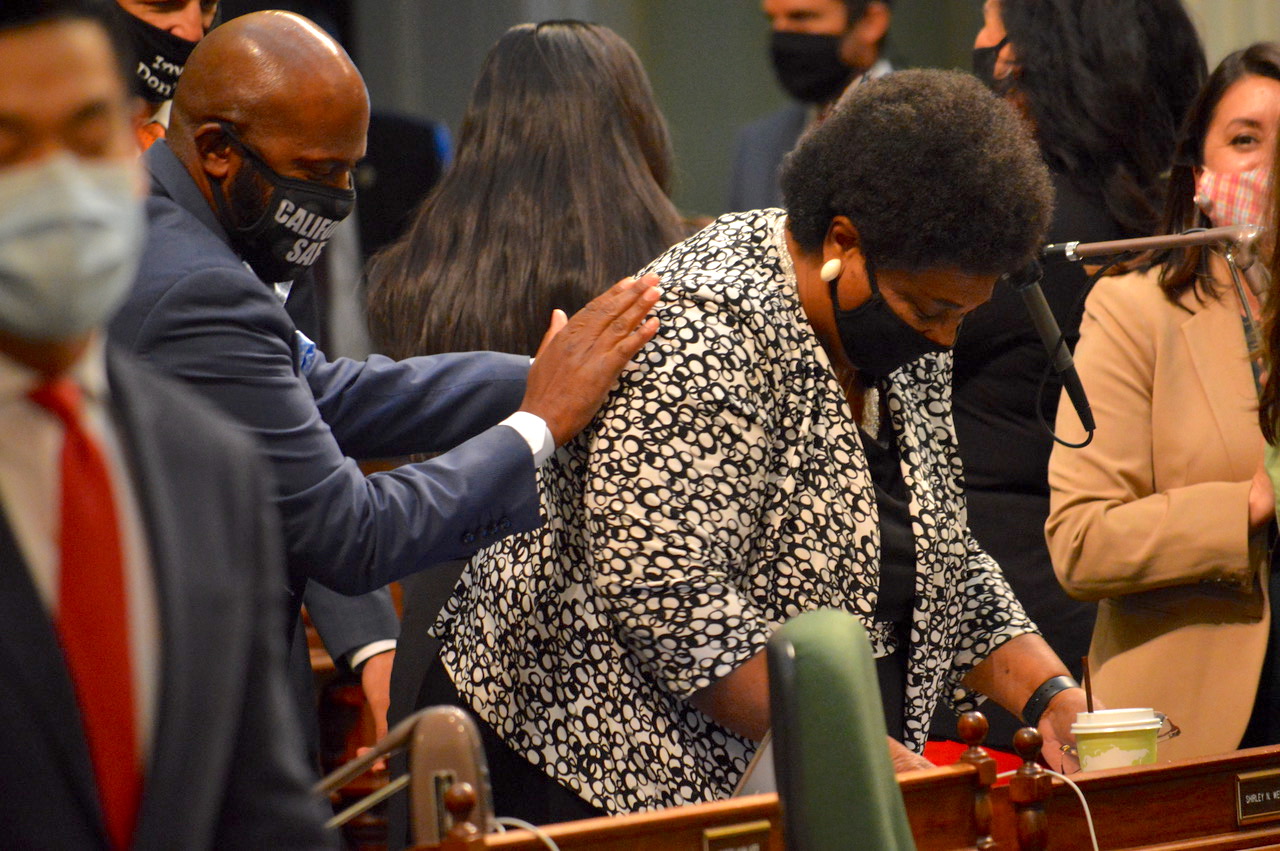 Assemblymemebr Mike Gipson (D-Los Angeles) pats Assemeblymember Shirley Weber ( D-San Diego) on the back after the ACA 5 vote on the floor of the California State Assembly. (June, 10 2020) (Photo by Antonio Harvey)

Today the California State Assembly voted to pass ACA 5. The bill authored by Assemblymember Dr. Shirley Weber (D-San Diego), chair of the California Legislative Black Caucus, sponsored the bill. This could allow Californians to vote on Affirmative action in the November 2020 general election.

The ballot measure that could overturn Proposition 209 now moves to the state Senate for consideration.

“Today California took an important step toward real change by passing ACA 5. A new generation of Californians is rising,” said Chris Lodgson of American Descendants of Slaves (ADOS) Sacramento.” One that values the lives and rights of Black American descendants of Slavery.”

Let’s use this momentum to get the job done in November,” Lodgson went on. “And let’s make sure Black Americans in California benefit significantly.”

California voters approved Prop 209 in 1996, a ballot measure that outlawed the consideration of race in contracting, college admissions, employment and state data reporting in California. 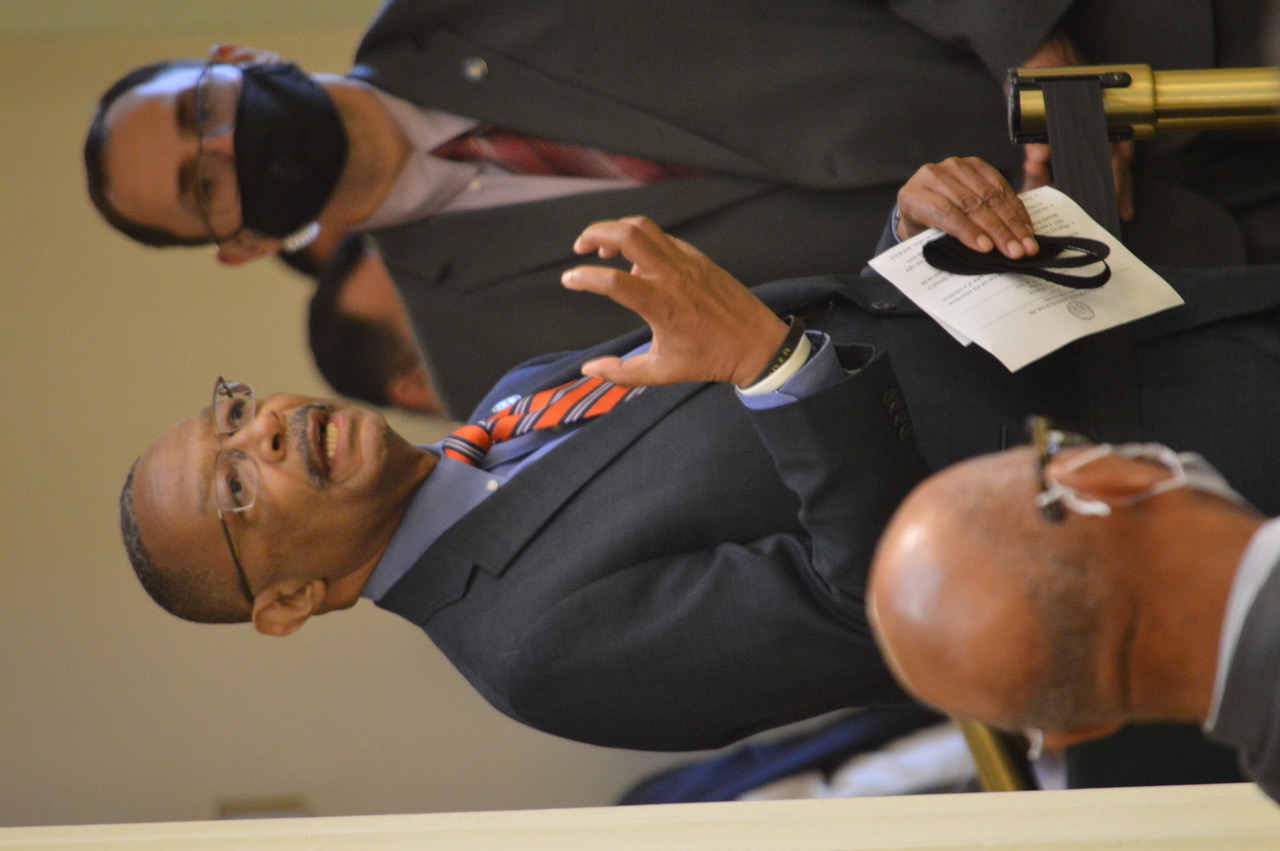 Assemblymember Reggie Jones Sawyer( D-Los Angeles) speaks on the floor of the Assembly on ACA 5 on the measure to repeal Prop 209. (June,10 2020) (Photo by Antonio Harvey) 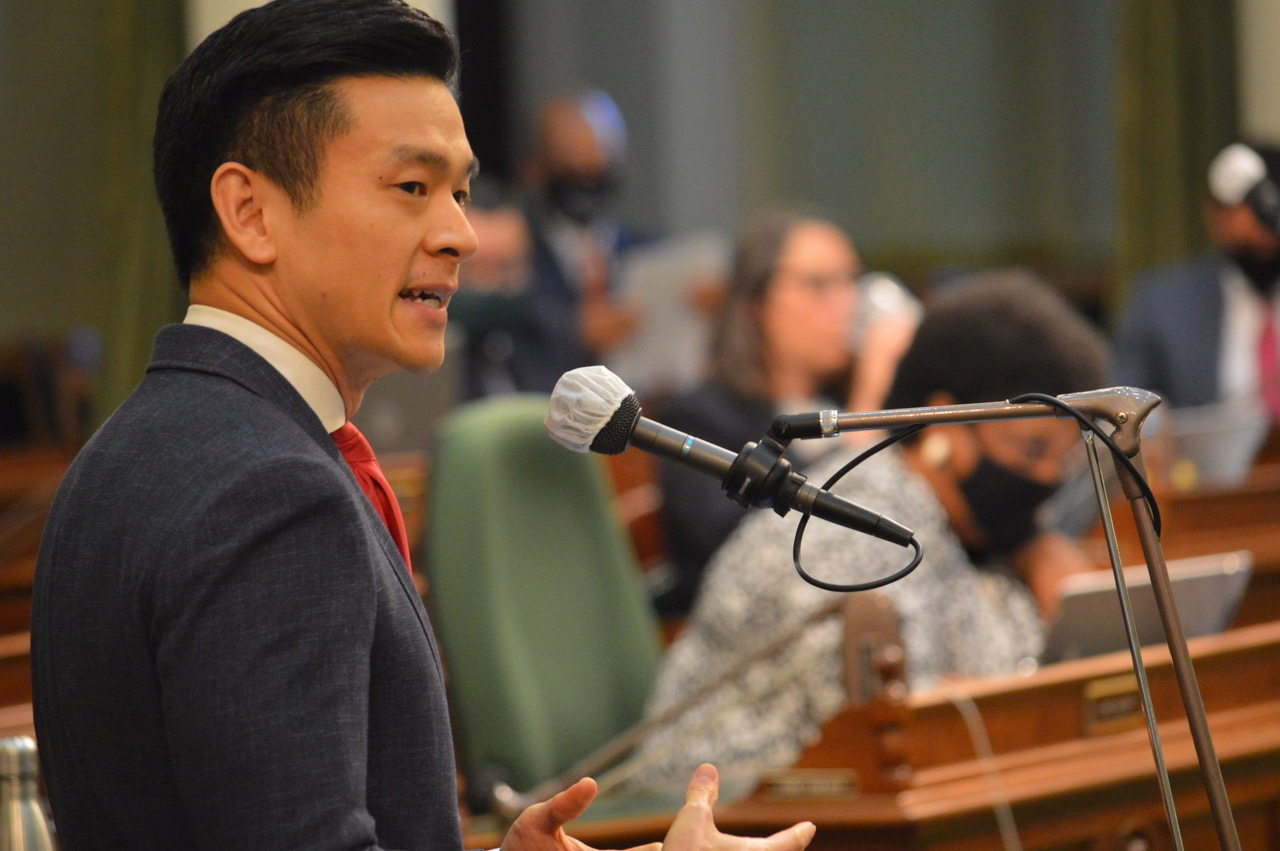 Assemblymember Evan Low (D-Silicon Valley) spoke passionately about how we must have a difficult conversation on race and how some members of his community did not want him to vote to support this measure. (June 10, 2020) (Photo by Antonio Harvey) 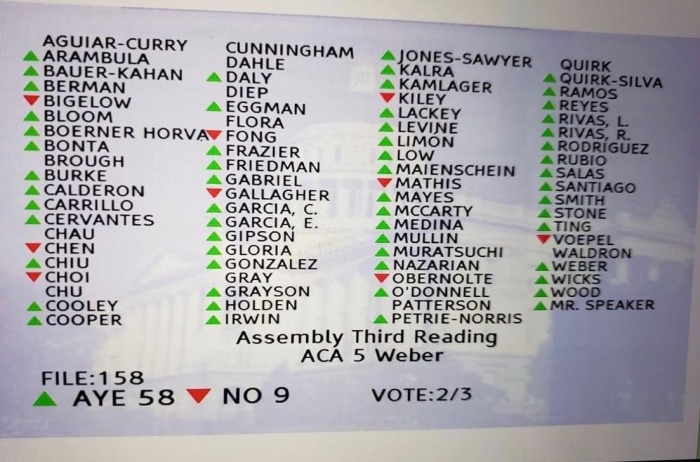