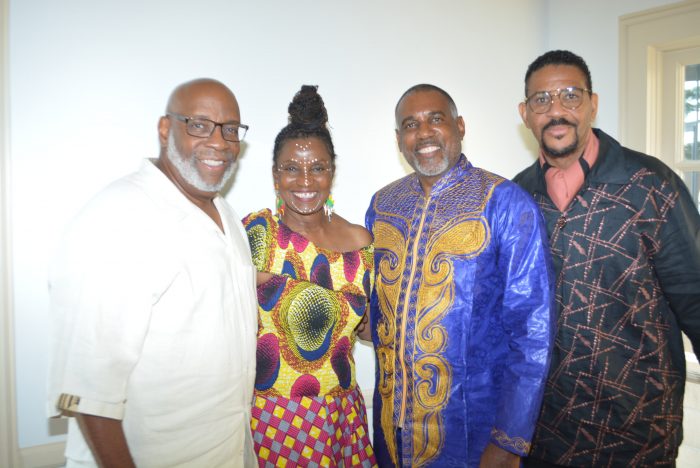 The “Honor Thy Father” Awards has been celebrating Father’s Day for 17 years, bringing recognition and awareness to outstanding fathers. The beauty of “Honor Thy Father” is that it highlights what is truly good about the family. It honors those fathers, mentors, and role models in the home, at the workplace, and in the community. It provides us an opportunity to celebrate the strength and importance of fatherhood.

This year’s honorees were Brad M. Carson, Capt. Rev. Anthony Penn and Jeffrey Carl Johnson Jr. Mr. Craig York was the keynote speaker for this year’s event, and was pleasantly surprised to also be one of the honorees.

The most surprised honoree was Mr. Jeffrey Carl Johnson, Jr. who is the proud father of Jaren Charles and Jeffery Carl III, and has been married to Faren Johnson for 28 years. He has been a business owner for 13 years, and is the owner of ROCK Renew Stone Restoration.

After 33 years of service as a Fire Captain, Anthony is a member of First Class Communicators and M.E.G. Talks, and Toastmasters International (™).  Having served as president, vice president and as an area director, Anthony has earned and achieved the highest educational and service designations.

Mr. Penn served as a volunteer for 25 years to the 28th Street and Crenshaw YMCA’s.  Chairmen of the Board of Managers, camp counselor, camp director, basketball referee, and Purple Ragger are just a few of the positions. Anthony is a proud father. His daughter is Dr. Raina Penn, veterinarian practices in Seattle, Washington.

The prestigious Community Vanguard Award went to Mr. Brad M. Carson, a deputy probation officer, serving the Los Angeles community for the past 31 years, creating job programs and services within the greater Los Angeles community, targeting at-risk youth and adults. He recognized the lack of education and jobs which fundamentally led to creating adverse conditions and the lack of opportunities for young people…specifically young people of color. Brad’s mission and purpose is to help create safe communities by breaking the cycle of the repeat criminal offender and inter-generational gang violence by creating jobs, promoting education, and addressing the spiritual, social, and economic causes. Brad was the first to bring together both Black and Brown Gang Truce Peacemakers to obtain a $54 million set-aside grant for “at-risk” youth employment on a major public works project.

Brad Carson is a licensed General Contractor, who builds affordable housing and employs “at-risk/gang members” giving them the opportunity to learn a trade and develop life skills and then sells the homes to low-moderate income families and would be homeowners or non-profit corporations for no money down and no closing costs. He co-founded United Job Creation Council (UJCC), and Jobs Create Peace Coalition.

Mr. Carson has been married for 32 years to Carmen Carson, and they have 3 beautiful children, Dr. Bianca Carson, Brittany Carson, and Christian Carson.

The mistress of ceremonies was Ms. Pearl Jr., an author, activist, journalist and producer. Gerry Foster, the master of ceremonies, has been noted as the international Master Brand Strategist who specializes in transforming products and services into powerful brands. Their wit and lively personalities kept the evening flowing at a delightful and humorous pace, while serious when necessary to be so. Margo Lovett, bestselling author and producer of “Her Business Her Voice her Conversation”, was the Red Carpet Interviewer. Entertainment was provided by Mitchell Rhodes, Dennis Flowers, Lettrice Lawrence, and Wanda Ray Willis.

The event’s Founder, Denise Estelle, delivered a heart-felt message sharing how she was inspired to create the first “Honor Thy Father” awards celebration on June 17, 2001; and why she was compelled to keep the tradition going for the past 16 years, sometimes single-handedly with no or little financial support. She explained how it was truly a divinely inspired idea, and how by simply stepping out there, with the intention of bringing good into this world, God would have her back.

The room was filled with emotion, passion, and joy, as the honorees were acknowledged for their many contributions. Their personal stories highlighted the day’s program and helped to make this year’s “Honor Thy Father” event a memorable experience for all.

With the present rates of unemployment, incarceration, absenteeism, and other social-economic dysfunctions impacting our community, the strength of the “Father – Family Bond” is of extreme importance, making this one of the most significant events each year in the greater Los Angeles community. “Honor Thy Father” heals families and brings out the best of those fathers, role models, and mentors that truly make a difference in our world, and this is what we need to turn the situation around. 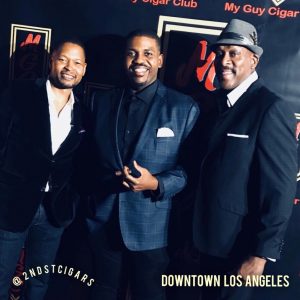 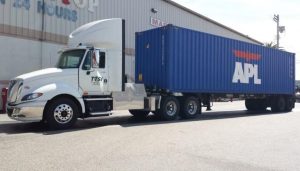