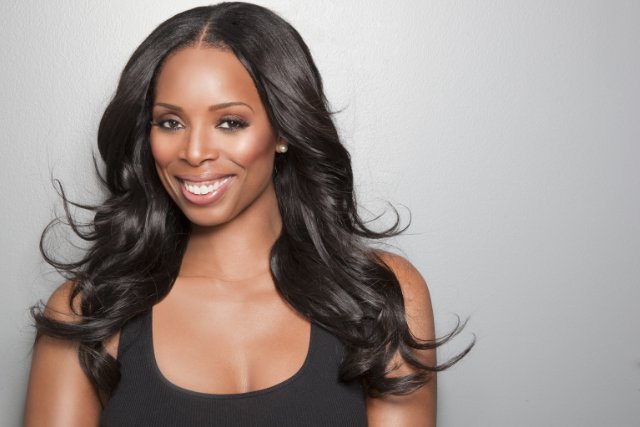 “For Better or Worse” actress Tasha Smith discusses the final season of the show and what’s next in her career. (Photo Courtesy: BlackFilm.com)

You’ve heard it right! It’s the 6th and final season of the hit OWN TV-series “For Better or Worse” and there’s lots of drama cooking up to close out the intensely hilarious show starring Tasha Smith and Michael Jai White. In an exclusive interview with Smith, we discover why the show’s ending is “bitter sweet”, how she maintains on-camera chemistry with her TV husband, and her plans to takeover the film industry behind the scenes.

LAS: What can viewers expect from the last and final season of “For Better or Worse”?

TS: This is the final season of “For Better or Worse” and there will be no more but re-runs. It’s drama, since it’s the last season. I just think Tyler Perry decided to really go for it. So there’s a lot of drama with the Marcus and Angela marriage.

LAS: Ever since “Why Did I Get Married?” you and Michael Jai White have had such an undeniable working chemistry on set, how were you both able to achieve that chemistry?

TS: Well Michael and I, we’ve been very, very close friends for a long time, he’s like a brother to me. Of course we dated way back in the day and so he’s like a brother, he’s like family, and I just feel that that really does help us to be able to work together. It just chemistry, we have chemistry.

LAS: What is it like working with Tyler Perry? How is he able to guide and direct the storyline so that fans keep coming back for more?

LAS: Many of us know your roles to be very funny, very opinionated and very real. Are you anything like the characters you play in real life?

TS: Personally, the stuff that Angela does, Tasha would not do. The creative aesthetic of who I am, I can’t really say that’s who I am. It’s what I guess people feel I am because I’ve played the role for so long, but there’s so much more to me creatively than what people have seen on “For Better or Worse” and that’s why it’s like bitter sweet that the show is over after the season. As much as I enjoyed it, it’s a blessing to be able to move on to do something different and share a different part of my art to people.

LAS: What does life after “For Better or Worse” look like for you? Is there a role you haven’t played that you’d like to?

TS: I want to play what feels right to me. Right now I’m directing, so that is a very interesting way of me being able to share my art. I have a movie coming out on TV One, September 4, that’s called “When Love Kills: The Falicia Blakely Story” and that’s a drama, it’s very different from the comedy people have seen me do on “For Better or Worse”.

I’m also directing “Tales” which is a series for BET that executive producer Irv Gotti is doing. Each episode is a different hip-hop tale, from different hip-hop songs in the 90s and 2000s. I’ve been so blessed to get “99 Problems” by Jay-Z and that’s the one I’m directing. I’m more attracted to drama, although I can do comedy very well. I’m just ready to expand and to just create and to just do something different. It’s been a blessing but as they say good things do come to an end. I’m going to miss Tyler and I’m going to miss my cast, and you know, we had a great run. 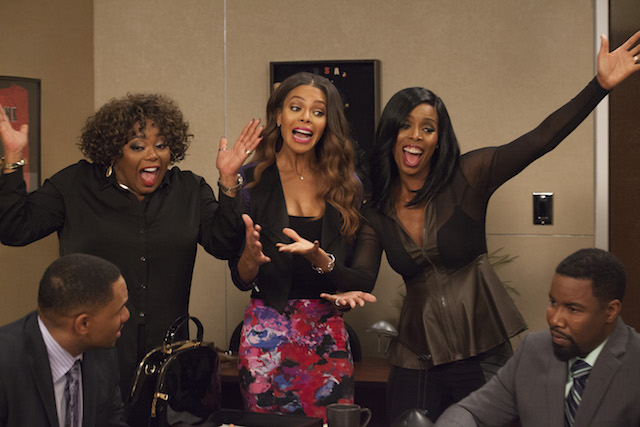 Tune in to the 6th and final season of “For Better or Worse” Saturdays at 9/8 C on OWN. (Photo Courtesy: OWN)

LAS: How does your role as a director differ from that as an actor?

TS: As a director, I have to do everything. As an actor, I’m just worried about one role, that‘s it. As a director, everything is important. Everything is something you have to be very detailed and specific about in telling a story. So for me, the job is far greater than just being the actor, there’s a lot more responsibility creatively, technically.

LAS: What do you do for fun when you’re not working? How do you relax?

TS: I travel. I love to travel. Traveling relaxes me. I’ll travel by myself. This last Christmas I just went to the Middle East for Christmas and New Year’s. I went to Qatar, I went to Abu Dhabi, I went to Dubai for ten days by myself. Before then it was Sicily, the Caribbean and then I went to Capri in Florence. Traveling is something that relaxes me and gives me peace.

LAS: Outside of the noticeable difference in hairstyles between you and your identical twin sister Sidra, many people wouldn’t be able to tell you apart. How different are you and your twin sister?

TS: My sister used to wear locs, so she decided to cut the locs and shave her head. We’re identical twins, but yes we’re very different. I would never shave my head and she would never wear a weave again.

As far as love goes, Smith says that she’s focused on what she calls “the love her life”, the Tasha Smith Acting Workshop (TSAW) and studio located in Sherman Oaks. Smith encourages all rising and experienced actors to attend. Be sure to catch the final season of “For Better or Worse” on OWN every Saturday 9/8pm Central. 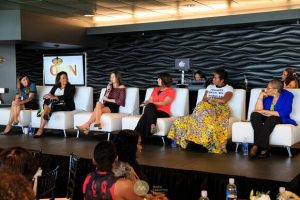 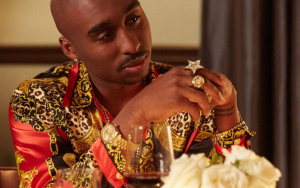 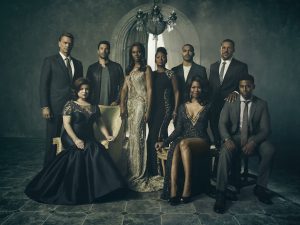 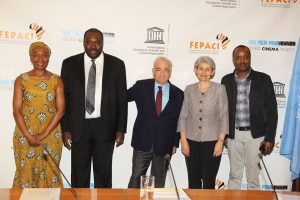