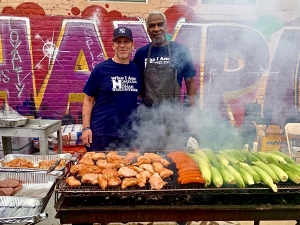 Just blocks away from the Microsoft Theatre, where the awards show took place, is Skid Row, an area in Downtown Los Angeles where an estimated 2,000 peopleare living and experiencing homelessness, mental illness and other traumas. The ailing symptoms of L.A.’s homeless crisis create the essence of the neighborhood, with a majority of its residents being Black. One BET Weekend event acknowledged this community at the 2ndAnnual “Who I Am: Homeless but Human Pop-Up Festival.” ... read more »
ADVERTISEMENT
ADVERTISEMENT
Videos
WATCH: Black Money Matters Ep. 4 – Securing The Bag: Connecting Black Business to Major Contracts