With the freeze placed on student loan repayments set to end December 31, Biden has gotten behind the Democrat-led House’s HEROES Act, which calls on the federal government to pay off up to $10,000 in private, nonfederal student loans for economically distressed borrowers. “People having to make choices between paying their student loan and paying the rent … debt relief should be done immediately,” Biden stated during a news conference on Monday, November 16. ... read more »
Rep. Moore Reveals Cancer Diagnosis and How the ACA Saved Her Life 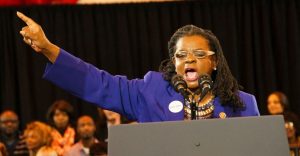 In a televised interview, Moore revealed her cancer diagnosis and where she believes she’d be if it weren’t for former President Barack Obama’s signature piece of legislation which allows her to afford the treatments and necessary medication to fight the deadly disease. ... read more »
Sen. Cory Booker Announces 2020 Run for the White House 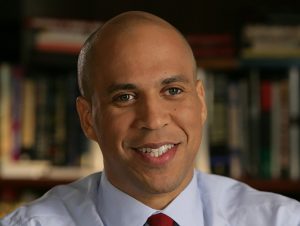 “I believe that we can build a country where no one is forgotten, no one is left behind, where parents can put food on the table. Where there are good paying jobs with good benefits in every neighborhood. Where our criminal justice system keeps us safe, instead of shuffling more children into cages and coffins. Where we see the faces of our leaders on television and feel pride, not shame,” said Senator Cory Booker of New Jersey, during a video announcing his bid for President of the United States. ... read more »
ADVERTISEMENT
ADVERTISEMENT
Videos
WATCH: Black Money Matters Ep.1