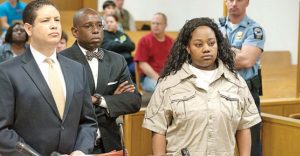 “… she wanted a better life for her son, so she enrolled him in the Norwalk public schools despite having no real ties to the city. ‘When the city found out that it was spending its money educating her boy, it demanded that Ms. McDowell be charged with a crime,’ Pattis said. ‘Norwalk prosecutors, known statewide for an unreasoning mean-streak, obliged. She was charged with first-degree larceny,’ said Norm Pattis, a trial lawyer who is fighting for freedom “one client at a time.” ... read more »
ADVERTISEMENT
Videos
WATCH Spectrum Report: Bakewell Building South LA