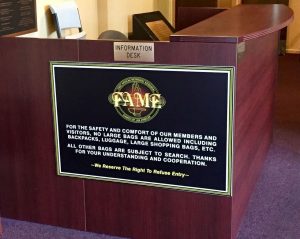 African American churches, mosques and other religious organizations are among vulnerable non-profits in California eligible to apply for security grants after Gov. Gavin Newsom approved $15 million in emergency funds this week to help religious and community-based groups protect themselves against hate crimes.  ... read more »
Legislators Introduce Bills to Regulate Police Use of Force

Police killings continue to be a significant problem in California. According to the Department of Justice figures, California police killed 162 people in 2017, and half of them were unarmed. Cities such as Bakersfield, Stockton, Santa Ana, Long Beach, and San Bernardino ranked in the top 15 when it came to nationwide police killings. ... read more »
ADVERTISEMENT
ADVERTISEMENT
Videos
WATCH: JUNETEENTH WITH CHISTOPHER PETTY