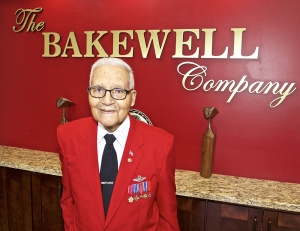 Brigadier General Charles Edward McGee had for years wanted to make it to the west coast. It never happened during his career in aviation but recently, he made one of many visits back here (post career) and landed at the Los Angeles Sentinel. McGee, one of the last living  Tuskegee Airmen who on February 5 received his new title in the Oval Office, talked to the Sentinel about what his career has meant to him and how it is significant for today's youth. ... read more »
ADVERTISEMENT
ADVERTISEMENT
Videos
Lakers guard Danny Green and Sparks forward Reshanda Gray Promote In-Person Voting