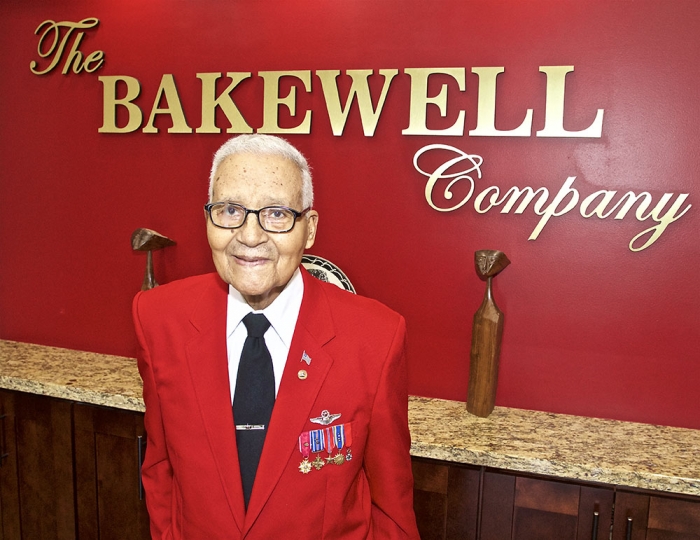 Brigadier General Charles Edward McGee had for years wanted to make it to the west coast. It never happened during his career in aviation but recently, he made one of many visits back here (post career) and landed at the Los Angeles Sentinel. McGee, one of the last living  Tuskegee Airmen who on February 5 received his new title in the Oval Office, talked to the Sentinel about what his career has meant to him and how it is significant for today’s youth.

” The  Tuskegee Airmen were group of men who, when given the opportunity were able to dispel the biases, generalizations and racist ideals that said blacks could not service this country in a technical capacity or in a war,” McGee explained during an interview last week.

“The Army said we couldn’t maintain or fly aircraft. We should cook food, drive trucks, build roads etc,. We could serve our country that way because we were physically qualified but we were mentally and morally inferior to the white man.

“Once we were together we were able to override those attitudes.”

McGee was born in 1919 in Cleveland, Ohio. His mother died during the birth of his sister while he was very young and eventually he and his siblings relocated with their father to Illinois. McGee had been attending the University of Illinois when World War II broke out. 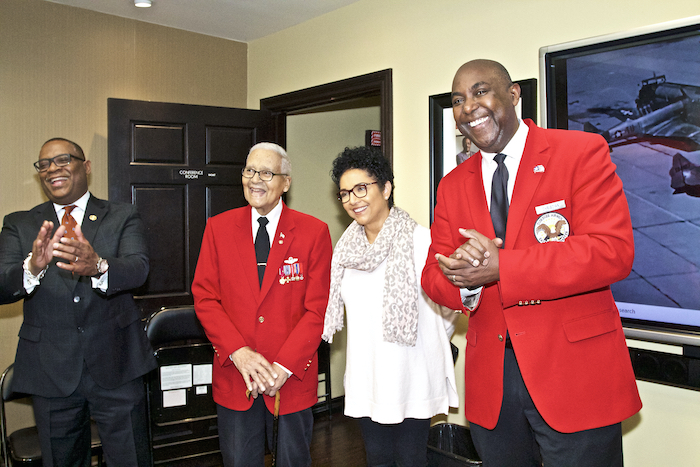 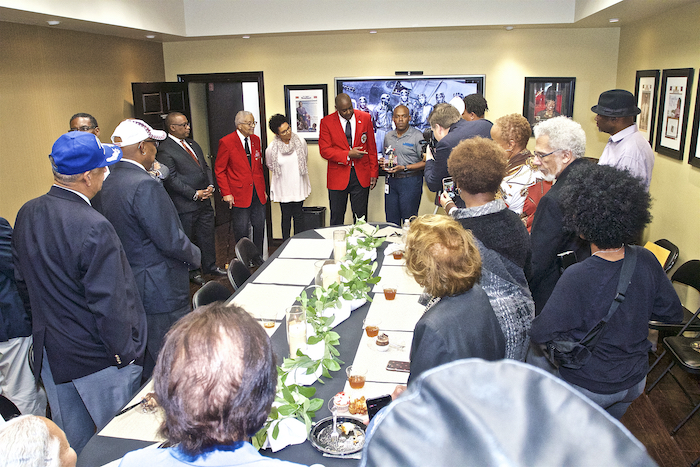 “My answer to people when they ask how I joined the Airforce is that I was trying to avoid the draft,” McGee laughingly recalled.

“Had my number come up I would have been on the ground with a rifle.”

Instead of his number, it was an opportunity to join the Airforce that came up instead.

“Because I was in school, I learned about the aviation opportunity and applied.  I passed the exams and all I can say is after my first flight I was hooked,” he said.

During his more than 30 year career,  McGee flew 409 combat missions in WWII, the Korean War and Vietnam, one of the highest number of missions in history. Among his many honors were the Congressional Gold Medal and his induction into the National Aviation Hall of Fame. Being a part of the Tuskegee team he said, has been a lifetime achievement. 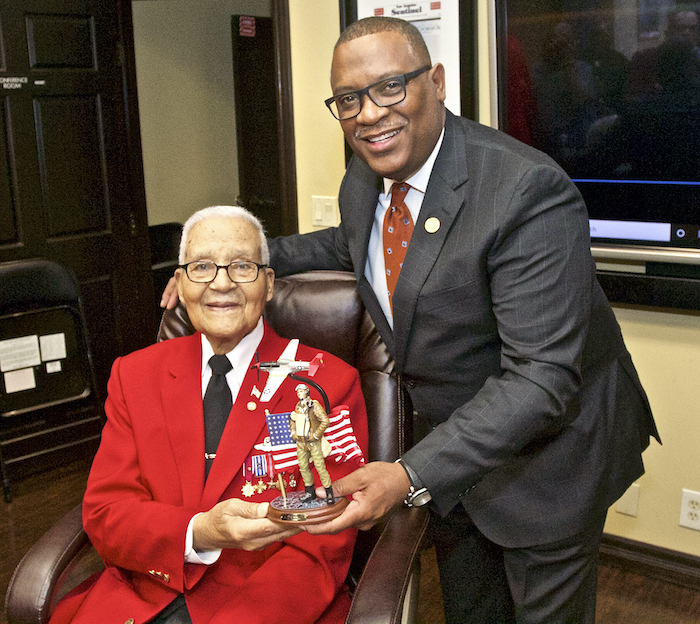 Those two were overshadowed by dogmatic segregation in America.

“We can’t say good things about segregation but we can; because it brought us together in a way that lasted a lifetime,” he said.

McGee said he could not articulate enough to today’s youth what it has meant to him to serve the country while doing something he loves.

For the youth he says there are great opportunities in the field of aviation and aerospace.

I would  tell them,  if you have the desire go for it. I give it to them in 4 p’s: perceive, prepare perform and persevere.” 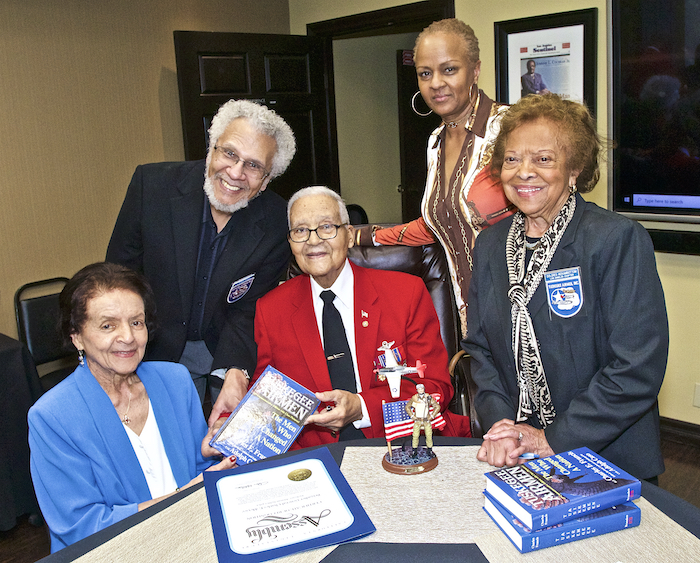 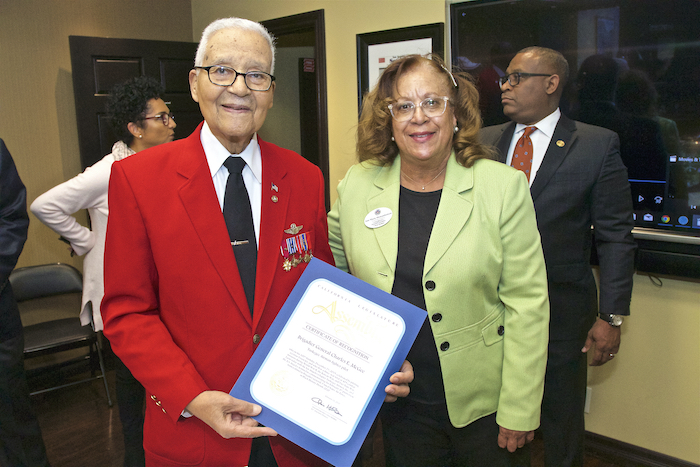 McGee, a centurion,  held many prestigious functional and honorary positions around the field of aviation. In 1978, at the age of 58, he completed the college degree at Columbia College over thirty years after his initial enrollment at the University of Illinois. Though interrupted by World War II, attaining a college degree had been a lifelong goal.

McGee served as the Director of the Kansas City airport and as a member of the Aviation Advisory Commission. For over 30 years, he has been an ambassador of the Tuskegee Airmen, Inc., giving numerous public addresses and has received accolades including the National Aeronautic Association’s “Elder Statesman of Aviation.” McGee served as National President of the Association from 1983 to 1985, and is currently serving as its president.

“Looking back to when I lost my mother I wonder what life would have been like had she lived. But none of us are promised tomorrow so you do what you need to do today…” 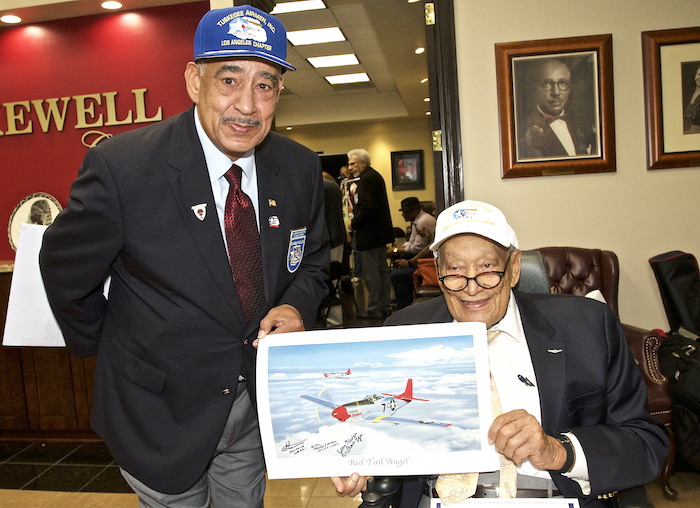 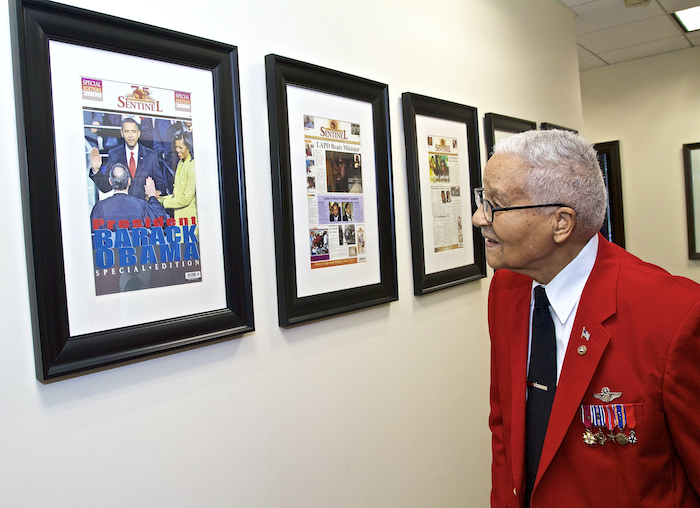