Look at the news and we hear President Trump and North Korean President Kim Jung-un “state of mind.” They’re hurling angry, frustrated insults at one another. It’s troubling. What is your “State of Mine?” That’s quite broad. It can encompass “all that is yours;” which could include “your mind,” your “possessions,” your family and more. What is the state of your affairs? Do you have burial insurance? Too often people die and relatives band together to pay for the funeral. Here are two definition and comments for “state of mind:” Psychology Today: Robert Taibbi L.C.S.W (licensed clinical social worker) states, “if you can consciously pay attention to and then deliberately shape what you think, this, in turn, will shape your moods.” This has been commonly called “keeping a gate at the entrance of your mind.” And only let in what you have stamped approved. “Miriam Webster: “a person’s emotional state; mood or condition of being; condition of mind or temperament a condition of abnormal tension or excitement.” Major depressive episode is also high among adults, which may be defined: -A period of two weeks or longer during which there is either depressed mood or loss of interest or pleasure, and -at least four other symptoms that reflect a -change in functioning, such as problems with sleep, eating, energy, concentration, and self-image. [National Survey on Drug Use and Health [Diagnostic and Statistical Manual of Mental Disorders]. Healthy Living from the Huffington Post says, “Teen suicide rates among boys and girls is climbing.” The suicide rate for girls ages 15 to 19 doubled from 2007 to 2015, reaching its highest point in 40 years, according to the CDC Center for Disease Control. The suicide rate for boys ages 15 to 19 increased by 30 percent over the same time period. The analysis looked at data from 1975 to 2015, the most recent year those statistics were available. The suicide rate for teen boys increased from 12 suicides per 100,000 individuals in 1975 to 18 suicides per 100,000 people in 1990, when it reached its highest point. The numbers then declined from 1990 to 2007 and then climbed again by 2015. The suicide rate for teen girls was lower than for teen boys, but followed a similar pattern ― increasing, then declining, then sharply spiking by 2015. Suicide is a growing public health catastrophe and “reflects dysfunctionality in our society [jgp]” Dan Reidenberg, executive director of the Suicide Awareness Voices of Education says this “should be a wake up call.” Among teen suicide causes are: heavy social media, family issues, exposure to violence to name a few and financial stress. “Uncharacteristic changes in behavior, fluctuations in academic performance and withdrawal are all signs something bigger could be occurring,” Reidenberg said. Teach the children. 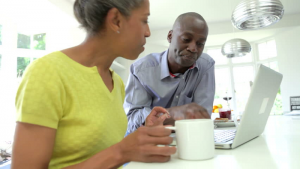 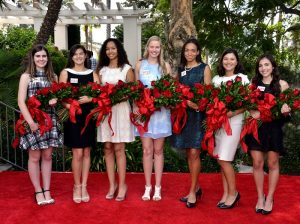