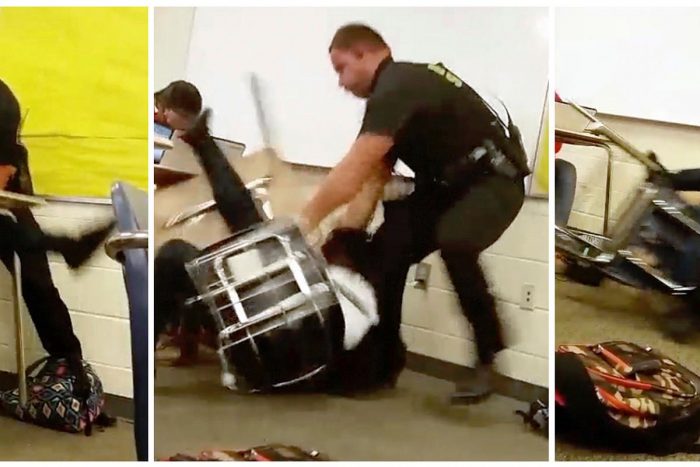 The recently released “Policing Our Students” report revealed that there has been a significant disparity in police interactions with black elementary and middle school students. The report, said researchers shows a need for reform in the arena of school safety. Instead of relying solely on police and security, they said, more funding should be directed toward counselors and community based resources.

“Diversions” or community-based services and programs offered to students in lieu of arrests or citations are rising, but not rapidly enough,” said Terry Allen, one of the lead researchers of the report as part of the Million Dollar Hoods Project.

MDH researchers, who usually focuses on arrest and jail records from the Los Angeles police and sheriff’s department to examine the costs of mass incarceration, focused for this study, on the school police department, the largest department of its kind in the country and the fifth-largest police force in Los Angeles County.

“The first is its sheer scale. Although arrests and citations are showing a slight decline, and what we call diversions, or alternatives to arrests and citations, are slightly increasing, the sheer number of student interactions with police is at odds with the purpose of education — to ensure that all students have the opportunity to learn.

“This racial disparity in contact with L.A. school police disrupts opportunities to learn for black students.”

Said Allen and his fellow researchers, Los Angeles operates the largest jail system in the world, with more than 17,000 people on average caged nightly in county prisons and city jails.

“Million Dollar Hoods maps reveal that in some communities, local authorities are spending more than $1 million annually to lock up residents, and the results disproportionately affect minority populations. The Million Dollar Hoods team has also released reports breaking down cannabis enforcement by race, access to bail by race, and how authorities police homeless individuals.”

As far as students go: “Helping schools to change the way they approach discipline and safety will also help encourage them to move away from correcting the behavior of students,” they said. “For example, many schools are failing our black students by ignoring the underlying causes of their behavior.”

Million Dollar Hoods is a project run by UCLA’s Bunche Center for African American Studies under the leadership of Kelly Lytle-Hernandez, interim director of the center and professor of history. Using “big data,” Million Dollar Hoods researchers have documented how hundreds of millions of dollars are wasted every year on ineffective and inequitable law enforcement.