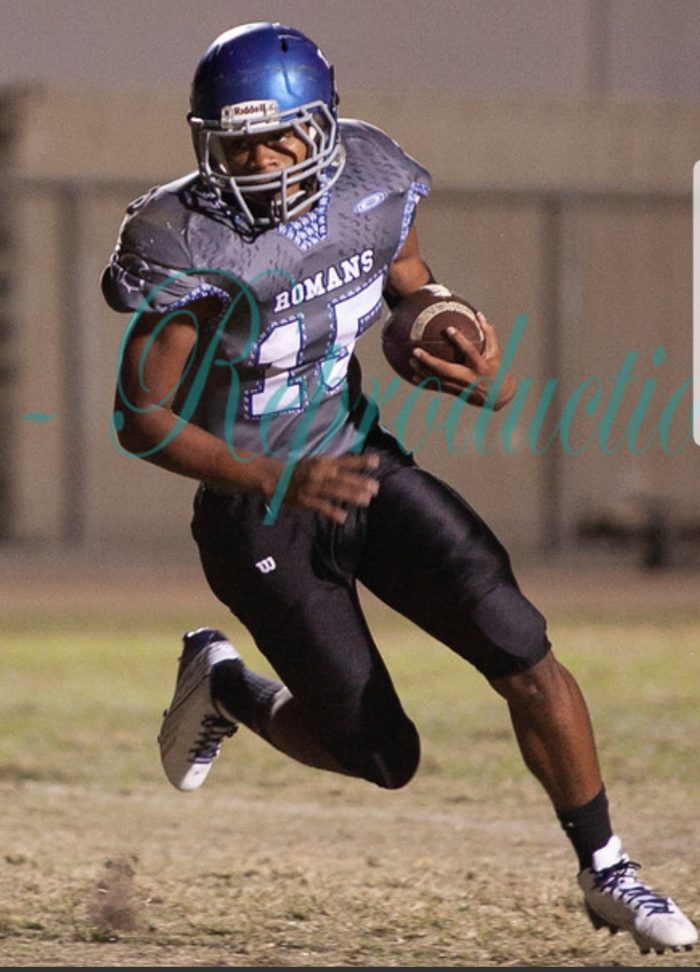 “My very first game, I was a little bit nervous. I never played the actual sport,” said Los Angeles high school senior quarterback Tommy Legardye. “Once I got my first hit, I was like “I’m ready” in the game what [my opponent] did to me, I should do it back.”

When Legardye started playing for the L.A. Romans football team during his 10th grade, he knew nothing about the sport.

He since then has excelled in gameplay, leading the Romans to a 7-3 overall record. At the end of the season, Legardye was named on the 2018 CIF All-City First Team. He was named as captain of the team this year, he believes that his coaches gave him the position because of his work ethic.

“I come to practice every day, I come here every day after school,” he said. “I work hard and just practice and just build my game up to be a better athlete and go to the next level.”

He has scored at least one touchdown during eight different games during the 2018 season.

Legardye has put up major numbers at the quarterback, defensive back and running back positions. During the Roman’s 28-22 win against the Washington Prep Generals, he had 133 rushing yards and 98 kick return yards. Legardye referred to that match-up as his best game.

“We came to overtime,” he said. “I told my teammates ‘lets play hard, don’t give up, if somebody falls, pick each other back up, we got this,’…and they listened.”

The quarterback role is a role Legardye took on as a senior. In a span of nine games, he completed 49 passes for 104 yards and made 14 touchdown passes. Legardye mentioned how he had to break down his coach’s instruction to overcome challenges of the position.

“It’s more strategies and poses you got to figure out to get by the obstacles,” he said. “Over the games, I’ve been progressing good, not the way I expected myself like an NFL player though, but it’s steps I had to go through to make myself get better at that position.”

Legardye had 14 tackles in L.A. high’s 32-28 win against Roybal and he made three interceptions when Los Angeles routed Maywood CES 56-8.

Growing up, Legardye played soccer in elementary and middle school. He played soccer for fun during his ninth grade year; he sees how soccer can prepare him for a successful football career.

“I know both sports is mainly running, they are both physical,” Legardye said. “Since football season is over, I thought that if I do soccer, it might help me build my stamina up for me to go to the next level for football.”